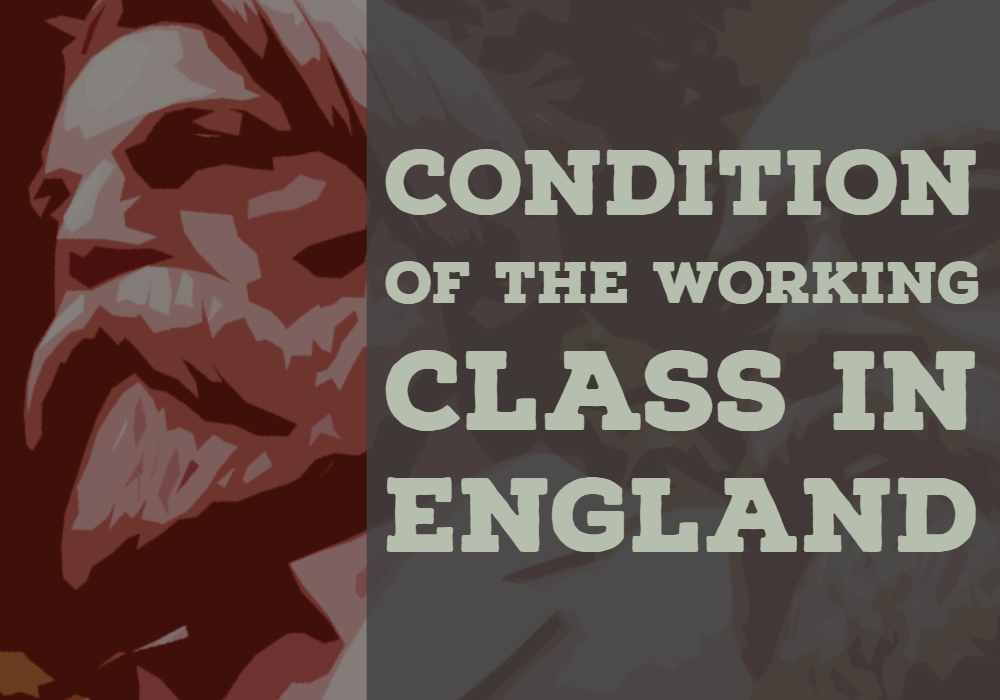 The Condition of the Working Class in England is a study of the industrial working class in Victorian England. Engels' first book, it was originally written in German as Die Lage der arbeitenden Klasse in England; an English translation was published in 1885. It was written during Engels' 1842–44 stay in Manchester, the city at the heart of the Industrial Revolution, and compiled from Engels' own observations and detailed contemporary reports. After their first meeting in 1844, Karl Marx read and was profoundly impressed by the book.

Written: September 1844 to March 1845;
Published: in Leipzig in 1845;
The English edition (authorised by Engels) was published in 1887 in New York and in London in 1891;
Source: Panther Edition, 1969, from text provided by the Institute of Marxism-Leninism, Moscow;
Copyleft: Marxists Internet Archive;
Marxist.com version: HTML reworked (footnotes) and small edits, November 2019;