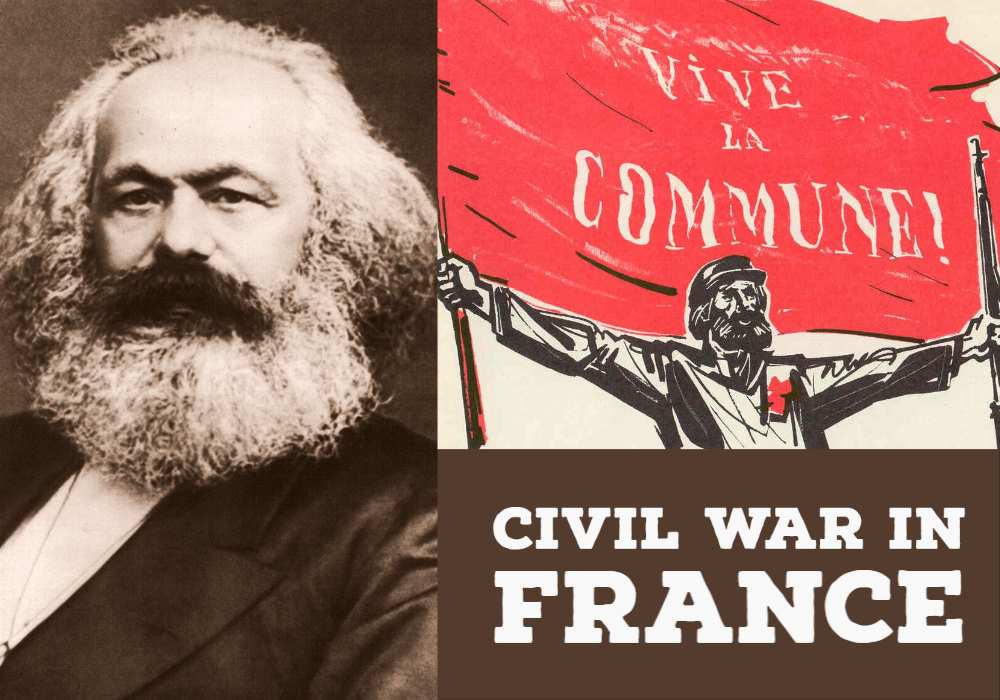 Written by Karl Marx as an address to the General Council of the International, with the aim of distributing to workers of all countries a clear understanding of the character and world-wide significance of the heroic struggle of the Communards and their historical experience to learn from. The book was widely circulated by 1872 it was translated into several languages and published throughout Europe and the United States.

Publication Information: The Civil War in France was originally published by Marx as only the third address (here comprising Chapters 3 through 6) separated into four chapters. In 1891, on the 20th anniversary of the Paris Commune, Engels put together a new collection of the work. Engels decided to include the first two addresses that Marx made to the International (Chapters 1 and 2) – in this way providing additional historical background to the Civil War; Marx’s account of the Franco-Prussian War (July to September, 1870). In this publication, basic titles have been provided for each numbered chapter, to give the unfamiliar reader a basic guide to the historical events each chapter discusses. Also, Engels' 1891 introduction has been separated into two parts: an introduction and a postscript.