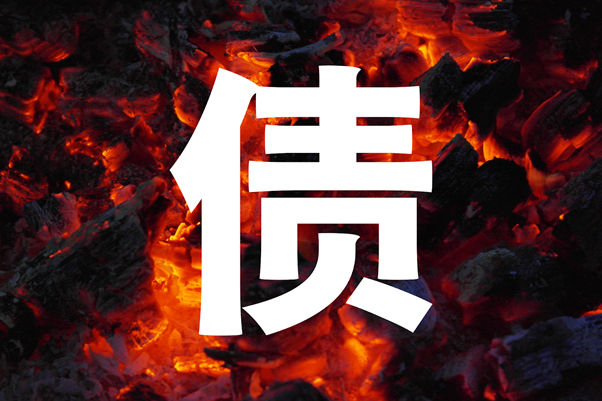 A string of bond defaults by hitherto top–rated Chinese state owned companies in November has cast a shadow over China’s relatively firm economic recovery from the downturn set off by the COVID–19 pandemic. This shows that the Chinese state is fundamentally unable to avoid the organic crisis of the capitalist system.

Thus far this year, over 11 Chinese state owned enterprises (SOEs) have defaulted on their bonds. In other words, they are unable to pay the installments on their debts. This is significant because SOEs are often assumed by investors to be backed by the Chinese state and therefore not at risk of defaulting, virtually guaranteeing a return on investments. This year, however, they have had a rude awakening from this dream investment. According to the Chinese media group Caixin, this year’s SOE bond default affects over 47 Billion RMB (around 7.1 Billion USD) worth of funds. SOE defaults also account for 35.05 percent of all defaults in China this year. (“信用债塌方”，《财新周刊》，2020年第45期， 2020年11月23日). This is not an inconsequential portion of what state media Global Times triumphantly declared to be the second biggest bond market in the world.

The 11 SOEs that defaulted this year include corporations across many provinces and industries, potentially affecting hundreds of thousands of jobs in the mining, forestry, chemical, energy, machinery, real estate, and electronics industries. But primarily it was the default of Yongcheng Coal, Tsinghua Unigroup, and Brilliance Auto that alarmed the market and the state. These SOEs all defaulted within the same month, despite having been considered to be top–rated enterprises. As the Financial Times explained:

“The developments have rattled China’s nearly $4tn corporate debt market, of which state-owned enterprises are estimated to account for more than half. In the week after Yongcheng Coal’s default, at least 20 Chinese companies suspended plans for new debt issues totalling Rmb15.5bn ($2.4bn), all citing ‘recent market turmoil’”.

Most of these SOEs’ bonds were initially given the top rating of “AAA” due to their direct ties to the various regional governments of China, as well as an illusion of being highly reliable enterprises. Behind this facade, however, lies an accumulation of deceits and irresponsible risk–taking, and wrongdoings. Unfortunately for the well–paid management of these SOEs, however, there is a Chinese saying that “paper cannot wrap up a fire”, meaning that you cannot cover up anything forever.

Henan Energy and Chemical has not only shifted their problems onto their subsidiary’s books, but onto their workers as well. Over 178,000 workers are employed by Henan Energy and Chemical. In late 2018, the SOE began to delay wage payments to workers, at times with delays as long as four to five months. Since December 2019, many workers complained that they were not paid wages at all. The Henan government finally responded to these complaints in April, and again in September 2020, admitting the problem and promising they would clean up their finances and prioritise the guaranteeing of workers’ wage payments. We are, however, yet to see the result of these promises. (“信用债塌方”，《财新周刊》，2020年第45期， 2020年11月23日)

Brillance Auto, known for being the partner of international car brands such as BMW, Renault and others in China, is yet another telling example. This Liaoning government owned automaker used to employ over 40,000 workers and generated 200 billion RMB (30.6 billion USD) in revenue. Now, however, it has been declared bankrupt. It’s CEO Qi Yumin is now under investigation for a “serious breach of regulations and the law”. Qi was a high ranking Communist Party official in the Liaoning SOEs and the former deputy mayor of Dalian City. Once again, behind the reliable image of Brilliance Auto lurks over one billion RMB worth of unpaid bond payments, unpaid debts to suppliers, and general mismanagement. The banks were the first to notice the problems with Brilliance Auto. An informant told China’s Time News Finance publication:

“Signs of this matter (the bankruptcy) in fact appeared in August. At the time the Brilliance-BEA Auto Finance Co’s wholesale loan (inventory financing) to car dealers ended, because the banks stopped giving them money, as the latter considered the risks of Brilliance enterprises to be too high. This puzzled us (at the time), because this business’s profitability was supposedly guaranteed”. 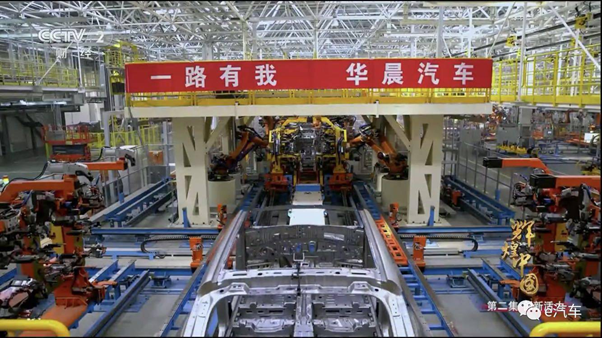 Brillance Auto, known for being the partner of international car brands such as BMW, Renault and others in China, has gone bankrupt / Image: Car Observer

These stories of cover–ups should sound very familiar to readers in the West, who are used to the corporate scandals and downfalls that ceaselessly arise over the years. Some may point out that the difference in China is the role of the state, whose ownership and backing of these gargantuan SOEs gave a veneer of invincibility over market fluctuations and therefore allowed management to act with impunity, thereby accumulating all the problems that eventually burst out. The state’s role certainly exacerbated the problem in this case, but it is not the fundamental issue. What we are witnessing is the result of the crisis of capitalist overproduction, which is a direct result of China’s transition to capitalism. The capitalist system is not driven by the needs of society, nor is it driven by the direct intentions of people or the state. It is driven by the hunt for profit. Each capitalist, in competition with others, is forced to constantly maximise profits by expanding its production, while at the same time keeping their costs – such as wages – down. With all capitalists acting in this manner, production is taken beyond what the market can absorb. There are too many commodities, too many machines, which inevitably leads to a crisis. The capitalists can temporarily overcome this by means of credit. However, as we know, sooner or later debts will have to be paid back. Overproduction crises are inevitable under capitalism. Over the past 12 years we have seen the Chinese ruling class raking up huge amounts of debts in order to deal with overproduction. The state bureaucracy, managers and capitalists have all been pushing to expand production on the basis of loans, in order to maintain profit levels. This process, however, is now coming back to haunt China.

In response to the rapid succession of high–profile defaults, the so–called Chinese “Communist” Party convened a meeting of top finance officials, chaired by China’s economic tsar and Vice Premier Liu He. Liu declared a “‘zero tolerance’ approach to misconduct in financing deals, such as misleading disclosures, or attempts by companies to evade their debts”. What is implied here is that the state is no longer going to tolerate these high risk behaviors by the SOEs and will no longer guarantee bailing them out. It also conveys to investors that they should discard the assumption that SOE bonds bear no risk at all.

What are the immediate implications for withdrawing state bail outs? In an interview with state media People’s Daily, Zhongshan Securities chief economist Li Zhan points out that these events will shift lending preferences away from regional governments that are financially weak and with frequent credit risks, such as the Northeast provinces and Henan. SOEs and industries facing overproductivity issues would also suffer a credit crunch. In other words; loans would go from bad enterprises to better–performing ones, thereby fulfilling the CCP state’s goal of optimising the economy via a “healthy market.”

But is the story as simple as Liu He, known as a strongly pro–market voice within the Xi regime, claims it to be? Although these enterprises were accumulating problems of their own, their defaults were triggered by an overall crunch in bank lending that followed from a period of expansion in lending to businesses to support them in the economic downturn caused by the COVID-19 pandemic. A similar wave of defaults took place when a deleveraging campaign was launched in 2018 that restricted borrowing to local governments, financial institutions, businesses and individuals. 2018's campaign also took place after years of massive state stimulus policies through expanding loans, which was done to protect China from the impacts of the 2008 economic slump.

But these SOEs are tied to the finances of the regional governments, who cannot absolve themselves of the handling of these crises, for they would face serious social and economic fallouts, not least including the fightback from the workers whose jobs are affected by these failures at the top. On November 20, Shenyang City’s Intermediate People’s Court granted Brilliance Auto’s request for a bankruptcy reorganization to avoid total bankruptcy. The state had to act and preserve these faulty SOEs to avoid a social crisis. 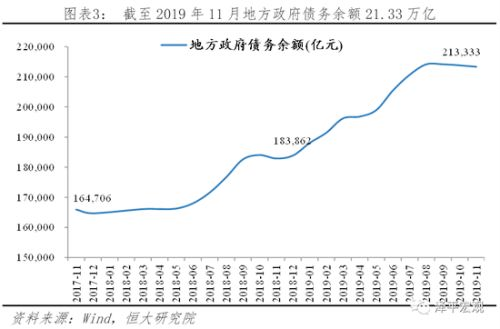 Ultimately, we have a picture developing of an extremely contradictory situation, in which the SOEs and regional governments have to be kept afloat through debt to avoid immediate collapse and instability, while this expansion of credit only paves way for more crises down the road.

This is the very same problem faced by all major economies across the world, differing only in degrees. While China’s overall debt to GDP ratio appears lower than Japan or many Western countries, some regional governments have turbulent days ahead. Ren et al’s report identified the provincial governments of Qinghai, Guizhou, and Hainan as provinces with the highest debt risks. The Peak Debt is also projected to concentrate between 2020 – 2024. It is also important to note here that these figures were given before the COVID–19 pandemic.

The latest string of SOE bond defaults are then the expression of the completely unavoidable crisis of the capitalist system. No matter how many times the CCP and its sympathizers abroad claim that it is a “socialist country” or a “workers' state,” China’s economic problems are fundamentally caused by its capitalist economic system that is entering into a crisis of overproduction. The expansion of credit and the liberalisation of the financial markets under Xi Jinping were only attempts that delay rather than avoid this problem. In Reform or Revolution, Rosa Luxemburg sums up the double effect of credit succinctly:

“We see that credit, instead of being an instrument for the suppression or the attenuation of crises, is on the contrary a particularly mighty instrument for the formation of crises. It cannot be anything else. Credit eliminates the remaining rigidity of capitalist relationships. It introduces everywhere the greatest elasticity possible. It renders all capitalist forces extensible, relative and mutually sensitive to the highest degree. Doing this, it facilitates and aggravates crises, which are nothing more or less than the periodic collisions of the contradictory forces of capitalist economy.”

The CCP and their supporters claimed repeatedly that their strong party–state apparatus is capable of regulating away the structural problems with close monitoring and occasional fierce interventions, but the “socialist market economy” shows that it is the market that is towing the so–called “socialist” state bureaucrats, not the other way around. The economy continues to slow down, while debt continues to accumulate.

On top of all this, China does not exist in a vacuum, but in a world already undergoing the sharpest slump in centuries. The trade war with the US is also unlikely to ease significantly with the coming Biden administration as the latter seeks to work with the EU against China, and that is only one of many external factors that put pressure on the Chinese economy.

It remains to be seen how the CCP state will handle the situation in the coming period. It cannot be ruled out that they may resort to Keynesian measures. Occasional nationalisation/re–nationalisation of certain enterprises may also be on the cards to pacify social crises. No matter what they do, sooner or later the debt has to be paid. Turmoil and instability are on the agenda in China, and with them, class struggle.