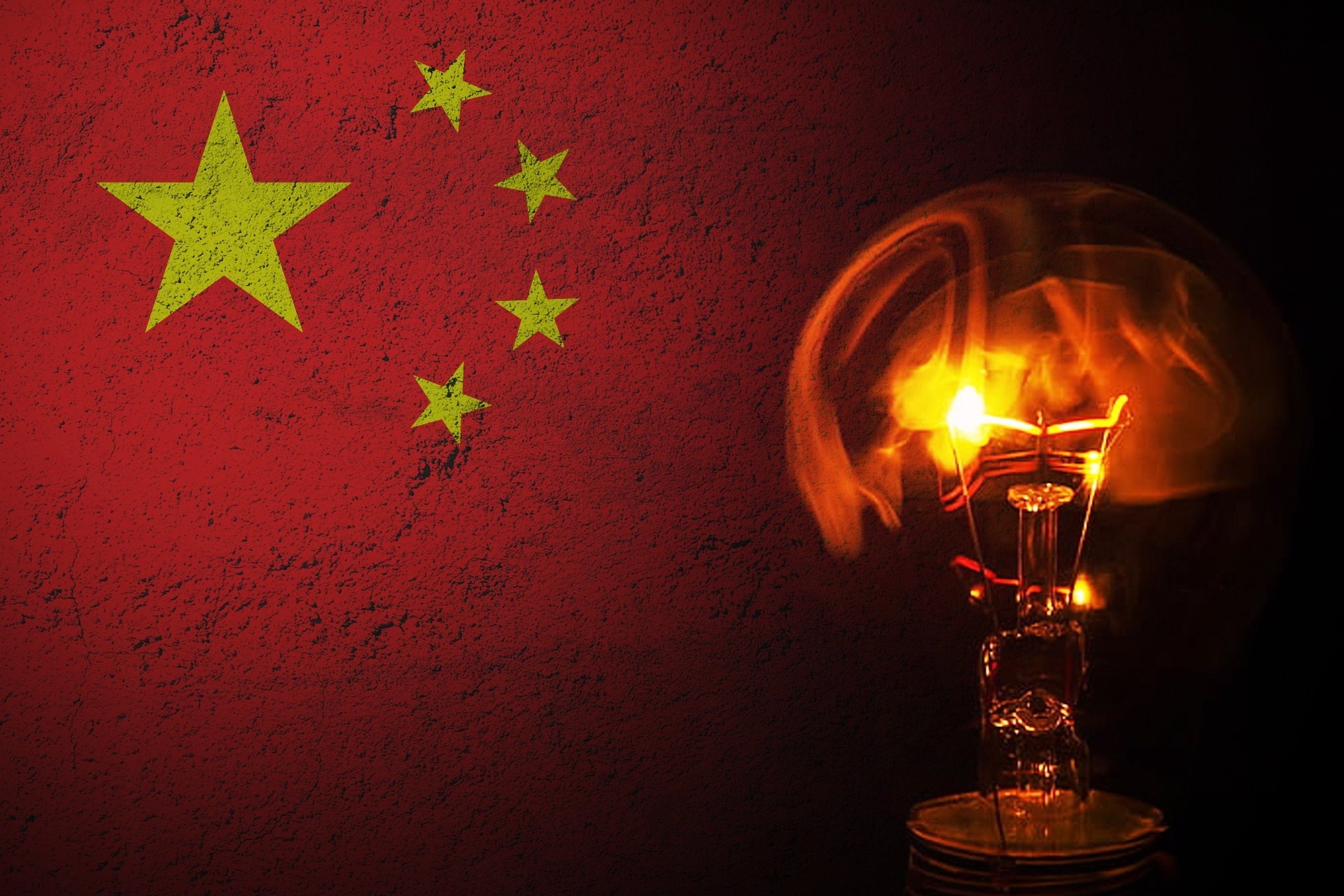 Three northeastern provinces of China have endured weeks of power usage restrictions. This policy is set to continue, and has started to be applied elsewhere, though it remains most severe in the northeast. These provinces are the former industrial centres of China, which were ravaged by unemployment after the transition to capitalism. Now, they are being subjected to power restrictions that are wreaking havoc with public services and households alike.

Given China’s relatively swift recovery from the economic crisis caused by the coronavirus pandemic, and the CCP regime’s braggadocious talk of a ‘Great Revival of the Chinese Nation’ and an ‘End to Poverty’, how are these outages to be explained?

Why are there power shortages?

In fact, this policy to throttle power supplies had been foreshadowed. As early as this summer, people in some parts of China were experiencing power supply shortages and blackouts. Initially, they were not given any explanation. Only a few days later did they find out that this was the result of the state rerouting their electricity to supply industrial usage elsewhere.

The strain on the power supply in recent times is the product of a confluence of developments inside China.

Firstly, the price of coal used to fuel thermal power plants has skyrocketed. A major contributing factor to this is the ongoing clash between China and Australia. In recent times, the right-wing government of Australia under Scott Morrison has increasingly sided with US imperialism in their ongoing economic and political battle with China.

In 2020, Morrison further provoked China by joining with Donald Trump in calling for a “weapon inspector” style investigation of the origins of COVID-19 in China. As a response, China announced that it would ban coal imports from Australia in December 2020, which were worth over $14bn USD.

This move might have punished Australia economically, but it also led to consequences that severely affected China. As of 2020, over 70 percent of China’s power supply still came from coal-fueled thermal power plants. The sudden banning of Australian coal imports drove up the price of other types of coal, with coking coal prices rising by more than 1,000 RMB (around $155USD) per ton in a month.

This development created a chain reaction. Firstly, although many power plants are still state owned in theory, the state has no control over the coal market, and many power plants have been subjected to a slew of measures that make them more responsible for their own financing in the state’s bid to “marketise the energy sector.” In other words, the plants and the power companies have to stay afloat by generating profit from the market rather than getting the necessary resources allocated by the state.

As the coal prices skyrocketed, many power plants found that they’d lose money by generating electricity. On the other hand, it would be profitable for them to resell the coal in their inventory. This is a clear indictment of the irrationality of profit-based production, in which essential commodities are nothing but exploitable resources to line the bosses’ pockets.

Concurrent with the complications caused by coal prices, China’s relatively strong economic recovery from the global pandemic also drove the capitalists in other sectors to massively ramp up production in order to maximise their profits. The increased demand for electricity from these capitalists led the bosses in the energy sector to divert power away from the northeastern provinces towards more lucrative regions.

Finally, the CCP regime’s hamfisted and hasty implementation of a new renewable energy grid has also led to a shortage in the existing power grids, which in turn made the power supply unstable. This situation is described by an expert writing in China’s Energy (能源) Magazine:

Obviously, we are in favour of greener energy production in order to avert the climate crisis. On the basis of a healthy workers’ regime and a democratically planned economy, making the necessary investment in renewable energy infrastructure would be a priority, and could be carried out with no detriment to the lives and livelihoods of workers employed by the energy sector, or those currently reliant on polluting energy sources.

However, the government’s crude and one-sided policies led to the newly built renewable energy grids that are not yet ready for use, while older plants are already getting shut down. This has left thousands of people without enough power to use.

In the final analysis, a catalogue of problems led to these power restrictions, all of which flow from the profit motive underpinning the marketised energy sector, and the narrow-minded mismanagement by the CCP.

Some local governments did not even bother to wait for orders from the central government, and simply took the lead in stopping residential power consumption, prioritising the key (and most-profitable) sectors of industry for access to the limited power supply.

A genuine socialist society faced with a power shortage would be able to limit unnecessary industrial production if necessary to supply critical sectors, without any loss in pay or jobs for the workers, while ensuring that people’s daily lives experience as little disruption as possible.

But China is not a socialist society or worker’s democracy. The CCP regime treats people’s livelihoods as dispensable, while the interests of the capitalists take priority.

Who suffers the consequences?

Before the blackouts, the government failed to take any action to explain or even notify the populace of these policies or the reasons behind them. Many people initially had no idea what was going on, and were taken aback by the sudden measures, which caused utter chaos across communities in the northeast.

Many hospitals were not given notices for the power shortages, and have had to rely on their own generators to scrape by, placing many lives at risk. 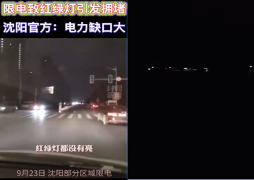 Shenyang during one of the blackouts. Some places don't even have power to run their traffic lights / Image: Fair Use

While some factories were kept open by rerouting power, many others faced outages. For example, a steel plant owned by the Liaoning Penghui Casting Corporation (辽阳澎辉铸业公司) suffered a blackout during production. The consequence of this unexpected blackout led to serious accidents, with 23 workers suffering gas poisoning.

Millions faced major disruption to their daily lives, and were even subject to life-threatening situations. Some people found themselves suddenly trapped in elevators, others lost the ability to contact friends and family, and many were unable to eat hot meals due to the blackouts.

One family had to resort to burning coal indoors to keep warm as indoor heating was gone, only to suffer carbon-monoxide poisoning as the ventilation fan of their building’s ventilation system was also shut down. Their lives were fortunately saved by their neighbours.

These power outages literally reduced many households to pre-industrial conditions overnight! So much for the ‘Great National Revival’. One angry resident took to Weibo to vent their frustration and place the responsibility on the state:

Any blackouts or power restrictions should have been done methodically and with a plan. This is especially true for workplaces in the industrial and mining sector. Sudden blackouts could cost lives!... If they (the government) kept on doing these disorderly blackouts, then the lives of ordinary people would definitely descend into chaos. I hope the power departments stop behaving like children!

It is clear from this saga that the CCP regime has a callous disregard for the lives of working-class and poor people in the northeast provinces. The state even took measures to redirect power from certain regions to guarantee the power supply of more “important” regions.

For instance, the brightly lit Shenzhen area stands in stark contrast to the bitterly cold and dark northeast. Shenzhen is home to some of the biggest corporations in China, among them Huawei, Tencent, and Evergrande. Here we would witness the differing treatment between the capitalist class and their interests as opposed to that of the working class during a time of shortage. 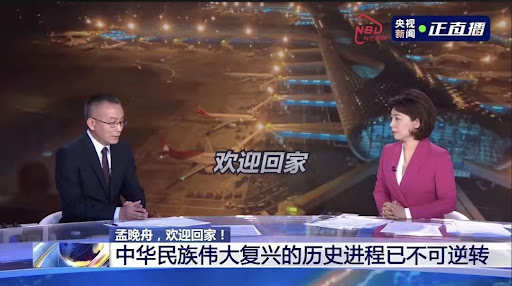 “Welcome Home Meng Wanzhou! The great revival of the Chinese nation is already an irreversible historic process!” / Image: TwitterAs the latest power shortages ravaged millions in China, the CCP was busy celebrating the release of Huawei’s CFO Meng Wanzhou, ending her house arrest in Vancouver following a deal reached with US imperialism. One internet user summed up the difference in attitude that the CCP state has towards the rich and poor:

...isn’t it strange that the people of the northeast have no water and electricity seems to be less important than a rich person returning home?

This episode reveals the utter hypocrisy of the co-called communist regime, which thumps its chest with nationalistic pride at the return of one of its favoured capitalists, while at the same time literally plunging millions of working-class citizens into darkness. 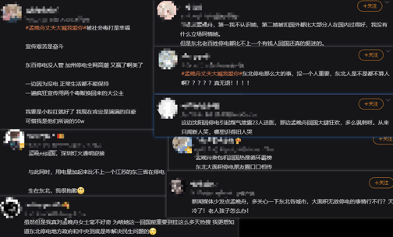 Scores of people from the Northeast were enraged by the omnipresent coverage of Meng Wanzhou’s return, while their own stories face censorship. Many ask: “why is it that we are the forgotten ones?” / Image: Weibo

A Great National Revival, or a Giant Contradiction?

As we have explained repeatedly elsewhere, China is on the verge of enormous instability, due to the contradictions inherent in capitalist production.

The criminal thugs at the head of the state, with Xi Jinping at their core, are attempting to resolve these contradictions through commandments from the top. However, on the basis of a capitalist market economy and profit-led production, these bureaucratic edicts not only fail to solve the problems, but also create even more crises.

This is the fundamental reason for the energy crisis that is taking place in China today. Under capitalism, private profit trumps all else, including essential human needs. The only solution is the establishment of a democratic economic plan, produced from the bottom up under a worker’s democracy.

This is how to effectively advance an energy transition plan sufficient to deal with the effects of climate change. The primary obstacle standing in the way of this workers' democracy to form is none other than the Chinese Communist Party regime and the capitalist class they represent.