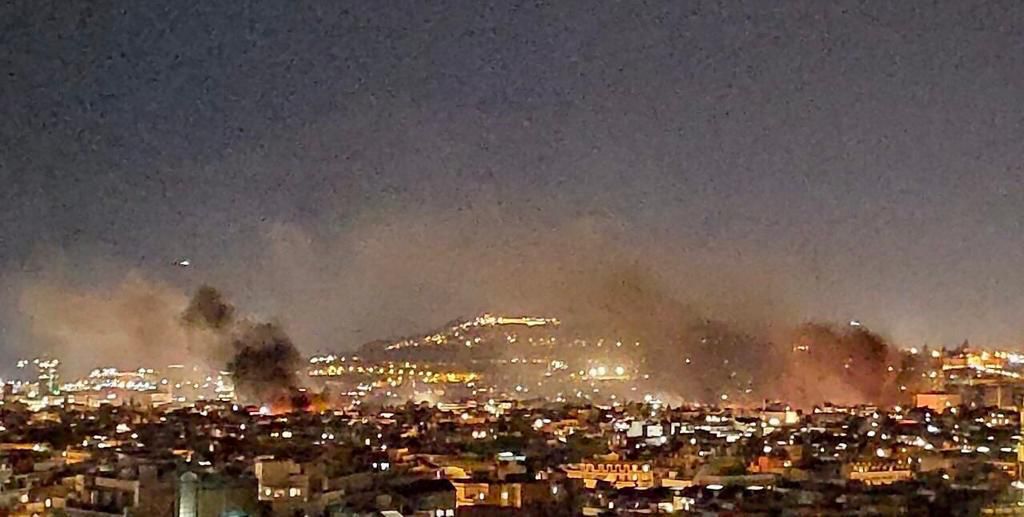 "Barcelona has seen more barricade fighting than any other city in the world", wrote Engels in 1873. Yesterday, Barcelona stood by this reputation. Various republican and democratic organisations called peaceful vigils across Catalonia to protest against the sentences faced by the political prisoners. In Barcelona, as well as in other localities, the demonstrators – including families, elderly people, and children – were attacked by Spanish and Catalan riot police, charging at them with truncheons, rubber bullets, and stun devices.

This comes after the episodes of brutal repression at the Barcelona airport. All this has stoked up anger and frustration, which builds on the outrage at the sentences, producing an explosive mix. Dozens of barricades went up last night across the city after the police charges. The yellow vests are an inspiration, but also the movements in Hong Kong and Ecuador. The setting up of barricades was not the work of small groups of rioters, but of thousands of enraged youth. On Monday as yesterday, it has been the youth that has been at the forefront of the struggle.

More protests are scheduled in the coming days. A general strike has been called for Friday. Yesterday, dockworkers in Barcelona voted to join the stoppage. Although this strike has been organised by minority unions, it will become a mass day of action where the organised working class will enter the scene. Yesterday, there were scuffles between police and firefighters who had been called to put out fires at the barricades. Firefighters and dockers played a key role in the events of October 2017.

In the present circumstances, consciousness advances in leaps and bounds. The sentences have served to discredit the regime even further in the eyes of the masses in Catalonia and also elsewhere in Spain. But, most importantly, these events are helping bring about the necessary process of political clarification and differentiation within the republican camp. There is a gaping contradiction between the nature of the struggle for self-determination in Spain, which is a revolutionary task, and the character of the leaders at the head of the movement: the spineless, petty-bourgeois nationalists of the ERC and PDECAT parties.

The Catalan police, who have carried out the lion's share of the repression, follow orders from the Catalan government. These leaders are in an impossible situation, shedding crocodile tears at the sentences and claiming to support the protests, but also cracking down on them with force to maintain "law and order" and, most importantly, to avoid further confrontation with the Spanish state, which is cleverly leaning on these cowardly leaders to maintain control over the situation. The central government threatens to suspend Catalan autonomy (partially or completely) if regional authorities fail to check the protests. Today, Pedro Sánchez is meeting opposition leaders Pablo Casado (from the right-wing PP), Albert Rivera (from Ciudadanos), and, scandalously, Pablo Iglesias, from Unidas Podemos, which used to defend self-determination but has now adopted a shameful equivocal position. They will discuss possible ways to strengthen the hand of the state in Catalonia and stiffen repression. Spain is heading for general elections on November 10, and all major parties are playing the Spanish nationalist card. This may force Sánchez to push the repression further than he might have intended to – something that will only serve to add fuel to the flames.

These intimidations are having the desired effect, as Quim Torra’s Catalan government is throwing riot police at its own supporters and has thus been pitched into a deep crisis. Their rhetorical pirouettes to try to cover up this hypocrisy (claiming police action aimed to "protect protesters") is loathsome and contrived. Torra finds himself between the hammer of the state and the anvil of the Catalan masses. The time has come for the CUP, the far left of the republican movement, to throw the gauntlet before these parties and explain that a new, revolutionary leadership is needed. Sadly, so far they have failed to do so, and have appealed to ERC and PDECAT to issue a joint, official statement against the sentences (which the latter turned down out of fear of the legal consequences).

The masses are displaying extraordinary courage and energy. But there is a limit to spontaneous action. If no clear strategy is put forward, the movement will eventually fizzle out. The practical task is to stimulate the formation of assemblies and committees of struggle in every neighbourhood, workplace, and faculty, and to centralise and coordinate them, turning them into the revolutionary stronghold the movement so desperately needs.