This is a joint statement by Revolució (IMT Catalonia) and Lucha de Clases (IMT Spanish State). On 2 November, the Spanish State Attorney made public the sentences it is seeking in the trial of leading participants in last year's Catalan independence referendum on 1 October 2017.

Read the statement in Catalan and Spanish.

For the nine accused of rebellion, the prosecutor asks for a range of sentences: 25 years in jail for Oriol Junqueras (Catalan vice president); 17 years for Jordi Cuixart (Òmnium Cultural), Jordi Sanchez (Catalan National Assembly) and Carme Forcadell (Catalan Parliament President); and 16 years for the other five (Catalan Ministers Turull, Forn, Romeva, Rull and Bassa). For the additional nine accused, the prosecutor asks for sentences ranging from 10 years in jail to a 10-month, 100-EUR-a-day fine for the crimes of disobedience and misuse of public funds. The 12 accused face a total of 177 years in jail. Their only crime is wanting to exercise the democratic right of self-determination.

Faced with this situation we: 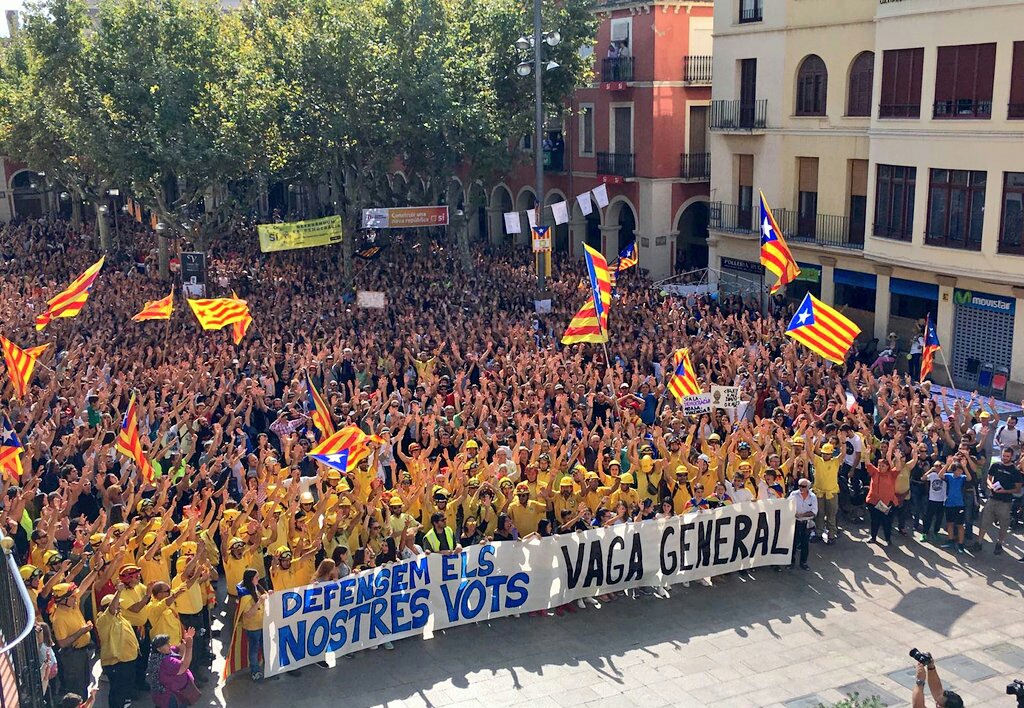 The task we are facing is that of building general mobilisations, which will shake the foundations of the regime and will force it to backtrack / Image: public domain

It is necessary to build a Republican United Front Against Repression and in Defence of Democratic Rights. The task we are facing is that of building general mobilisations, which will shake the foundations of the regime and will force it to backtrack. This is not the time to limit ourselves to grandiose, institutional statements. We need mass mobilisations, demonstrations, a general strike and civil disobedience. It is crucial to involve the left in the Spanish State in this struggle and to carry out the mobilisation also outside of Catalonia. Unidos Podemos should join this front if it is serious about fighting for the Republic and in defence of basic democratic rights.

Free all political prisoners! Drop all charges against those in exile!

Take to the streets to force the Spanish State back!

This resolution, demanding the release of Catalan political prisoners, was passed unanimously at the IMT's World Congress in 2018.