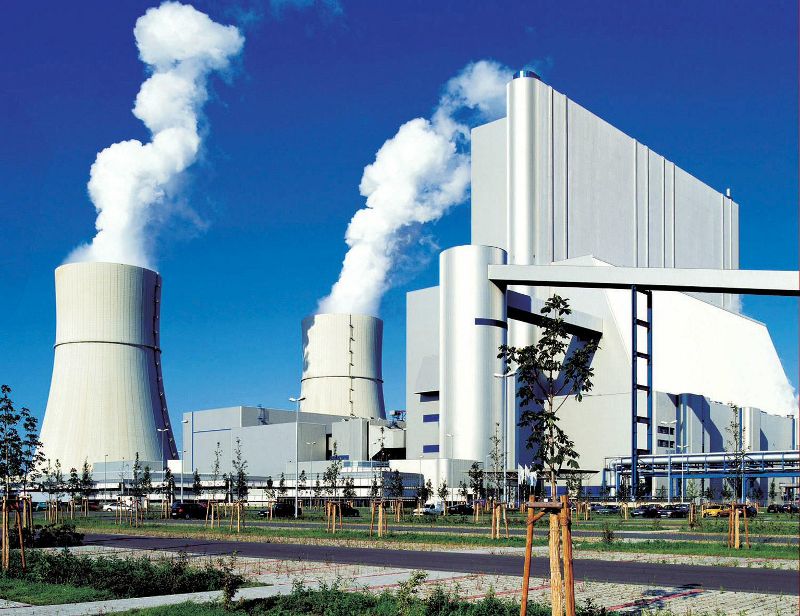 Enhanced climate change exists, and we are not currently living sustainably. There is little argument on these points. We all know that the earth has a natural cycle of warming and cooling, but humans are more than likely having a considerable effect on the current warming cycle. The industrialized countries alone, such as the US and much of Europe, have had a great effect on our air, and carbon levels are higher than in the last 2.1 million years, according to the journal Science. The gases entering our atmosphere are byproducts of capitalist industry and, to a lesser extent, our cars.

Countries such as China and India, with 2.5 billion people between them, or about 40% of the world’s population, are rapidly industrializing. On what basis this industrialization takes place -- in harmony with the environment or as an extension and continuation of the current environmental crisis -- can only be determined by the workers and poor of these countries and of the world. If industrialization takes place on a capitalist basis, measured in fiscal quarters, rather than generations, the effect will be starvation, unbreathable air, the flooding of coasts by melting polar ice caps, and diseases where they were never previously known, e.g. malaria in Pennsylvania! And the cause: capitalism.

Many right-wingers criticize environmentalism by saying that addressing these problems will stifle the economy. That is, if factories have to curb the amount of pollution they create, then industrial production will decrease. However, some capitalist enterprises are already making huge profits on the transition to so-called “green” production.

However, this “greening” of the economy is in many ways illusory. Take for example the oil industry, where instead of investing in genuine eco-friendly technologies, corporations like BP and Exxon invest in ethanol, buying up huge swathes of farmland in order to grow crops to convert into a type of gasoline that has just as bad an impact, if not worse, on the environment. How innovative! The considerations of companies like Exxon are based on the needs of the moment, the need to appear “green” and avoid the taint of the label “big oil.” Never mind the fact that buying up farmland for the production of ethanol also increases the price of food.

Recently, there has been much talk of electric cars and hydrogen powered cars. These cars could be amazing technologies that could lessen our dependence on fossil fuels, but sadly, under capitalism, we will not be off of fossil fuels until there are no more fossil fuels left. However, even these solutions fall short. Electric cars cannot be a long-term solution in and of themselves. When you plug an electric car in, the energy must come from somewhere. At present, that would mean that it will likely be fueled by fossil fuels burned at a power plant. Even though your car is not pumping carbon into the air directly, the power plant that powers your car will be. Also, the prospects for hydrogen cars under capitalism are bleak. In order for hydrogen cars to become widespread, it is necessary to institute a massive plan for retooling auto plants for green production, combined with a plan for retooling refueling stations across the country to accommodate these new vehicles. We also need to dramatically increase access to safe, efficient and cheap public transportation. Such a massive program can only be accomplished painlessly through a harmonious plan of production encompassing all major sectors of the economy.

Right now, we have tens of millions of people out of work, with an economy in the dumps, and a dependence on fossil fuels. Capitalism, we are constantly told will “balance itself out,” and indeed, it eventually will, but this will only be at the cost of misery for a majority of the population of the planet and the health of the planet itself. Personally, I like New York City, but unless we harmonize our economic development with the environment, it is likely to be under water in the next couple hundred years.

Under a democratically planned socialist economy, we would have the flexibility to organize the economy as our needs change. There would not be millions of unemployed workers, as we could easily train them to create, install, and perform upkeep on solar panels or wind turbines, or to build hydro-electric power plants, and many other truly “green” technologies.

We could put our best and brightest minds to use, not in developing earth-destroying technologies for the benefit of the minority, but in the exploration of technologies such as nuclear fusion, which unlike current nuclear fission, could potentially provide a limitless, safe source of cheap power for generations to come. Or we could look at the failing auto industries and easily, through a universal plan of production, retool them for the production of hydrogen cars and vastly expand public transportation. We could also organize the construction industry to make homes that are better insulated so that we could use less fuel to heat our them. But under capitalism, this will never happen. For the future of humanity and for the earth, we need socialism. It’s as simple as that.