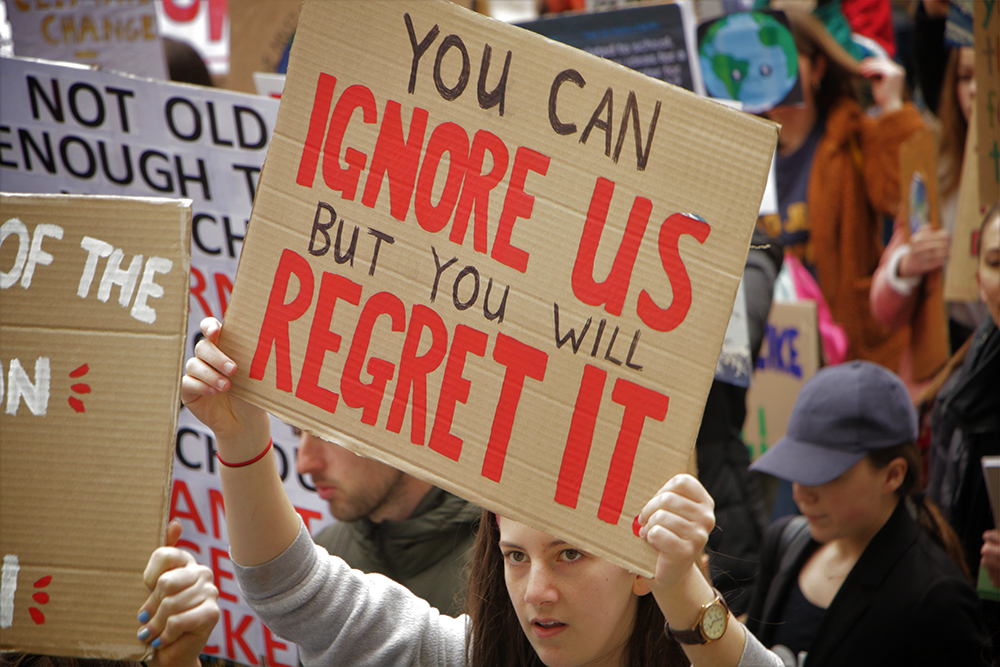 A revealing new report shows how the crisis of capitalism is robbing an entire generation of its future, especially in the wake of the COVID-19 pandemic, which has deepened and exacerbated the system’s senile decay.

The Financial Times is currently running a series on the problems faced by under 35s across the world. The picture painted by their latest entry: ‘“We are drowning in insecurity”: young people and life after the pandemic’, is one of almost universal anger and resentment.

Young people are realising that, no matter how hard they work, in the absence of inherited wealth or a miracle, they will never achieve the stability and economic security that previous generations took for granted.

Crisis is all we’ve known

The so-called millennial generation – and following them, Generation Z – entered adult life during the financial crisis of 2008 and have known nothing but economic crisis.

Some of the youth’s most pressing concerns, as outlined by the Financial Times, include massive debts, the exorbitant cost of housing, the scarcity and competitiveness of jobs (with long hours and temporary contracts being the norm), the ongoing climate crisis, and the overall feeling that life will be worse for them and their children compared to their parents.

This sentiment is captured by the words of Tom, a young architect interviewed by the FT:

“Most people my age are paddling so hard just to stay still… It’s exhausting — nobody is asking for an easy ride, but all my friends have worked so hard all their lives, and many are losing faith in the system.”

This sense of hopelessness is a recurring motif, with other comments including: “We are drowning in insecurity with no help in sight”, and, “I sometimes have this feeling that we are edging towards a precipice, or falling in it already.”

These concerns were widespread even before COVID-19. While the representatives of capital have been celebrating a certain economic recovery (or at least, less of a decline than they expected in the advanced capitalist countries), the young are not feeling the benefit. On the contrary, things are worse than ever.

For example, in Britain, those under the age of 35 accounted for almost 80 percent of jobs lost in the past year. Now, the unemployment rate for young people is basically stagnant compared to the last quarter (14.3 percent compared to 14.2 percent). It is at its highest point since 2016, representing the destruction of around 300,000 jobs since the start of the pandemic.

Needless to say, the situation is far worse in poorer countries, many of which are facing new waves of the coronavirus, with few people vaccinated, necessitating new lockdowns that will be devastating for millions of young people, particularly those who rely on the informal job sector.

The effects of this youth unemployment can clearly be seen elsewhere. Aside from increasing poverty and food insecurity (especially in the Americas, Indian subcontinent and Africa), young people are turning to desperate and degrading means to support themselves.

For example, the online platform OnlyFans, which allows (predominantly younger) users to share pornographic images and videos of themselves to subscribers, has seen its profits surge during the pandemic, with transactions increasing seven-fold to £1.7bn.

Obviously, being stuck at home without work during lockdowns has made this seem like a viable option for young people who have few alternatives.

This trend of young people selling their bodies to make ends meet preceded the pandemic. Between 2017-19, the number of students in the UK turning to prostitution, stripping and pornography doubled.

The fact that millions of young people are opting for this kind of dangerous and dehumanising activity is a damning indictment of capitalism and its ability to provide for people.

The Financial Times report emphasised young people’s sense of failure at being worse-off than their parents, which is now a longstanding trend.

The study finds that 62 percent of adult workers in Italy and 64 percent in France feel like they are less likely than their parents to have a secure job. This is evidence of the increasing erosion of the job market and workers’ rights over decades of capitalist decline.

This pessimism also coincides with the rise of temporary and zero-hour contracts, which are particularly prevalent for young people in the Eurozone. Almost half of working 15-to-24-year-olds in Europe were in temporary jobs on the eve of the pandemic.

The report finds that in Canada, France, Italy, Spain, and the UK, the employment rate for young people hadn’t even recovered to the pre-recession levels even before the pandemic struck.

With jobs so scarce, young people often have no choice but to accept exploitative contracts and working conditions.

And bogus self-employment in the gig economy and zero-hour contracts offer no rights for workers, whilst freeing employers from the burden of providing sick pay, holiday pay, and regular hours.

Contracts like these have become the norm in the years following the 2008 financial crisis and ultimately represent an attempt by the capitalists to maximise profits at the expense of predominantly young workers. 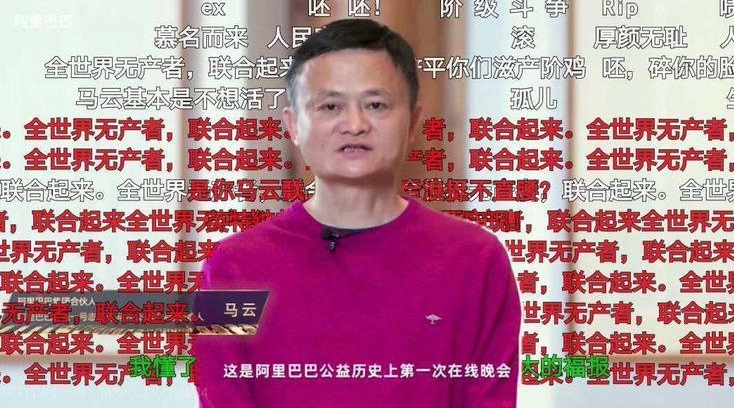 The brutal exploitation of youth in China by capitalists like Jack Ma, who apply what they call a 996 system (forcing workers to work 9am-9pm, 6 days a week), is leading to a massive online backlash, with many young people drawing increasingly clearly anti-capitalist conclusions / Image: public domain

Of course, precariously employed youth faced the brunt of job losses during the pandemic.

For those in full-time work, the situation is not much better, due to skyrocketing living costs all over the world.

For instance, the FT report cites a Shanghai-based worker, who explained how house prices are climbing and working conditions worsening.

He also made reference to the exploitative “996” system, which means working from 9am until 9pm, six days a week: a common practice in many of the big Chinese tech companies.

Chinese capitalist mogul, Jack Ma, is a big proponent of the 996 system, which he describes as a “blessing” for workers, as it stops them from slacking off. It certainly is a blessing for the bosses!

996 in China is driven by the same logic as temporary contracts in the UK and Europe: in order for capitalism to maintain its profits in a state of crisis, there must be a race to the bottom for workers when it comes to pay and conditions.

Exploitative working conditions and high cost of living are even resulting in the untimely death of Chinese youth, as was the fate of Chen Songyang, whose demise from starvation caused an outpouring of grief and rage earlier this year.

Young people surveyed in the article also discuss their fears over political rot and instability in their countries, as well as a crisis in democracy. This is all evidence of the collapse of trust in the political establishment, exacerbated by the latest crisis.

But far from surrendering to despair, young people have been at the forefront of recent struggles against the hated system, as we can see with recent movements in Latin America, for example.

The Financial Times report cites a young psychologist in Peru, who describes herself as “anxious and exhausted” by the political situation in her country, which is racked with cronyism and corruption.

The last five presidents have all been indicted for corruption, and four of them have been found to have received bribes from Odebrecht, the Brazilian public works company.

The recent victory of militant trade unionist Pedro Castillo in the presidential elections (a few weeks after this report was published) is symptomatic of the widespread anger amongst the Peruvian people against the capitalists, the multinationals, and the politicians that represent them.

Notably, Castillo pledged to tear up Peru’s rotten constitution, which was a key demand of the student protesters who launched anti-government demonstrations last year.

The Colombian youth are also prominent, alongside the working class and peasantry, in the on-going struggle against the reactionary Duque regime in Colombia. The regime was dealt a major blow by a victorious general strike to halt a new tax bill intended to make ordinary people pay for the coronavirus crisis.

The Financial Times only captures one side of the story: the hardships of the youth under the crisis-ridden capitalist system. But these hardships are also pushing them towards increasingly radical conclusions.

It is no accident that young people were on the frontlines of the international and insurrectionary Black Lives Matter movement last year, as well as the various revolutionary struggles that erupted throughout 2019, and were only halted by the pandemic. 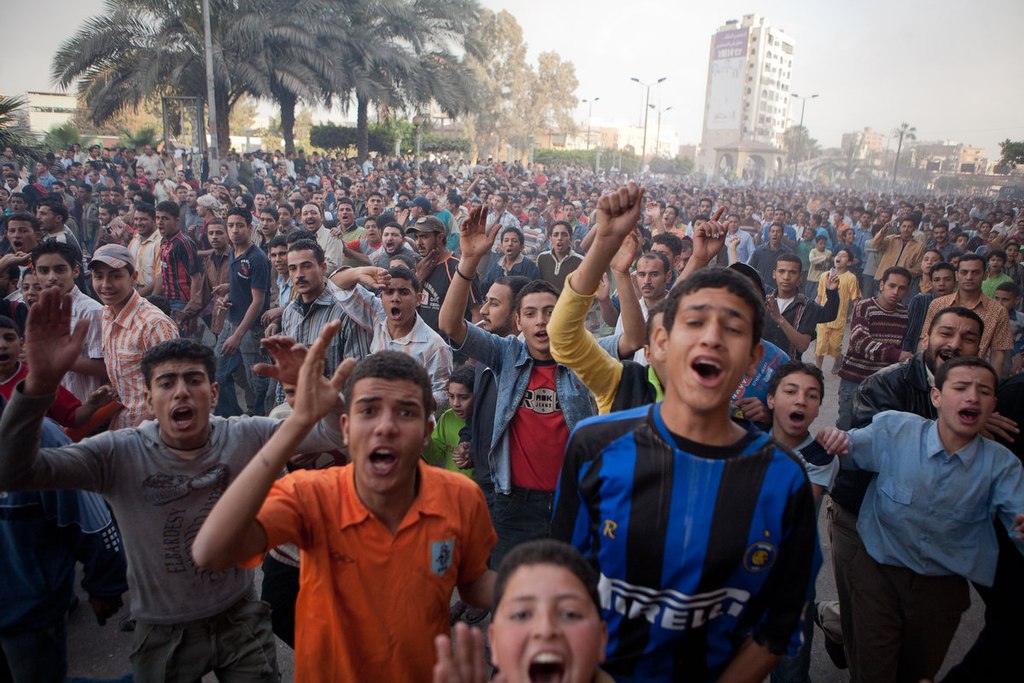 Working-class youth in the mass movement in Mahalla, Egypt in 2008. The hardships the youth face are pushing this generation down a revolutionary road / Image: Jameskbuck

All across the world, the logic of capitalism, and its prioritisation of profit over all else, has thrown a new generation of young workers into precarity.

The working class was forced to pay for the 2008 crisis through austerity and spending cuts. Despite the capitalists trying to spend their way out of the hole in the short term, further cuts are being prepared down the line. And young people will inevitably bear the brunt of these attacks.

The only way to fundamentally solve this crisis is to overthrow the capitalist system itself, and replace it with a rationally planned economy, run democratically by the working class for the good of all of humanity, and not for profit.

A generation forged in capitalist crisis is waking up to this necessity like never before, and will inevitably enter the stage of history, alongside the rest of the working class, to fight for a better future.