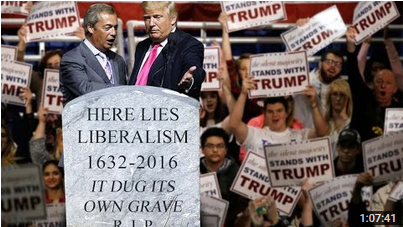 Alan Woods - editor of In Defence of Marxism - discusses the political earthquakes that have shattered the status quo and shaken the Establishment in country after country: from the victory of Donald Trump, to the Brexit vote, and the prospect of a Le Pen win in the French elections. "All that is solid melts into air" - and all the old certainties are now being questioned, with the future of the European Union and the Middle East hanging in the balance. Wars, terrorism, and crisis: all of these are symptoms of the death agony of capitalism and the birth pangs of revolution.