This past Friday, Fightback supporters in Toronto helped to organize a discussion titled, "Egypt, Tunisia -- Where Next?" at the University of Toronto.  Co-organized with the Arab Students' Associations at U of T and Ryerson University, the meeting was well-attended despite an impromptu celebration rally organized for the same time at Yonge-Dundas Square.

About 60 people attended the meeting which featured Kamil, a Ryerson student activist and member of the Toronto Young New Democrats (TYND), and Arash Azizi, a journalist and supporter of Fightback.  Both speakers presented on the roots of the uprisings in Tunisia and Egypt, and the effects of the revolutionary movement on workers throughout the Arab world.

For pictures from the event, please check out the Flickr set. 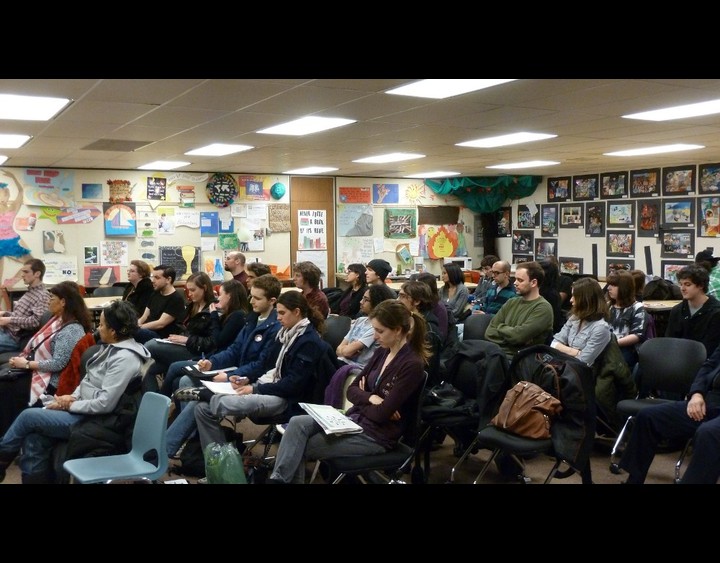