Mick Brooks looks at the historical background to the British car industry and in particular that of Rover. It is a history of decline, of underinvestment, and finally of collapse. Now all the attempts to save Rover by looking for private buyers have failed. It is a reflection of the decline of the British capitalist class as a whole.

The closure of Rover involves the loss of 26,000 jobs, in the plant and the industries that supply it. The present owners were called in to “save” jobs. All they have done is siphoned off millions for themselves. The only answer is nationalisation under workers’ control.

We recently published a review of a film shown on the BBC entitled Faith which wove together the lives of its fictional characters with the real events of the 1984-85 Miners’ Strike. The result was a moving drama and an unusually honest account of this great struggle, sympathetic to the miners and their communities. The film’s director, David Thacker spoke to us about the making of the film and his own political views.

Labour has won an historic third term victory in the 2005 General Election, yet there will be no dancing in the streets, no street parties, in fact little enthusiasm at all. The combination of widespread opposition to the war in Iraq, distrust of Blair, and disillusionment with the failures of the last two terms of Labour government means that Labour won the election with the lowest share of the vote, just 36 percent, of any victorious party in history. 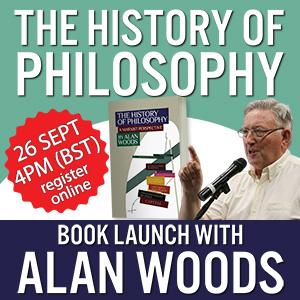