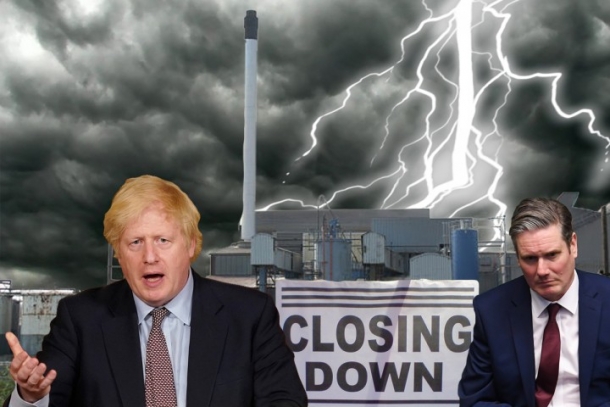 British workers are facing a jobs “bloodbath”, according to the manufacturing trade group, Make UK. The warning comes as unemployment is predicted to rocket, with millions losing their jobs.

More than half of UK manufacturers are planning job cuts over the next six months, affecting automotive, aerospace and other core industries. This is a dramatic rise from just two months ago.

Redundancy plans are being ramped up across the board “on a scale not seen since the 1980s”. Tens of thousands have already lost their jobs in the last few weeks.

This will turn into a flood when the furlough scheme – covering the wages of more than nine million workers – comes to an end in October.

The Office for Budget Responsibility estimates that unemployment will reach at least 12% by the end of the year. It is clear that millions will face the dole queue, especially young people.

On top of this, a recent analysis by the Resolution Foundation has found that UK households are seeing the largest fall in living standards since the 1970s. Despite the furlough programme propping up pay, real wages have fallen by 4.5% since the coronavirus began.

So much for the ‘V-shaped’ recovery that was touted. 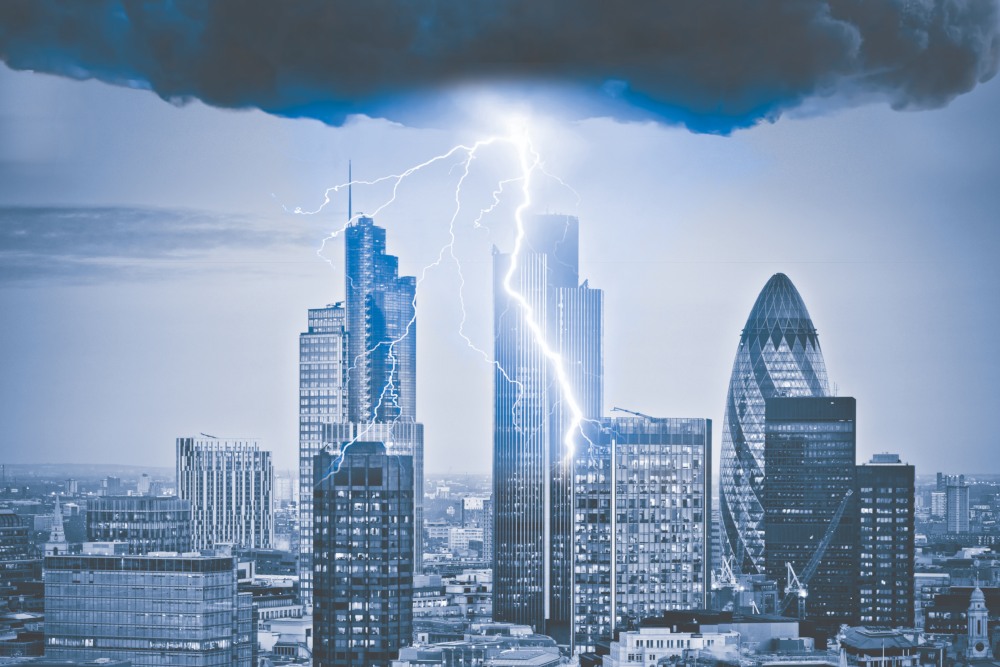 The ‘V-shaped’ recovery that was touted has not materialised / Image: Socialist Appeal

British capitalism is heading for the rocks. The Bank of England has warned of the worst crisis for 300 years. The world crisis – combined with the Brexit debacle due by the end of the year – will be a double whammy.

The government that waged war on ‘red tape’ from Brussels, is busy manufacturing its own world-beating red tape. They are building a 27-acre lorry park in Kent for customs checks, with 215 million extra custom declarations. This will cost companies £7bn a year, or £135m a week.

Leavers predicted that the laws of economics, geography and life would all change for the better. They hoped for a trade deal with China, but are now faced with a collapse in trade and a rise in protectionism.

A US trade deal is predicted to add a meagre 0.16% to UK GDP. And free trade deals with Australia and New Zealand will be even more negligible. Meanwhile, Treasury forecasts say leaving the EU will knock 5% from GDP over the next 15 years.

Brexit is about to turn into a wholesale disaster, crushing those areas that voted Leave. This calamity is less than six months away.

As Rome burns, Boris Johnson and his government continue to fiddle. We couldn’t have imagined a more inept set of Tory scoundrels running the country at this time of acute crisis. They are all wheelers and dealers, starting with the Prime Minister himself.

Desperate to open the economy from the lockdown, these chancers are prepared to risk everything. At first they were into the idea of ‘herd immunity’, and so delayed implementing any lockdown. This cost tens of thousands of lives, particularly in care homes, the population of which has been literally decimated. 8% of Britain’s 400,000 care home residents have died since March.

The estimated number of excess deaths in Britain is thought to be as high as 65,000. There were days when the number of reported UK deaths was more than the rest of the EU put together.

Now, with transmission rates still stubbornly high, they want everyone back to work. Farcically, people have been told to wear masks in shops, but not in workplaces. Before the instructions were to work from home. Now we are told to take public transport into work, irrespective of the consequences.

Britain is heading for a second wave, possibly in the winter months – the worst possible time. The fact that most new diagnoses are among the young, who make up a large proportion of workers in hospitality and retail, shows that the second wave is already gearing up. But Johnson hopes everything will be back to ‘normal’ by Christmas, and has downplayed the need for further measures.

Contradicting his own chief scientific adviser, he has dismissed the idea of another national lockdown, comparing it to a “nuclear deterrent” – as if the virus is going to feel threatened! 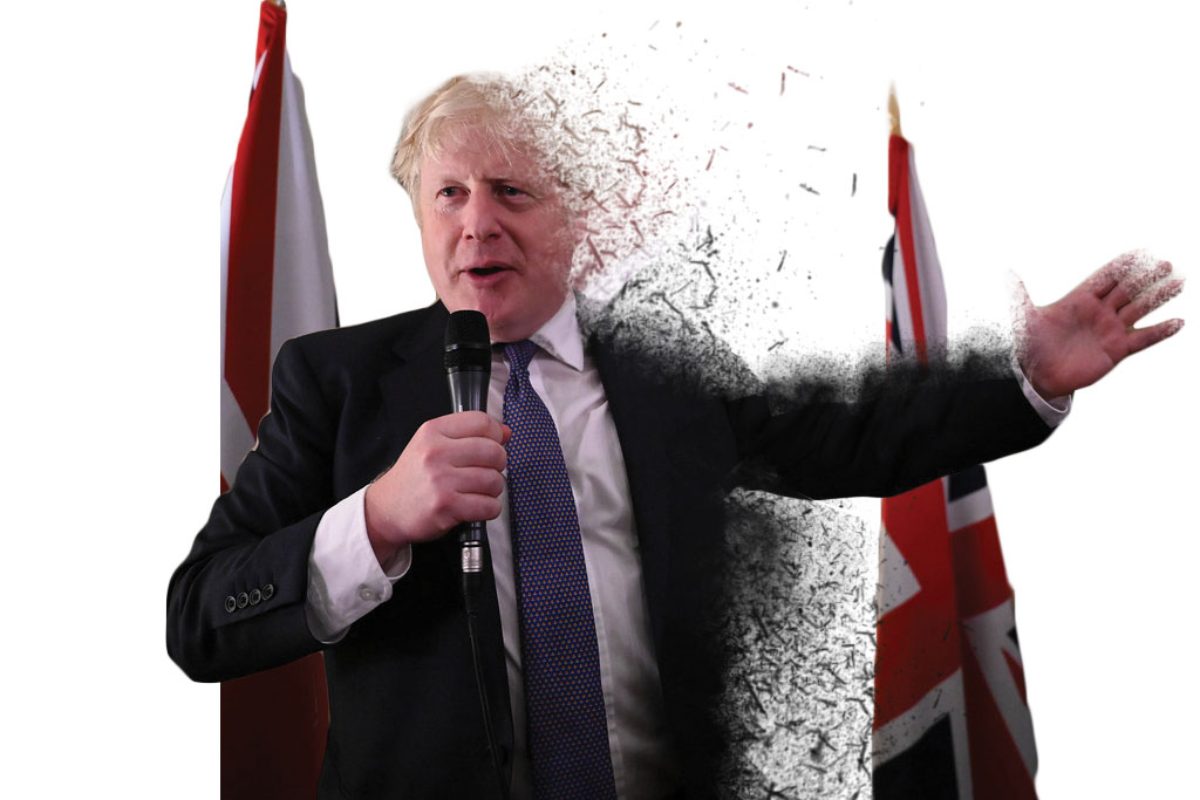 Johnson’s defence of Dominic Cummings and his scandalous antics saw his poll ratings plummet. They will fall even more / Image: Andrew Parsons

For the Tories, it is no longer a health crisis, but an economic crisis. Johnson’s defence of Dominic Cummings and his scandalous antics saw his poll ratings plummet. They will fall even more.

Of course, if everything goes wrong, everybody else will be to blame – certainly not the dimwit Johnson. He has placed the responsibility for local lockdowns on local councils, as in Leicester. But the Tory leader is unlikely to get away with it. He is not trusted. He is all bluff and bluster, and no substance.

This political representative of the ruling class is a clear reflection of the degeneration and decay of British capitalism. They deserve what they get.

In capitalism’s heyday, the establishment had confident statesmen who thought in terms of centuries and continents. Today, these political pygmies can’t see beyond their own nose.

In face of this tsunami of capitalist crisis, the ruling class will attempt to make the working class pay. Public finances are collapsing. The government budget is likely to see an unsustainable deficit of £350bn this year. Cuts, tax increases, and austerity will be on the order of the day.

This is the reality of the ‘new normal’. All those workers who voted Tory are going to be betrayed, and will feel the brunt of these attacks. Johnson and the Tories will become completely discredited. 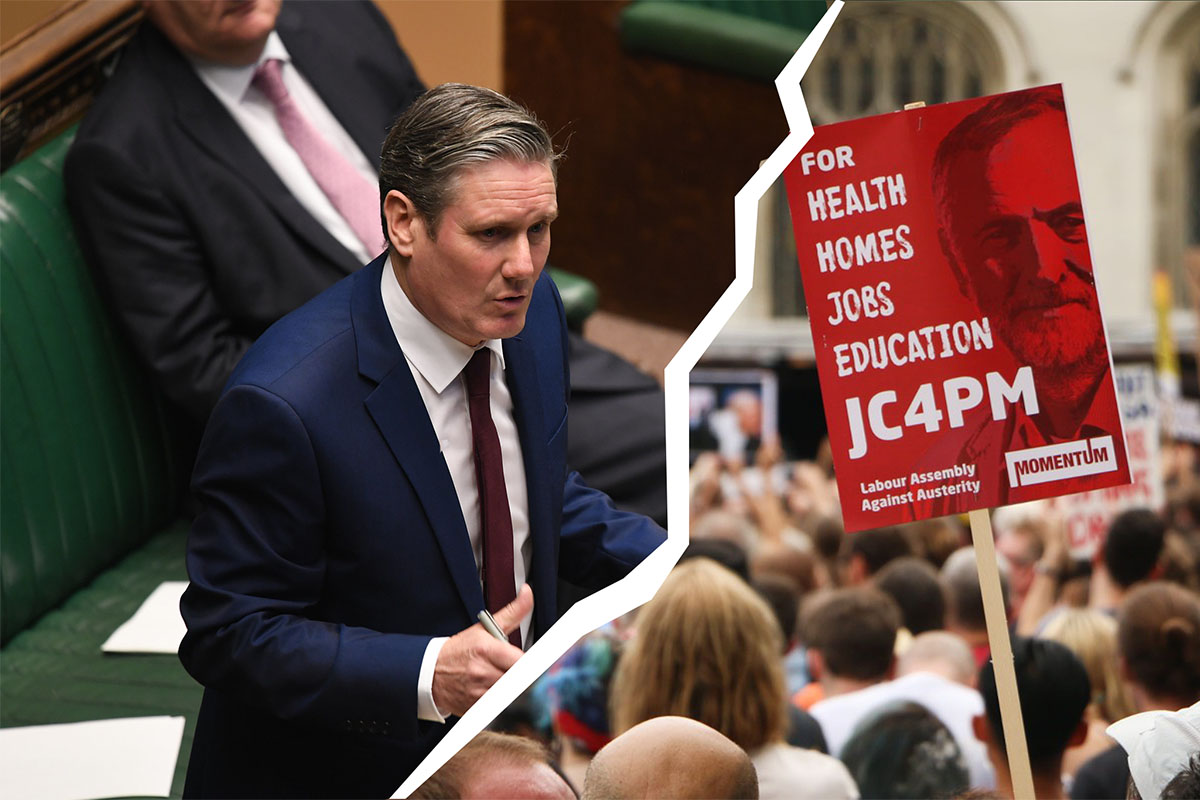 Workers and youth are crying out for bold opposition, but Starmer only wants to be 'constructive' / Image: Socialist Appeal

Unfortunately, the Labour Party frontbench under Starmer are afraid of their own shadow. The Labour leaders want to be a ‘responsible’ opposition. What a disgusting sight!

Workers and youth are crying out for bold opposition. Yet there is more life on a fish monger’s slab than amongst the Labour leadership. No wonder tens of thousands have left the party in protest.

Starmer’s attempts to purge the left have resulted in shock and disgust. But we should not be so surprised. When the right wing gets control, they act decisively, emboldened by the weight of the establishment behind them.

But it is the softness of the left leaders that is to blame for this situation. The Blairites spat in their faces and they did nothing. All they talked about – and still talk about – is the need for ‘unity’. But no unity is possible with these agents of capitalism.

The leaders of the Corbyn movement had the opportunity to introduce mandatory reselection on many occasions. They could have cleared these careerists out of the Parliamentary Labour Party, but instead retreated in a cowardly fashion. They allowed the right wing to get away with murder. And now we are paying the price for this. 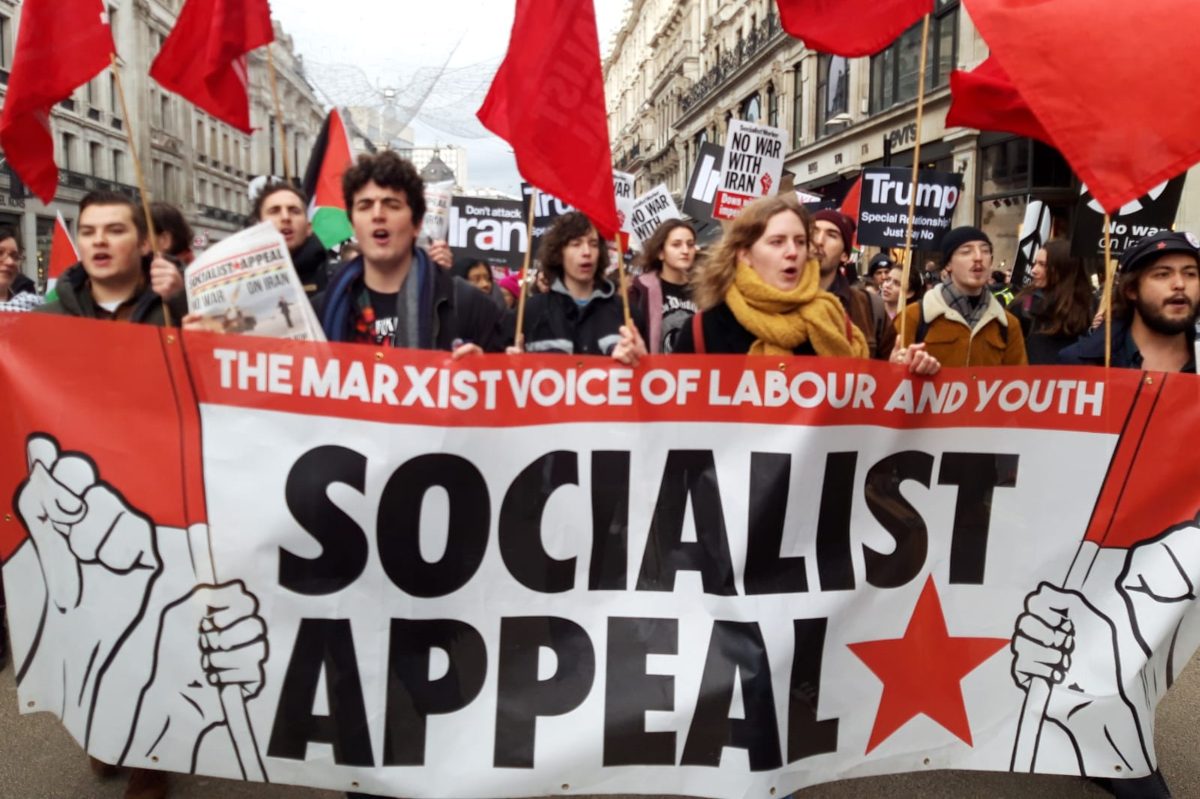 The left requires the building of a powerful Marxist tendency – a leadership that is prepared to go to the end / Image: Socialist Appeal

All hell is going to break loose as the crisis impacts on ordinary working people. Class struggle will be on the order of the day. It demands decisive leadership. But this is lacking.

The left needs some backbone. This requires the building of a powerful Marxist tendency – a leadership that is prepared to go to the end.

We cannot compromise with capitalism, which is threatening to throw us back 200 years. Only the socialist reconstruction of society – lock, stock and barrel – can offer a way forward.

Only by expropriating the giant corporations that dominate the economy, together with the banks and insurance companies, can we plan the economy in the interests of the working class.

Of course, that is up to us. We appeal to you to join us and build the forces of Marxism. In the words of Abraham Lincoln: “The best way to predict your future is to create it.”

Read the original at socialist.net |