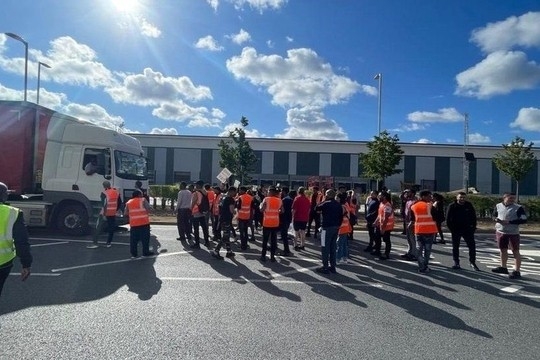 A wave of wildcat strikes has swept across Britain – in the construction industry and at Amazon warehouses – as workers’ anger reaches boiling point. This is a harbinger of the huge class battles on the horizon. The unions must prepare for war.

Inflation continues to rise, whilst wages and conditions worsen. As a result, more and more sections of the working class are growing restless, and are demanding better pay to combat the cost-of-living catastrophe, as seen with the recent strikes by unions such as the CWU and the RMT.

Significantly in recent weeks, however, fresh layers of the working class are now joining the struggle unofficially, through wildcat strikes.

These are an indication that Britain is on the brink of an almighty explosion in the class struggle.

Today, 10 August, militant rank-and-file union members at construction and petrochemical sites across the UK moved to take unofficial action over pay, with a 24-hour walkout.

This has seen hundreds of workers come out at 13 different locations across the country, including Grangemouth, Stanlow, and a number of sites in Teeside.

🎥 The protest in Grangemouth is now on the move, heading up the A904.

Police tried in vain to prevent the group moving further.

Socialist Appeal supporters visited the Fawley refinery site in Southampton, where almost a hundred workers were out.

Workers are fighting against an inadequate pay deal for mechanical and electrical workers employed by contractors who are signed up to the National Agreement for the Engineering Construction Industry (NAECI).

Unite and GMB had negotiated this pay deal with the Engineering and Construction Industry Association (ECIA) two years ago, prior to the pandemic.

Since then, of course, there has been the highest inflation seen for decades – currently over 9% according to headline figures, and potentially hitting 13% by the end of this year. This would mean the workers could effectively be facing a real-terms pay cut of around 10%.

Tomorrow there will be strike action up and down the country as the NAECI refuse to address poor pay.
Grangemouth Oil Refinery and similar sites of its type, will have workers of all trades, picketing the gates tomorrow morning, in an act of solidarity to fight for fair pay pic.twitter.com/PIFifxIjf1

All the while, construction bosses – in particular – continue to rake in money, seeing huge turnovers. As one Fawley striker told us: “They get record profits, but workers are getting nothing!”

All the workers are after “a deal where wages keep up with inflation”. Some told us that they already can’t pay their bills, given the squeeze.

Even in light of the changed circumstances of the cost-of-living crisis, the bosses have not budged. In documents seen by Socialist Appeal, it is evident that the unions raised these concerns with ECIA in May, but were told to wait until 2024 for any reply or action.

Unfortunately, the unions have not moved to bring workers out formally in response. This has forced the workers to resort to unofficial action, with tacit support from the union leaders, in order to bring the bosses to the table.

Workers told us that they are not intimidated, even though they do not have official backing from the union for their walkout.

“We will probably get warning disciplinary letters,” one Fawley worker told us. “But they can't sack us all. United we stand, and united we fall."

The workers have threatened to undertake similar action every fortnight, should their demands not be met.

Starting in Tilbury, Essex, at the largest Amazon fulfilment centre in Britain (and the second largest in the world), workers withdrew their labour after being offered a wage increase of just 35p an hour – a kick in the teeth amidst runaway inflation, and certainly not a pay rise.

In response, almost 1,000 workers staged a sit-in strike that lasted almost 48 hours, across both the night and day shifts.

Strikes then quickly spread to fulfilment centres in Rugeley, Bristol, Coventry, Swindon, Dartford, and Belvedere, showing that this was no isolated grievance.

Notably, there is no recognised union at Amazon; although GMB do have some members in the warehouses. But this has not stopped workers from making their anger felt through the only means they possess – by downing tools.

Management responded by trying to clear the canteen, but the workers loudly defied them. Even in the face of the bosses’ threats, such as reporting on Amazon’s performance tracking software, they remained determined.

There are now rumours that Amazon workers are set to coordinate more strike action.

Whether or not this transpires, it is clear that the workers of Amazon are starting to rise up and get organised, in Britain and internationally – with or without official union backing.

The current wildcat wave can be traced back to 28 July, when hundreds of workers gathered outside Cranswick Continental Foods in Pilsworth, Bury, refusing to go into work.

#ViralStrikes
"A wildcat strike has been staged at a large Bury food company. Both today and yesterday scores of staff did not go into work at Cranswick Continental Foods in Pilsworth. Early today about 100 workers gathered at the gates of the plant where there are no unions." https://t.co/aifidezmbU

This is the first stoppage at the site since it was founded in 1983. It follows a similar walkout at the company’s Preston site in 2018.

A motivating issue was the inability for staff to take proper breaks when working on production lines. As well as a 30 minute lunch, staff receive just two 10 minute breaks, which management refers to as ‘comfort breaks’.

The bosses’ threat to remove these ‘comfort breaks’ was the straw that broke the proverbial camel’s back, sparking the walkout.

As part of their action, the food workers demanded more staff on each production line; increased overtime pay, to 50% of the hourly rate; raising pay in line with the national minimum wage increase; and improved working conditions.

Cranswick is a supplier of fresh food products, with annual revenues in excess of £1.4 billion. The company reported a 5.8% growth in revenue in March this year, to just over £2 billion. It also reported a 5.6% increase in profit before tax during the same period, to £137 million.

Despite swimming in profits, their workers are employed on poverty wages, working in cold temperatures. Some can’t even afford to put enough fuel in their car to get to work.

Significantly, without being represented by a trade union, the workers themselves organised and undertook this two-day wildcat strike in order to demand better pay and conditions.

Furthermore, the workforce at the site is reportedly made up of workers of over 50 different nationalities – showing how class struggle and solidarity can cut across all divisions; and how collective action is the working class’ instinctual method of resistance, and their greatest strength.

These militant examples are a harbinger of the explosive events that lie ahead. With millions of workers facing similar conditions and attacks on their living standards, fresh layers are increasingly going to be thrown into struggle – many for the first time – as anger boils over. 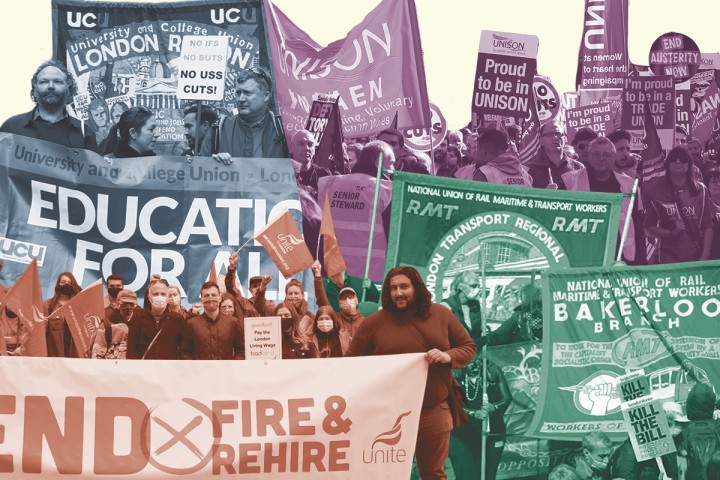 With millions of workers facing similar attacks, fresh layers are increasingly going to be thrown into struggle / Image: Socialist Appeal

Moreover, these wildcat strikes show that workers are not going to let the bosses’ laws get in their way, as they move to defend their jobs, pay, and conditions.

In the space of just two weeks, thousands of workers have openly defied existing anti-trade union laws, in order to take effective action.

In the face of the Tories’ threats of further anti-union restrictions, and with the crisis of capitalism deepening, the union leaders should act with the same determination as these rank-and-file workers – smashing through any barriers that the ruling class and the bosses attempt to erect in an effort to block workers.

It is better to break the bosses’ law than let capitalism break workers and the poor.

Originally published on 10 August at socialist.net