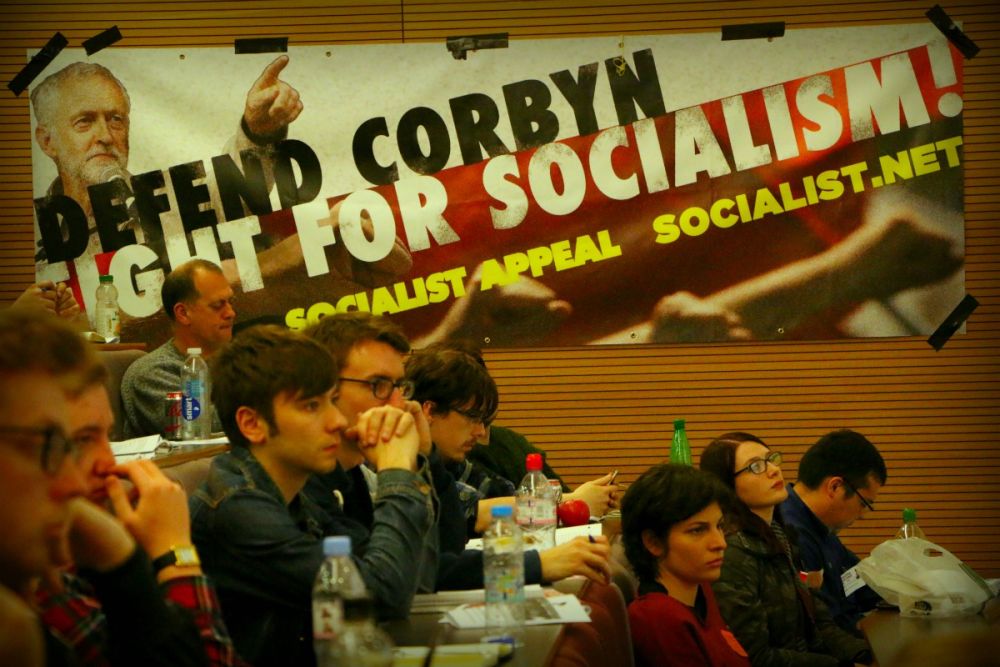 Over the weekend of 8-10th April, over 120 Socialist Appeal supporters and sellers met in London to discuss the turbulent economic and political situation developing in Britain - and internationally - and to take stock of the tasks facing Marxists in the period ahead. The mood at the conference, hosted by the UCLU and SOAS Marxist societies, was one of brimming optimism and enthusiasm about the prospects for building the forces of Marxism.

Most notably, the successes that Socialist Appeal student supporters have experienced in schools and universities over the past year was reflected in a large turnout of young people at the conference, with many contributions in the discussions coming from those who have become involved in revolutionary politics through the Marxist societies and the Marxist Student Federation.

The weekend began on the Friday evening with an introduction by Alan Woods - editor of In Defence of Marxism - to the perspectives for world revolution. Alan gave a broad overview of the processes taking place in the global economy, and explained how these are expressing themselves politically and socially in terms of crises and class struggle in all countries.

Above all, Alan highlighted the importance of the radical left movements that have developed in Greece and Spain, as well as those around figures such as Jeremy Corbyn in Britain and Bernie Sanders in the USA. At the same time, Alan emphasised the lessons that must be learnt from the example of Syriza and Tsipras in Greece, which act as a warning about the limits of reformism in this epoch of capitalist crisis.

A variety of contributions were made in the discussion, covering topics such as the Panama Papers scandal, the crises facing the traditional parties of the bourgeoisie and the Establishment, the increasing tension and instability in world relations, and the mass movement for a "political revolution against the billionaire class" that is being galvanised around Sanders.

Britain on the brink

On Saturday morning, Rob Sewell - editor of Socialist Appeal - opened the day's discussions with an introduction to the perspectives for Britain. Rob touched on a variety of topics, including the decline of British capitalism, the crises and splits within the Tories, the rise of the SNP in Scotland, and the prospects for the Corbyn revolution and the civil war inside the Labour Party.

Speakers from the floor developed Rob's points further, commenting on the housing crisis in the UK, the tensions within the Tories over Europe, the growth of Momentum within Labour, and the dangers and threats facing a future Corbyn government. Above all, the task facing the Marxists in this stormy period were underlined and stressed: to connect with the most radicalised and revolutionary workers and youth and fight for a bold socialist programme.

Following an inspiring reply and summary by Rob, a financial collection raised around £7,000 for the Socialist Appeal fighting fund as a further stepping stone towards the move to a fortnightly paper.

Ending Saturday's discussions was a debate about the EU referendum and the attitude that Marxists should have towards the vote taking place later this year on 23rd June. Josh Holroyd of the Socialist Appeal Editorial Board gave an introduction to the debate, explaining the class nature of the European Union as a bosses' club, designed to protect and expand the profits of the European capitalists.

Furthermore, Josh analysed the crisis of European capitalism that has developed since 2008, outlining how the Euro crisis and refugee crisis together spell the end of the European project regardless of whether Britain votes for 'Brexit' or not. Similarly, no matter what the result of the referendum, the Tories will continue to implode and Cameron's position as Prime Minister will become increasingly tenuous.

Importantly, Josh stressed, both sides in the mainstream debate over Europe are dominated by reaction, with Cameron and Osborne arguing the case to Stay on behalf of one section of the capitalists and Boris, Farage, et al. leading the charge to Leave. As Josh and other speakers explained, with no progressive option presented by either side, and with a general sense of distrust, disinterest, and outright disgust amongst many workers and youth towards the referendum, Marxists are in no way obliged to support either of these reactionary camps. Instead, Marxists should focus on explaining the only way forward for workers in Britain and across Europe: to fight for a Socialist United States of Europe.

After a revolutionary social on Saturday evening, conference attendees reconvened on Sunday morning to hear reports about the work of the Marxists in Britain and internationally.

Following a report of the inspiring work of the Pakistani Marxists, the following resolution was agreed unanimously by the conference:

This conference, having heard a full report on Pakistan, wish to express our complete solidarity with our new Pakistan section. We are completely confident that with the courage you have shown and the ideas and methods you represent that you will build a powerful section of the International Marxist Tendency in Pakistan and the Indian sub-continent. With this in mind, we send you our revolutionary greetings.

Workers of the World Unite!

Later on, Socialist Appeal sellers spoke of their successes with the paper, describing the enthusiastic reception that they had received from the public when selling on the streets, at demonstrations, and in the labour movement over the past year. The priority now, as many speakers emphasised, is to raise the funds needed to move to a fortnightly publication of Socialist Appeal, in order to keep apace with the ever-increasing speed of events.

Student comrades, meanwhile, contributed to the discussion by outlining the activities that have taken place in the Marxist societies and in the student movement in the past twelve months. With several Marxist delegates speaking to motions at the upcoming National Union of Students national conference, and with a plethora of campaigns springing up on campuses, the year ahead promises to be even more fruitful.

All of the speakers noted the increasingly positive environment within which Marxist activists are now working. Everywhere you go - from school and colleges to communities and workplaces - there is a growing thirst for revolutionary ideas and socialist alternatives. Unlike in the past, the Marxists are now swimming with the stream, and workers and youth are increasingly open to the ideas of Marxism.

The task now is to convert this yearning into a material force of flesh and blood capable of transforming society by building the forces of Marxism in Britain and across the world. 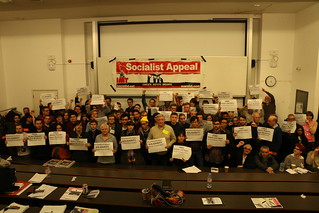