Details
In Defence of Marxism
19 October 2018 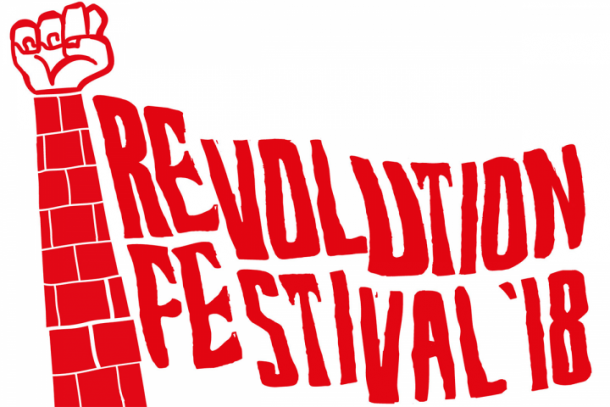 The British Marxists of Socialist Appeal will be hosting the Revolution Festival 2018, starting tonight at 7pm (London time) and running over the weekend. The event will celebrate the 50th anniversary of the revolutionary year of 1968, in addition to providing a range of discussions and panels on topics such as Marxism and the black struggle, the fight for women's suffrage, resisting the far right, AI and human consciousness, the US-China trade war, and much, much more! Many of these sessions will be livestreamed to the Socialist Appeal Facebook page, so our international audience can tune in from all around the world!

The first session, taking place tonight at 7pm in London, will cover the events of the 1918 German Revolution. The discussion will be led by Rob Sewell (editor of Socialist Appeal) and Marie Frederiksen (editor of the Danish Marxist journal, Revolution, and author of a new book, Reclaiming Rosa Luxemburg: a true revolutionary). They will also launch Rob's brand new book: Germany 1918-1933: Socialism or Barbarism (available for pre-order via WellRed Books): an essential addition to any Marxist's revolutionary library!

The full timetable of sessions (in British time) are available from revolutionfestival.co.uk.