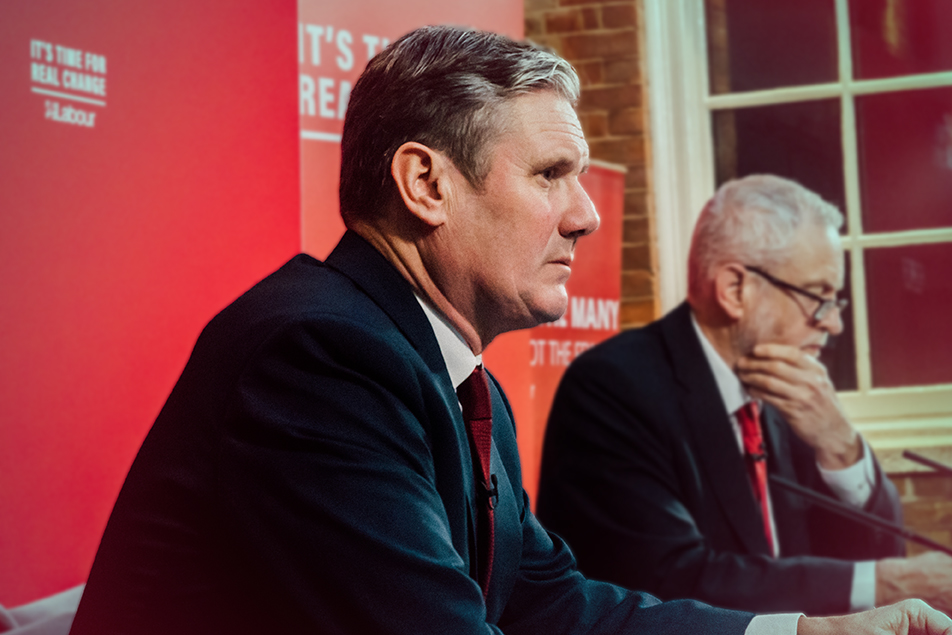 With Labour conference approaching, the right wing of the Labour Party in Britain are going on the offensive, expelling socialists from the party in order to crush the left. We appeal to grassroots members and affiliated unions to help us in the fight against the purge.

Starmer is threatening to destroy the Labour Party as we know it.

Following on from the expulsion of left-wing filmmaker Ken Loach and other prominent socialist activists, Ian Hodson, president of the bakers’ union (BFAWU), is the latest victim of the right wing’s purge.

As a consequence, it is likely that BFAWU could disaffiliate from the party, with trade union members rightly disgusted by this latest scandalous attack.

SOLIDARITY WITH IAN HODSON - Starmer and the Blairites are now threatening to expel President of the Bakers Union and staunch trade unionist Ian Hodson. pic.twitter.com/MciS6N0NO5

When standing to be Labour leader, Starmer promised to ‘unify’ the party. This has been revealed to be a complete lie.

Already, more than 120,000 members have left the party in disillusionment, as ‘Sir’ Keir Starmer shifts the party back to Blairism. More are leaving every day.

Democracy in the party is being shut down, with Jeremy Corbyn yet to have the whip restored, and many members punished simply for objecting to his treatment. Whole parties have been suspended or taken over by regional officials.

The NEC has declared that Socialist Appeal, Labour Against the Witchhunt and Labour in Exile are now banned organisations. Anyone found supporting them – now or in the past – faces ‘auto-exclusion’.

Officials are trawling through social media and compiling lists of the guilty. It is a carbon copy of McCarthyism.

Bans and proscriptions have always been used to bolster the position of the right wing in the Labour Party. In the past, Stafford Cripps, Nye Bevan, and George Strauss were all expelled. Others, like Michael Foot, Sidney Silverman, and others were expelled from the PLP.

The right wing are once again reverting to such dirty deeds to drive out the left. Today, it is Socialist Appeal and several other groups who face the chop; tomorrow there will be many more, including you. No member with ‘dangerous’ opinions will escape. 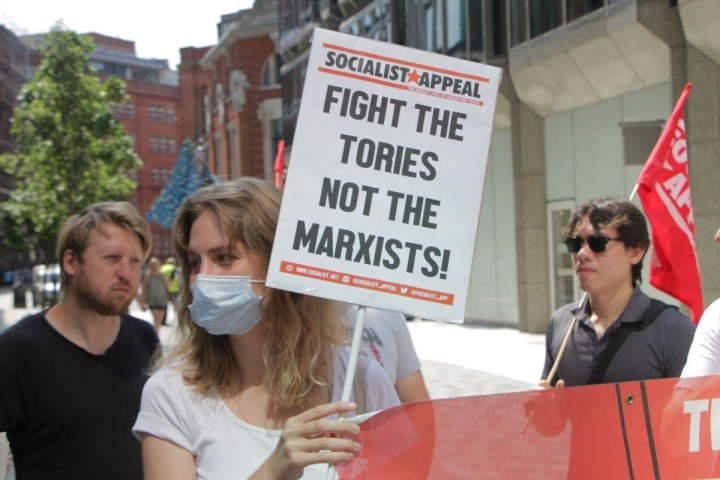 Socialist Appeal has fought for 30 years for bold, socialist policies without hiding its ideas. Now the Labour Party bureaucracy wants to ban any association with Marxists in a carbon copy of Senator Joseph McCarthy's methods / Image: Socialist Appeal

In our 30-year history, Socialist Appeal has consistently fought for a bold socialist programme to eradicate the dog-eat-dog system that is capitalism.

We fought against Tony Blair’s removal of Clause IV; and, more recently, we campaigned for the readoption of this socialist clause.

We have never hidden our ideas. We proudly describe ourselves as the Marxist voice of Labour and youth. The values and traditions we defend are not alien to the party or the labour movement. Marxists helped to found the party.

Now the right-wing controlled National Executive Committee wants to ban us, in the same way as Stalin’s bureaucracy and Hitler’s regime banned newspapers and books.

Today, anyone caught writing for, selling, or promoting the Socialist Appeal will be deemed a ‘supporter’ and subsequently expelled.

The party’s ‘compliance unit’ has even widened this definition – arbitrarily and unilaterally. Councillor Pamela Fitzpatrick, for example, has been threatened with expulsion for the ‘crime’ of giving a video interview last year, when she was standing (against David Evans) to be Labour general secretary.

I have just received a letter from the Labour Party threatening me with auto exclusion because I was interviewed by Socialist Appeal in May 2020 on why I was applying for the position of General Secretary. I explained to SA I wanted fair procedures followed in the party.

Where will this end? As Nye Bevan explained, to ban groups is to turn the party into “an ideological concentration camp”.

While Labour members are banned from writing for Socialist Appeal, on pain of expulsion, Sir Keir Starmer can write freely for the Daily Mail, which supported Oswald Mosley’s Blackshirts in the 1930s.

Apparently it is also acceptable for members of the present Shadow Cabinet to write for the Sun – or the Scum, as it is popularly known in labour circles. What a scandal! Yet nothing is said about this. Instead they attack Socialist Appeal!

This tells you all you need to know about the leadership of the current Labour Party and the values they defend.

It’s time to get tough on crime and tough on the causes of crime.

This is the Tories’ record. They’re the party of crime and disorder - good for criminals, bad for kids.

Me in tomorrow’s Sun👇🏻 https://t.co/kbIgD9puBc

We are therefore appealing to you to reject this witch-hunt of socialists. Bans and proscriptions should be put in the dustbin of history. They have no place inside a socialist party.

Please support the fight against this purge by:

In Chartist times, left-wing newspapers were suppressed by the government through the imposition of a tax. Thousands defied this unjust tax. Those who refused to levy the tax were imprisoned.

We stand on the shoulders of these heroes. These are the traditions we defend. Starmer and his right-wing gangsters will never be able to intimidate us.

Finally, we appeal to you to defy the right wing by taking out a solidarity subscription to Socialist Appeal – the paper that Starmer doesn’t want you to read.

Model motion for conference: No to expulsions, bans, and proscriptions! Fight the Tories, not the left!

This CLP / conference notes the recent threats of expulsion against dedicated and loyal socialist Labour members, including filmmaker Ken Loach, councillor Pamela Fitzpatrick, and president of the bakers’ union Ian Hodson, amongst others.

This CLP / conference further notes that this follows an ongoing campaign by Keir Starmer and David Evans against the left wing of the party, involving:

This CLP / conference believes that such McCarthyite methods are being used to attack and shut out socialists from the party. This purge of the left by Starmer’s leadership is part of an attempt to reverse the socialist policies brought in under Corbyn, and to make the party a safe pair of hands for capitalism.

This CLP / conference declares its solidarity with those unjustly expelled, and its opposition to all bans and proscriptions.

This CLP / conference demands that all proscriptions and unjust exclusions are reversed, and that the attacks on rank-and-file members and party democracy are halted immediately.

Instead of attacking its own members, the party leadership should be using all of its efforts to fight this criminal Tory government on the basis of bold socialist policies.

Crowdfunder appeal: Help us fight the Labour right at conference!

It is clear that Starmer and the Labour right wing will not stop until socialists are entirely expunged from the Labour party.

From Jeremy Corbyn to Ian Hodson; from Ken Loach to Pamela Fitzpatrick – they are determined to clear the party of its left wing, from top to bottom, in order to secure their rule on behalf of big business and the establishment. 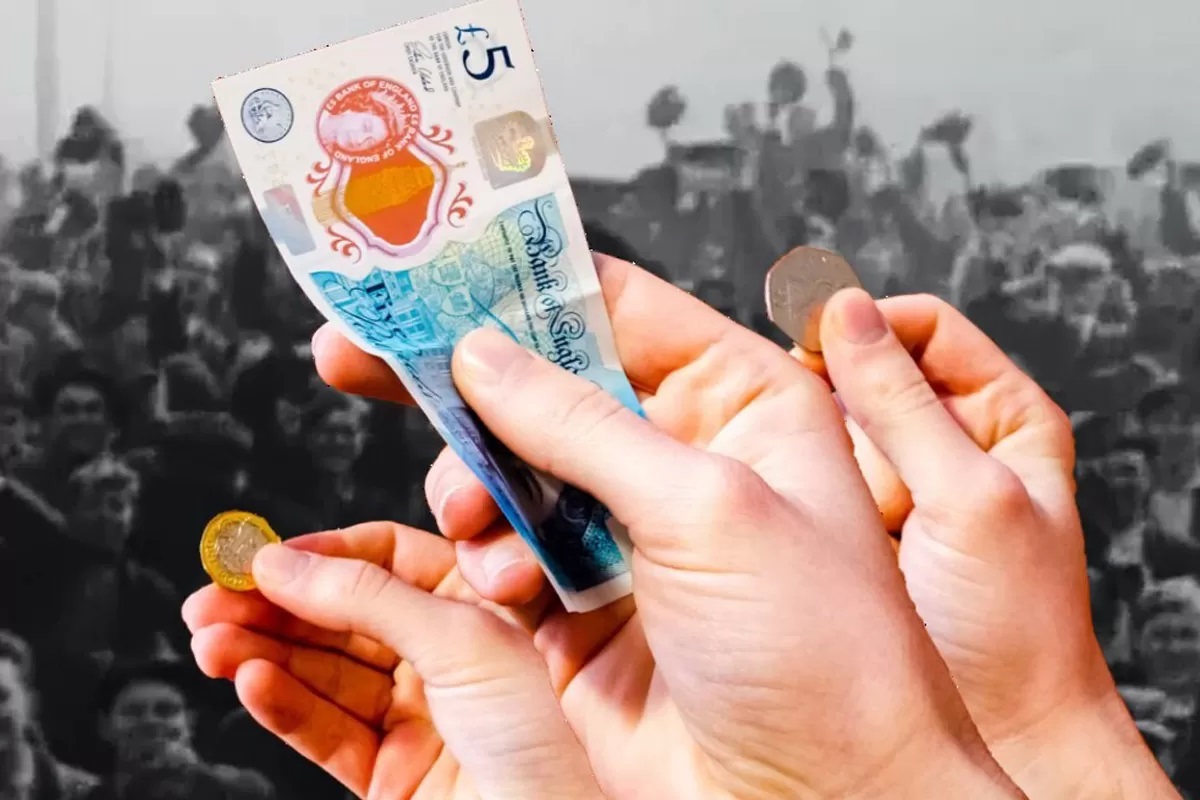 This is also why Starmer and the right wing have proscribed the most determined class fighters within the party: the Marxists of Socialist Appeal.

Already they have expelled a member of our editorial board and dedicated activist, Ben Gliniecki. No doubt more ‘auto-exclusions’ are on their way.

But we will not bury our heads in the sand. Now is not the time to lie low and hide our ideas. Starmer and the Blairites are completely out of step with the revolutionary mood developing in society.

The fact that they are launching this purge while workers are suffering and dying as a result of the Tory government’s criminal incompetence and corruption speaks volumes. Starmer and the right wing have no answer to the crisis of capitalism, in Britain and internationally. In fact, they are part of the problem.

From attacks on wages and conditions; to housing evictions; to NHS privatisation and pay justice: the working class needs a socialist Labour Party to fight back against the onslaught coming our way, as the bosses and Tories look to make us pay for their crisis.

Bold socialist policies – not meek reforms or attempts to patch up capitalism – are urgently needed. And they will be demanded by more and more workers and youth as the crisis truly begins to bite.

Starmer and the right wing can try to expel socialists and Marxists from the party, but they cannot stop an idea whose time has come. History is on our side, not theirs.

Nevertheless, we still need resources to fight this struggle. As Cicero said, finances are the sinews of war.

We therefore call on grassroots activists to help support us – with your pennies and pounds – to fight back against the right, and to struggle for socialism.

In order to fight the purge, we will need to bring legal challenges, which will likely incur costly fees.

We are also planning a big intervention at this year's Labour conference in Brighton, where we will lead the charge against the Labour right wing and their shenanigans.

This means producing a daily newsletter; running public stalls across the city; and hosting a fringe meeting to spread the ideas of Marxism, and to let the bureaucrats and Blairites know: we’re not going away!

Big business are happy to pour funds into right-wing organisations and factions such as Labour To Win, Progress, and Renaissance. By contrast, we rely only on the support of our supporters in the labour movement – and we are proud to do so.

Whether as a one-off amount or a regular monthly contribution, please donate whatever you can spare today, and support the struggle for socialism.