Britain
Share
Tweet
Sooner or later the financial tsunami will run into the sand, but in its wake the real economy will be left in recession. The immediate crisis will have abated, but the sludge, mud, sewage and devastation lasts much longer. They're still mopping up the mud from the 2007 floods… how long will the recession last and how deep will it go? 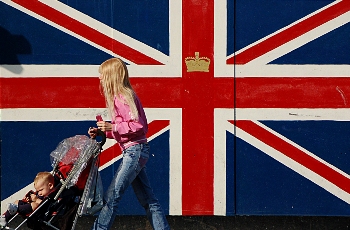 Sooner or later the financial tsunami will run into the sand, but in its wake the real economy will be left in recession. The immediate crisis will have abated, but the sludge, mud, sewage and devastation lasts much longer. They're still mopping up the mud from the 2007 floods… how long will the recession last and how deep will it go?

The IMF has wound down their growth forecast from 1.8% to -0.1%. They think we're going to hit the iceberg. Everyone else seems to agree. The British Retail Consortium calculates like-for-like sales have fallen by 1.5% over the past year, with falls in six of the last seven months. Ernst and Young declared 111 company profit warnings in the three months to September. Their spokesman declares, "It is deeply concerning to think that the worst is almost certainly yet to come for UK corporates."

Dry old statistics. What does it mean for ordinary working people?

The Halifax reported that house prices fell by more than 13% over the past year. They have further to fall. House sales are at their lowest levels for thirty years.

But, the fall in house prices doesn't help first time buyers. 100% mortgages are now a thing of the past. Banks are demanding 20% up front and are picking and choosing who they lend money to. That's what the credit crunch means in your street. It means that mortgage issues are at their lowest level since 1959.

Loads more people are having trouble keeping up with the payments. Shelter predicts 45,000 repossessions this year. Where are these people going to go? The banks don't care as long as they get their money.

The value of pension schemes is determined by pension fund managers lobbing our money at the stock exchange. Since the value of pretty well all shares has gone down over the past year pensions have lost £250bn. That means someone retiring this year will get a 20% smaller pot than they would have got last year. Of course it's not the workers' fault. All they wanted to do was save for their retirement. Unlike the bankers, they will not be compensated.

There are nearly 1.8million unemployed. The scariest prediction is that it could be up to 2million by Christmas. The London free papers are predicting a bloodbath with 60,000 City jobs dangling over the edge. And this will have knock-on effects and especially on  London's economy.

New car sales are down 18.6% in August compared with 2007, 21.2% in September - how low can they go? No wonder Ellesmere Port is bleeding 460 jobs and Fords is laying off workers at Halewood, Dagenham and Bridgend. Think of the effect on all the workers in the supply industries. It'll be a row of dominoes going down.

Citizens Advice reports that more and more people can't pay their bills. Consumer credit, as well as mortgage debt, is being squeezed. Over the past 6 months 5 million credit card applications have been refused. There are already reports of people making mortgage repayments with their credit cards.

On top of all this inflation is above 5%. We're all going to be walloped by monster fuel bills. 5.4 million households live in fuel poverty, and it's going to get worse.

The financial crisis will have further impact on the real economy. Local councils and charities have hundreds of millions frozen in Icelandic banks. Their activities will seize up. The banks will jack up interest rates on the overdrafts of precarious small businesses in particular. That could push them over the edge.

As the Economist commented (11.10.08), "The underlying problem is that Britain's economy was vulnerable even before the credit crisis struck. Much of its recent growth had been driven by the City, and based on a financial model whose defects have now been brutally exposed. Consumer spending had held up despite sluggish disposable income because homeowners could borrow against increasing housing wealth. That drove the household saving ratio down to almost a 60-year low (in fact, it turned negative) in the first quarter of 2008. Exports, despite the falling pound, will struggle to take up consumers' slack, for Britain's main trading partners are also running into trouble."

There's an old proverb, that there's no smoke without fire. The economic recession will follow the fireworks of the financial crash and it will have serious effects. In AD 79 Pompeii was destroyed, not by the volcanic explosion directly, but it was the fall out of the ash that followed which choked the people. The coming recession will transform the psychology of all classes in society.

It is high time the leadership of the trade union movement took this threat to the working class seriously and mobilised the movement in defence of jobs and living standards.