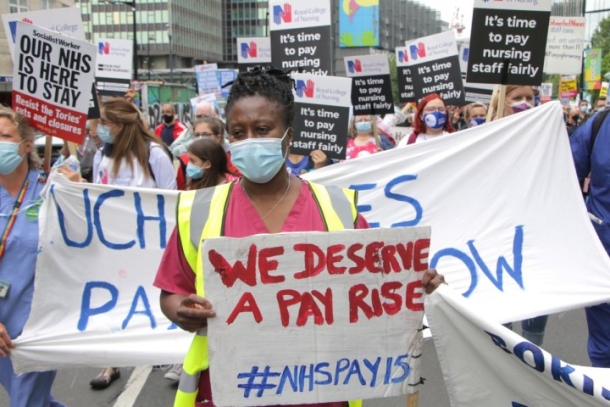 The NHS is in the midst of a deep crisis. Chaos is unfolding in A&Es, with record-breaking wait times. This catastrophe has been a long time coming – the result of years of austerity and privatisation. But health workers are fighting back.

By August last year, NHS waiting lists had reached an all-time high, with seven million people awaiting hospital treatment. At the time, the director of NHS England, Sir Stephen Powis, warned that the country was in for “a difficult winter ahead”.

Winter is now here. And it is painfully clear for all to see that over a decade’s worth of underfunding, privatisation, and mismanagement has led Britain’s health service to the brink of collapse.

Since the start of the year, over a dozen NHS trusts have declared ‘critical incidents’. Appointments have been cancelled and new wards opened up in a desperate effort to relieve the monumental pressures facing A&E departments.

Considering that the NHS went into December with its worst ever performance compared to targets and highest ever hospital occupancy rates, the current catastrophe was inevitable.

This unfolding chaos is only the tip of the iceberg, however; a symptom of a much deeper crisis that permeates the entire public health and care system.

Social care has been gutted by cuts and privatisation. Local authorities already struggle to find sufficient funding for services, which are increasingly outsourced. The proliferation of low pay and zero-hour contracts, meanwhile, has led to widespread job vacancies in the sector, which are estimated to balloon to half a million by 2030. 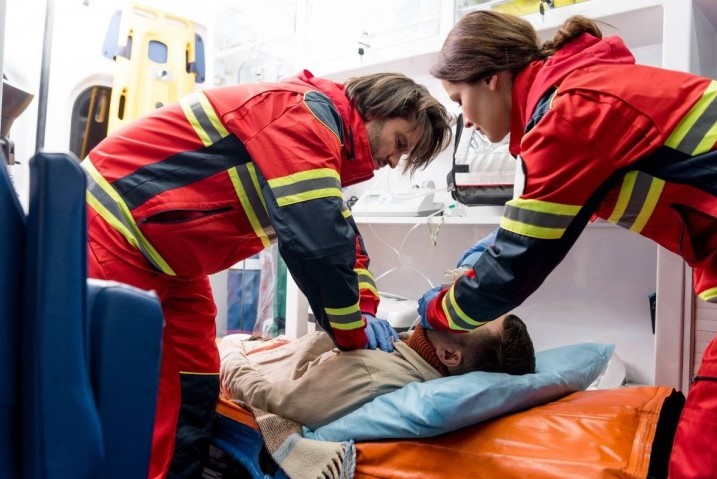 With the A&Es at full capacity, there is nowhere for ambulance crews to send critically ill patients.

As a result, those lucky enough to receive treatment and be given a hospital bed may have to remain in hospital for weeks, or even months, since the necessary social care to safely discharge them is unavailable. This, in turn, creates further bottlenecks elsewhere.

To shift the backlog, the government has provided an extra £250 million to the NHS to buy care home beds. But this is too little too late.

With hospitals unable to release recovered patients, there is nowhere to put the unwell ones. Consequently, horror stories abound of people being left waiting on trolleys in corridors – for up to 99 hours in some cases.

And with the A&Es at full capacity, there is nowhere for ambulance crews to send critically ill patients. In 95% of cases, the wait for handing over patients to hospital staff exceeded the 30-minute target. In December, one in five ambulances waited over an hour – the potential difference between life or death.

These intolerable pressures have produced equally intolerable working conditions for health staff, causing many to abandon the NHS entirely. 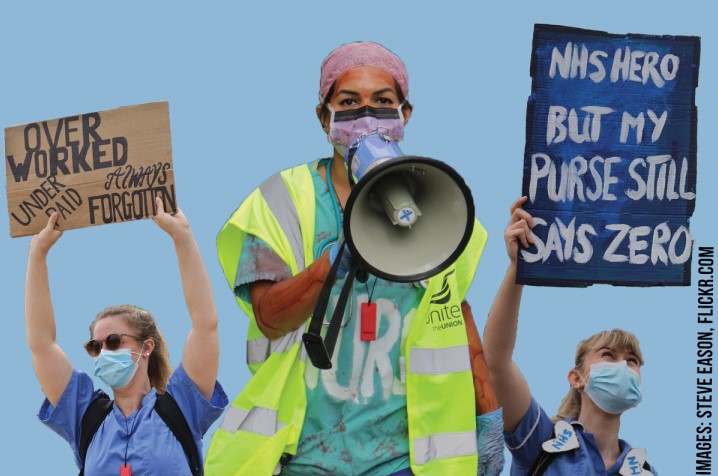 In the last year, a record 40,000 nurses left the profession. Similarly, four in ten doctors are planning on leaving.

Even before this latest winter crisis, the NHS was already in dire need of more nurses and doctors. Now Britain’s public health system has 133,000 unfilled job vacancies. And why on earth would anyone voluntarily choose to work in the NHS in its current state, for a salary that barely covers monthly rent and bills?

Health workers everywhere have reached breaking point. This is why nurses and ambulance workers across the country have come out on strike in recent weeks, with doctors also being balloted for action as we go to press.

The disaster being witnessed in the NHS has been a long time coming. Health professionals were warning of the alarming state of services even before the COVID pandemic, which only accelerated the crisis.

At the same time, while working conditions and patient services come under attack, the profiteers are laughing all the way to the bank, pocketing from the public purse.

Of the minimal funding that the NHS does receive, 27% is handed straight over to private providers, with rip-off contracts involving extortionate rates in exchange for dangerously subpar services. Yet while parasitical companies make record profits, hospital workers are having to choose between heating and eating.

This is not the result of a ‘political choice’ or ‘ideology’, as some commentators claim. The Tories have not dismantled the NHS simply because they are nasty or greedy people (although they are). This – austerity and privatisation – is the logic of capitalism in crisis.

The truth is that capitalism can no longer afford the gains that previous generations struggled and fought for: not only the NHS, but decent welfare, pensions, and public services also.

Under capitalism, the NHS will only move further and further away from the ideals it was founded on – and closer and closer to total collapse.

Neither the Tories nor Starmer’s Labour offer any solutions to this terminal crisis.

Rishi Sunak and his wealthy chums live on another planet: indifferent and oblivious to the meltdown in the public health system, which they happily bypass in favour of private alternatives when it comes to their own personal medical needs.

Rishi Sunak refuses to say if he uses private healthcare. We can assume his evasion is a 'yes' - he does!
Multi-millionaire PM is arrogant & not open or honest. He's out of touch with millions who face long NHS waits https://t.co/53moHtAnLJ@AaronBastani @AdamBienkov @AdamRamsay

Shadow health secretary Wes Streeting, meanwhile, has said that a Labour government would lean on private providers, rather than bringing services under public ownership.

Health workers must therefore rely on their own strength, and unite with the rest of the labour movement to save our NHS.

This means workers across the healthcare system and the trade union movement coordinating action to ensure the maximum impact.

Only militant, united struggle – combined with a programme of bold socialist policies – can put an end to the intolerable working conditions and pitiful pay facing NHS staff, and to the never-ending tragedy facing millions of patients. 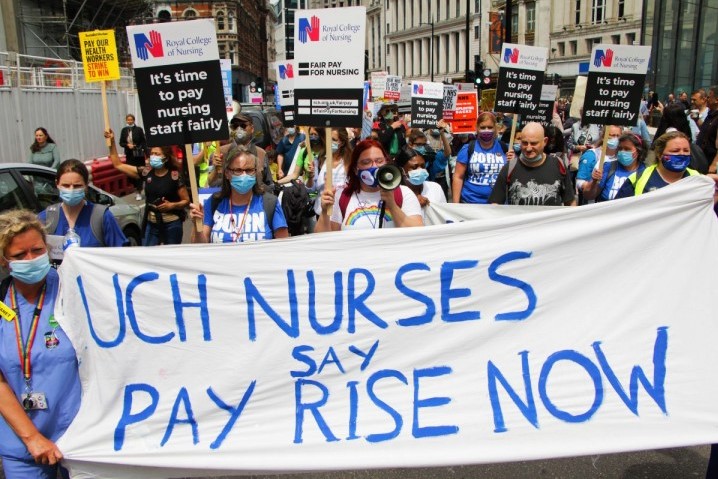 Health workers must rely on their own strength, and unite with the rest of the labour movement to save the NHS / Image: Socialist Appeal

Such a programme should include demands for a mass recruitment campaign, led by health unions, on the basis of free tuition, an inflating-busting pay rise, and a reduction in working hours.

The wealth and resources for this, and more, exists. But to utilise it requires expropriating the billionaires and profiteers: nationalising the major banks and monopolies; bringing all private health services and outsourced jobs back in-house, under public ownership; and running the NHS under workers’ management, in the interests of all.