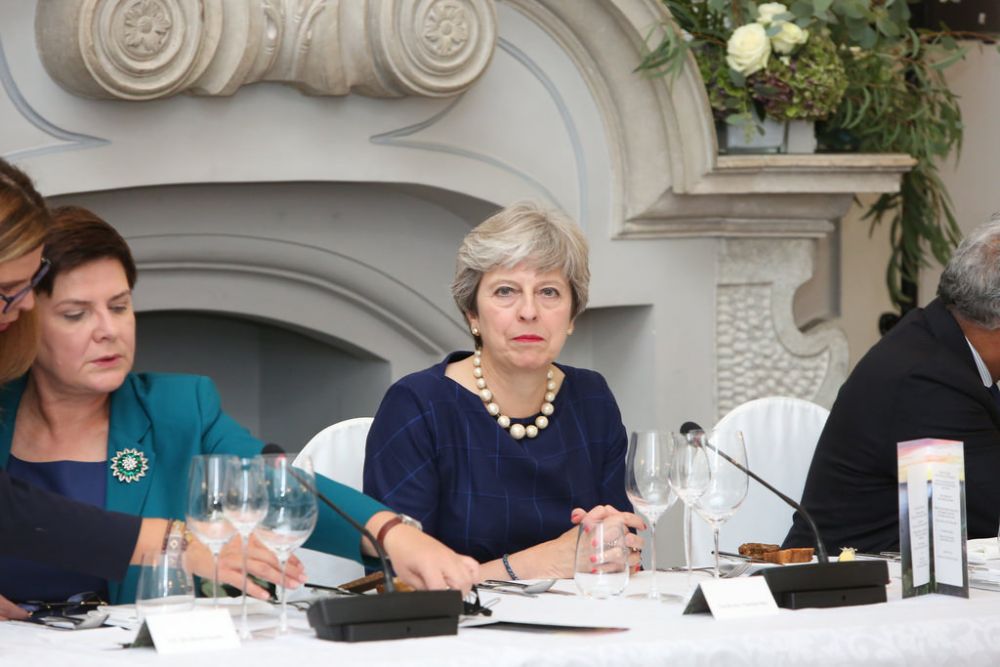 By kicking off 2018 with a cabinet reshuffle, May had intended to re-establish her authority over the Tory Party and her cabinet. The Prime Minister hoped to send out a signal that her administration had found a new stability. But it was not to be.

Instead, the reshuffle proved to be just the latest farce in the pantomime that is the May government. The Financial Times could barely conceal its contempt:

“Reshuffles are rarely as exciting or wide-ranging as expected. But it is hard to think of a more shambolic rearrangement of a British cabinet in recent history than Theresa May’s effort on Monday.” (FT, 09/01/20117)

The events were preceded with great fanfare. But they immediately nosedived into the ground. First the Conservative Party Twitter page mistakenly announced Chris Grayling as the new party chairman. Needless to say, the tweet was promptly deleted. Then the replacements began.

Northern Ireland secretary, Brokenshire, was to leave for health reasons. Party chairman, Patrick McLoughlin, was to be replaced…despite having made no secret of his desire to go long ago! Meanwhile, Mark Garnier, the parliamentary under-secretary of state, was out: hardly a surprise for a man guilty of sending his assistants out to buy sex toys!

Where was the assertion of authority? Where was the rolling heads? Here and there May did try to assert herself. But the Tory leader was met by a simple, “No, thank you”. 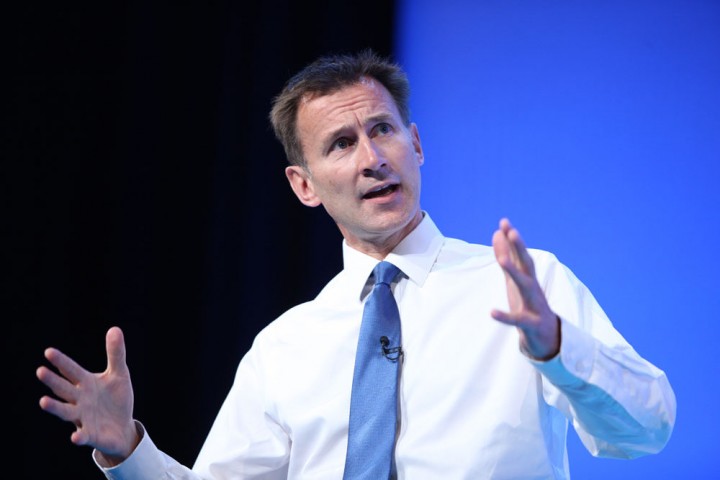 Jeremy Hunt was asked to vacate the Department of Health. He politely informed May that this would not be happening. Meanwhile, Justine Greening stormed out rather than be sacked from the Department for Education. Her resignation was followed up with a passive-aggressive tweet or two. Such behaviour from senior ministers is hardly a demonstration of a party united behind an authoritative leader.

At the same time, the most senior posts in the cabinet remained totally unchanged: Hammond, Rudd, Davis and Johnson remain as chancellor, home secretary, Brexit secretary and foreign secretary respectively. What remained was an insignificant shuffling of the pack among the lower ranking ministers, plus the renaming of a few departments. 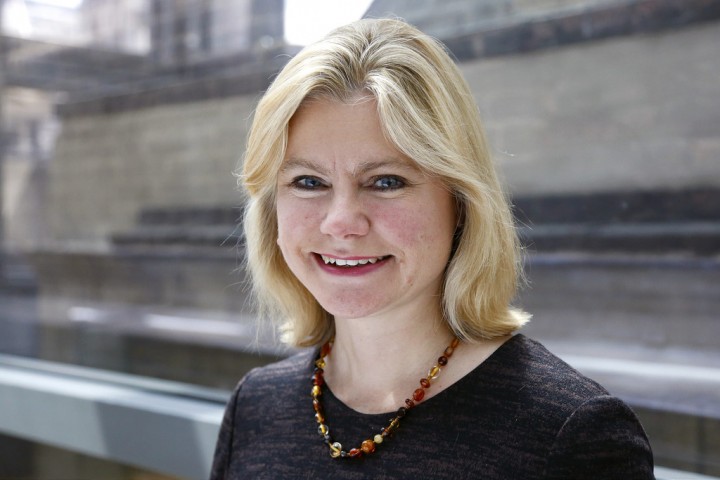 Justine Greening's resignation from the Department for Education was followed by a series of passive aggressive comments on Twitter / Image: Flickr, DFID 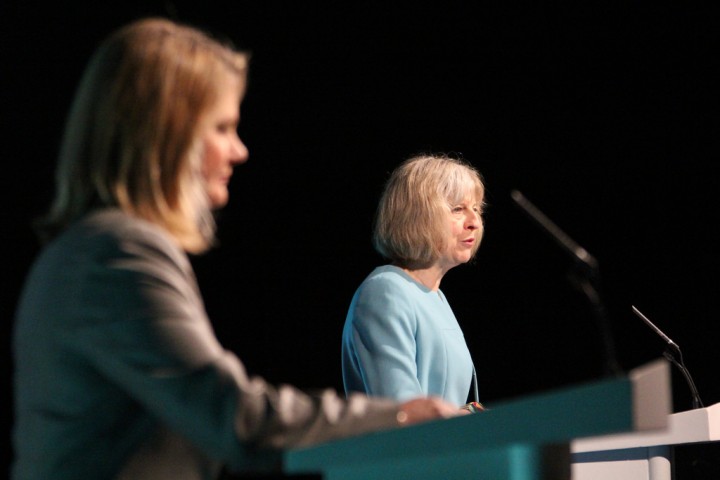 Theresa May cut a pathetic figure after the reshuffle / Image: Flickr, DFID

In this whole crisis, May cuts a pitiable figure. Intended to reboot her leadership, this reshuffle will go down alongside the shambolic manifesto launch in May 2017 and the Tory Party conference speech in October as one in a litany of unforced errors. These have unrelentingly sapped the authority of a hobbled regime, which has been limping on since June.

In the words of the Financial Times:

“Mrs May cannot seem to get a break. Whenever the prime minister builds up any momentum and appears to be leading a functioning government, a self-inflicted mistake undoes any progress and further drains away her political capital. The reshuffle, intended to be a sign of strength and confidence, has instead exposed how weak, divided and rudderless the Conservatives are. Once again, Tories are asking themselves: how sustainable is this situation?”

But where do all these unforced errors come from? Like a woman trapped in quicksand, whatever Theresa May seems to do, she sinks further into the mire. Whatever her individual qualities, it is the crisis wracking British capitalism and its political voice, the Tory Party, which is ultimately at the root of all her problems.

By the day the Tory Party falls behind Labour. What support it had is being sapped, and not only from amongst the youth. A City fund manager and CEO put it simply in the Financial Times, saying, “capitalism is not working for the under-40s, so they’re voting for socialism.”

The Tories have recently faced calls to come clean about the real state of their internal rot. Having failed since 2013, out of pure shame, to publish its membership figures, some estimate membership at less than 100,000, making it Britain’s fourth largest political party. The change of party chairman may be intended to stem the bleeding, but it will be futile. Like Hammond’s anaemic budget, May’s anaemic reshuffle shows recognition of the problem but impotence in solving it.

With a wafer thin majority - reliant on the uncertain cooperation of the DUP - and deep internal divisions, any decisive step that one might normally expect ordinarily to strengthen a prime minister could instead lead to the complete break up and toppling of the government. The only thing May can do to try and hold things together is to do nothing at all - to delay the hard choices and kick the can down the road.

The unexpected unanimity within her cabinet over Phase One of the Brexit negotiations perhaps gave May a glimmer of hope that this was her time to assert herself. But it instead proved to be a mirage. It is not for love of May or her Brexit stance that the cabinet finally got behind her. Rather, it was a fear of Corbyn and the immediate collapse of the government that pulled the Brexiters behind her.

Despite despising the Prime Minister, senior Tories know that they need her. She is impotent to move against them, and they are impotent to move against her. But as soon as May goes, or Brexit negotiations stall, or some other ‘accident’ occurs, calling for a decisive showdown, the hidden civil war in the party will burst into the open - with devastating effects for the ruling class and the stability of their system.