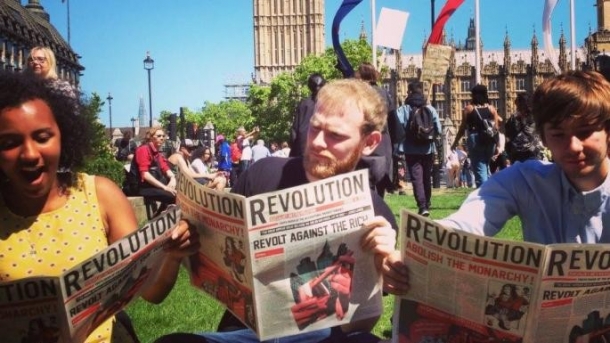 A recent poll finds that young people in the UK today see capitalism as more dangerous than communism. But what has really sent the establishment into a frenzy is Marxist student Fiona Lali's defence of communism on BBC Radio 4.

24 percent of people aged 18-24 see right-wingers and big business as the most dangerous things in the world today. This is compared to just 9 percent who said the same thing about communists. These findings from a ComRes poll have set the establishment on edge.

As a result The Today Programme on BBC Radio 4 invited Fiona Lali, President of SOAS Marxist society and lead delegate to the NUS conference from SOAS Students’ Union, to participate in a debate on capitalism vs communism. Fiona put up an excellent defence of communism against the president of the Conservative Association at Reading University. You can listen to the recording below:

Fiona explained that the current generation of young people will be the first to suffer a worse standard of living than that of their parents. We are facing worse living standards, worse working conditions, poorer healthcare, and little-to-no chance of ever having a secure place to live. In the wake of the collapse of Carillion it’s more obvious than ever that this isn’t a product of capitalism 'gone wrong'. This is the best that capitalism has to offer, and there’s a growing number of us who are not willing to put up with it.

The BBC presenter, John Humphrys, asked Fiona whether the experience of the USSR proves that communism is a failed and discredited system. She replied by explaining that there were spectacular achievements thanks to the USSR’s rejection of capitalism and its use of a planned economy.

The USSR went from being a nation that was more economically backward than Bangladesh is today, to the second most powerful nation on earth in the space of less than 50 years. This is proof – not in theory but in reality – that the economy can be run without landlords, bankers, and capitalists and that excellent results can be achieved on that basis.

Fiona’s superb defence of communist ideas on national radio has sent parts of the establishment into a fit of fury. First up was the editor of the unashamedly pro-capitalist CityAM, Christian May, who launched into a tirade on Twitter:

Capitalism subjugates the needs of the 99% to the profits of the 1%. The result is millions of preventable deaths and untold misery for people all over the world, including in Britain. If that's not tyrannical and murderous I don't know what is

Next, the story was picked up by the Murdoch-owned newspaper, the Times. And subsequently by the right-wing rag, the Daily Mail, and the International Business Times. These establishment mouthpieces enlisted Orlando Figes, the self-confessed slanderer and academic who has built a career out of selling half-truths and distortions about the Russian Revolution, to protest that universities are “luring” young people towards communism. 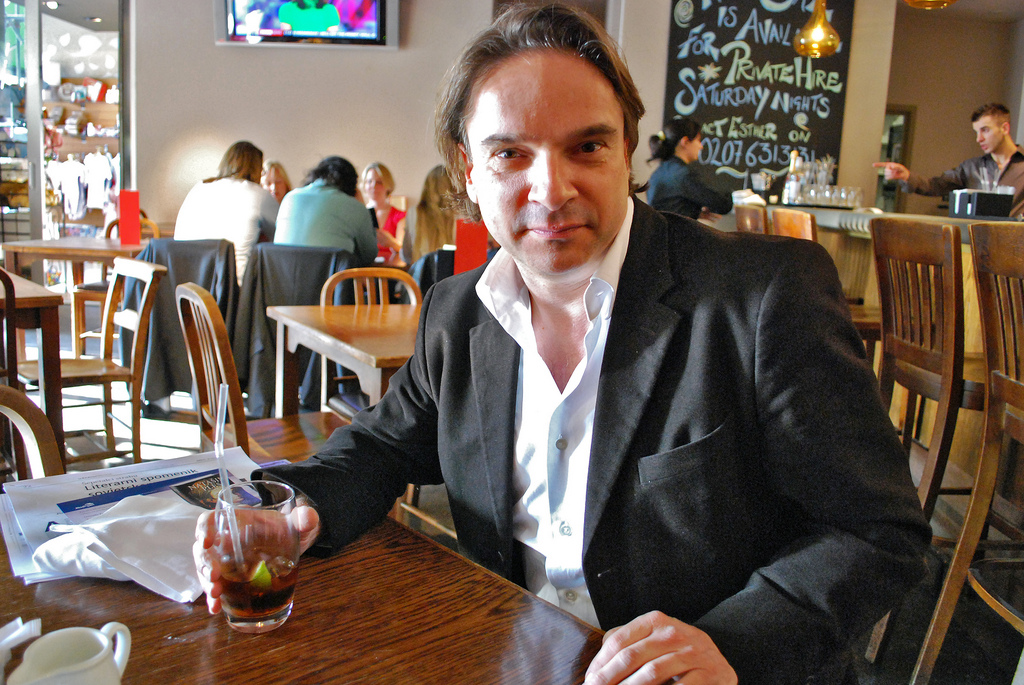 Despite the condescending attitude of academics like Orlando Figes, Marxism continues to inspire the youth / Image: Flickr BockoPix

Figes complains that young people don’t seem to know that millions of people died under the Stalinist regime in the Soviet Union. But he is wrong. Of course we know that. But we understand that Stalin’s Russia was a product of the degeneration of the aims of the Russian Revolution, not their realisation. The achievements of the Soviet Union were in spite of, not thanks to Stalin’s dictatorship. With a democratically planned economy, society could develop far beyond anything we have seen before. Those are the lessons, both positive and negative, of the experience of the USSR.

It is precisely the patronising attitude of arrogant academics like Figes that turns young people away from the establishment propaganda, which says that the system we have got is the best one possible.

Does Figes think we can’t see straight through his stinking hypocrisy? How many people have died over the last 100 years in wars fought over access to markets and profits? How many refugees have been drowned in the Mediterranean or interned in modern-day gulags on the borders of Europe? One figure alone speaks volumes about capitalism today: roughly three million children die from starvation or preventable illness every single year.

Capitalism’s atrocious record when it comes to human life stretches right back to its birth. How many lives did the slave trade claim? How many died at the hands of the British Empire? And during the conquest of the New World? How many capitalists, landlords, bosses, and “statesmen” lined up to praise Mussolini, Hitler, Franco, Pinochet, and others at one time or another? The history and modern-day reality of capitalism is one of horror without end, all in the interests of profit. This is the system that Figes and his ilk defend.

What the capitalist press and the academic establishment can’t understand is that Marxist ideas aren’t becoming more popular because they’re fashionable, or because young people are stupid. It’s because the capitalist system is systematically exposing itself as bankrupt in every sense of the word.

The only ideas that clearly and coherently explain the fundamental workings of the capitalist system and the contradictions built into its foundations are those first expounded by Karl Marx.

While the Tory press and the bourgeois academics rant and rave, the Marxist Student Federation will continue its work of educating a new generation in the ideas of Marx, Engels, Lenin and Trotsky - and using those ideas as a guide to change the world with socialist revolution.

As Marx and Engels themselves said in the Communist Manifesto:

Let the ruling classes tremble at a communistic revolution. The proletarians have nothing to lose but their chains. They have a world to win.

On a side note, it’s been interesting to see the debate developing online around Fiona’s defence of communism. Here are some of the reactions:

Bravo to the articulate young woman who powerfully made the case for socialism on #r4today this morning. Socialist ideas are gaining ground.

The case for communism well represented by the #r4today guest there. Needed a longer debate. Against a backdrop of the #Carillion crisis it’s pleasing that young people are rejecting capitalism & capitalism lies about a planned economy ??

Maybe individuals like you should be put to work in a south-east Asian sweatshop to experience first-hand what capitalism is to millions of people around the world?

Capitalism just kills people in the name of profit and wreaks havoc on underdeveloped countries. It has been steeped in death and destruction since the day it entered the stage of history. That's not a quote from a novel - it's a fact from real life