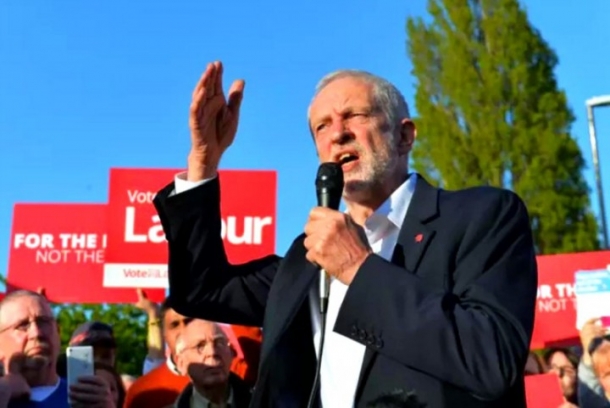 As expected, the European elections saw a huge victory for the Brexit Party, which took 32 percent of the vote in Britain. This clearly reflects the frustrations of many people about the paralysis in Parliament and the failure of politicians to agree on a path for Britain’s departure from the EU.

The outcome of this election, however, should not be used to read into that of a future general election. The vote last Thursday was more of a referendum on Brexit.

The frustration over Brexit was above all aimed at the Tory Party, which faced the greatest electoral humiliation in its history. The Conservatives gained only 9 percent of the vote, losing a swathe of MEPs. It is a staggering defeat, adding to the bloodbath the party faced in the local elections earlier this month.

The result was widely expected by Tories and commentators alike. Nevertheless, combined with last week’s resignation announcement by Theresa May, it represents an absolute implosion of the Tory Party.

This was always going to be a difficult election for Labour. And so it proved to be, with Labour's vote falling to 14 percent.

Corbyn has correctly attempted to cut across the Brexit debate and pull together both Remain and Leave voters from the working class, which has been badly divided over this issue. In the end, however, the Labour vote was badly squeezed by the Brexit Party, on one side, and the votes for pro-Remain parties on the other – most notably the Liberal Democrats. 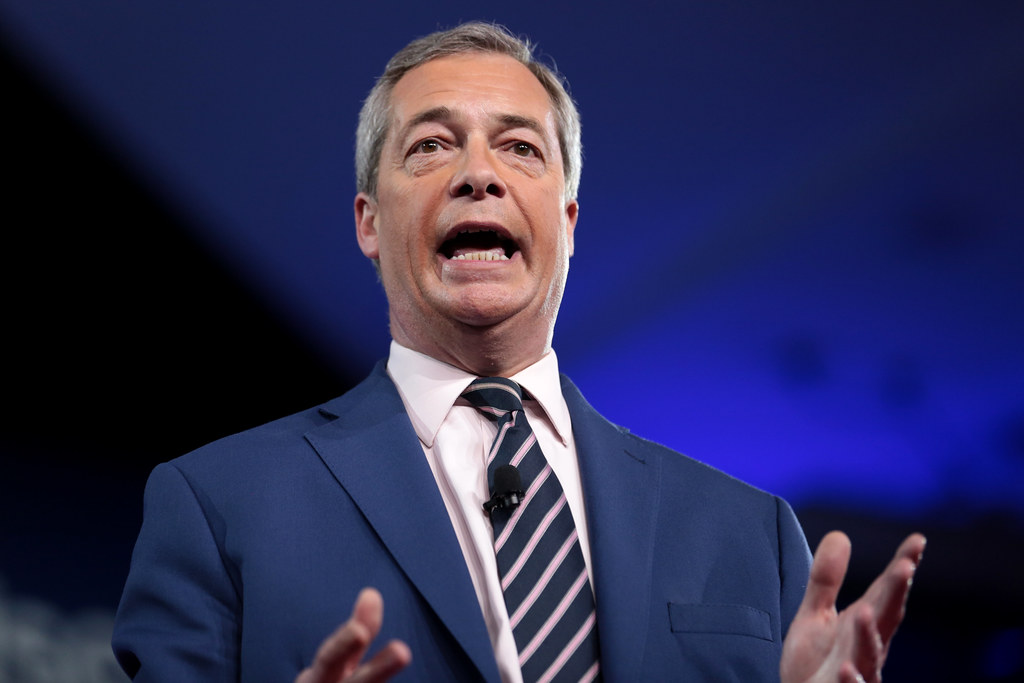 The European elections saw a huge victory for the Brexit Party, which took 32 percent of the vote. This clearly reflects the frustrations of many people about the paralysis in parliament over Brexit / Image: Flickr, Gage Skidmore

Across the UK, the Liberal Democrats came second with 20 percent, opportunistically riding the Remain vote.

In this respect, the cacophony of calls for a second referendum has partially helped to dull memories of the Lib Dems’ disastrous coalition with the Tories, where they helped Cameron and Osborne carry out their programme of austerity. This again shows the reactionary nature of the demand for a so-called ‘People’s Vote’, which blurs class divisions and distracts from key class issues.

In Scotland the Labour Party was pushed into fifth place, having failed to win a single seat. It was the party’s worst result in Scotland since 1910. The SNP came out on top, cementing its domination of politics in Scotland, and winning three out of six MEP seats.

Labour's failure north of the border was partly the result of its ambiguous position on Brexit. This is in contrast to the SNP, who have come out firmly in favour of Remain. But this was also compounded by Labour’s poor position on the national question and the rotten legacy of Blairism, which has left a bitter taste in the mouth of Scottish workers.

Labour’s setback was grist to the mill for the Blairites, who immediately went onto the offensive against Jeremy Corbyn. They are now jumping up and down, using these results to mercilessly attack Corbyn.

But in reality they have been waiting for months for this opportunity to pounce. Originally, they wanted the party to do badly in the 2017 general election, but were shocked by the unexpected swing towards Labour.

The latest attacks against Corbyn have again been led by Tom Watson, the Labour deputy leader. He said that Corbyn’s attitude to a so-called ‘People’s Vote’ was “mealy-mouthed”. 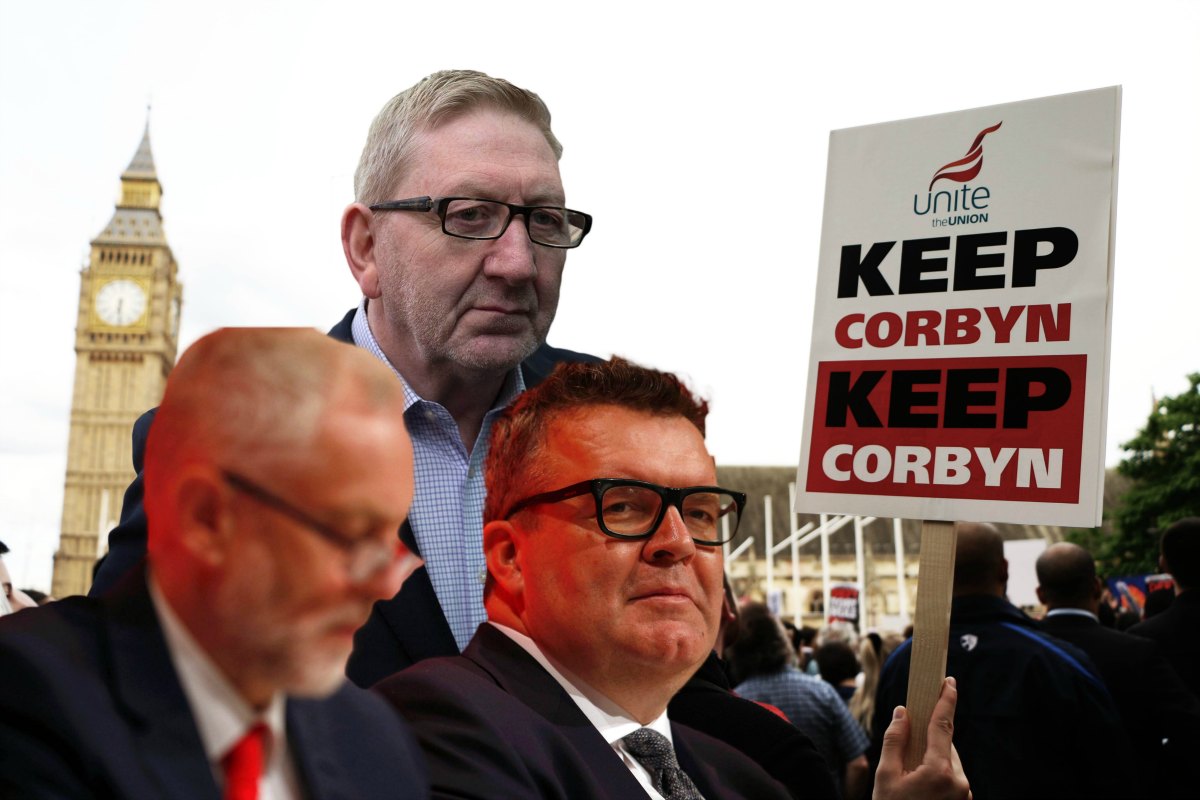 Labour’s setback was grist to the mill for the Blairites, who immediately went onto the offensive against Jeremy Corbyn. In reality, they've been waiting for such an opportunity for months / Image: Socialist Appeal

Watson asserted that it was the failure of Labour to back a second referendum that was directly responsible for it losing ground to the Remain-backing parties. The deputy leader has gathered around him the likes of Emily Thornberry, Shami Chakrabarti, and other nominally ‘pro-Corbyn’ figures in this campaign.

Len McCluskey, general secretary of Unite the Union, has correctly accused Tom Watson of trying to turn Labour members against Corbyn over the question of a second referendum.

“Tom Watson’s already out, surprise surprise, trying to take on the role of Prince Machiavelli. But I’ve got news for Tom. Machiavelli was effective. He’s a poor imitation of that,” stated McCluskey. “If he’s trying to turn Labour members against Corbyn and in his favour, then he’s going to lose disastrously.”

“And there will be others in the coming days who try and do the same. Now is the time to hold your nerve, because a general election, which is the only thing that will resolve this situation, is closer now than anything.”

Despite the support from key figures such as McCluskey, the pressure on Corbyn is immense. Apparently, one Corbyn ally who favours a second referendum said he believed the “tide is turning in the leader’s office” because of the strength of feeling amongst Labour members.

It seems that Corbyn has edged closer to backing a second referendum. But he also faces resistance from Labour MPs in Leave-voting areas. The fact is that Labour’s key target seats are in such places.

Backing a second referendum (and, presumably, a Remain vote in such a vote) would be disastrous for the Labour Party. Rather than uniting the country, a new referendum would create massive divisions, the likes of which we have never seen. 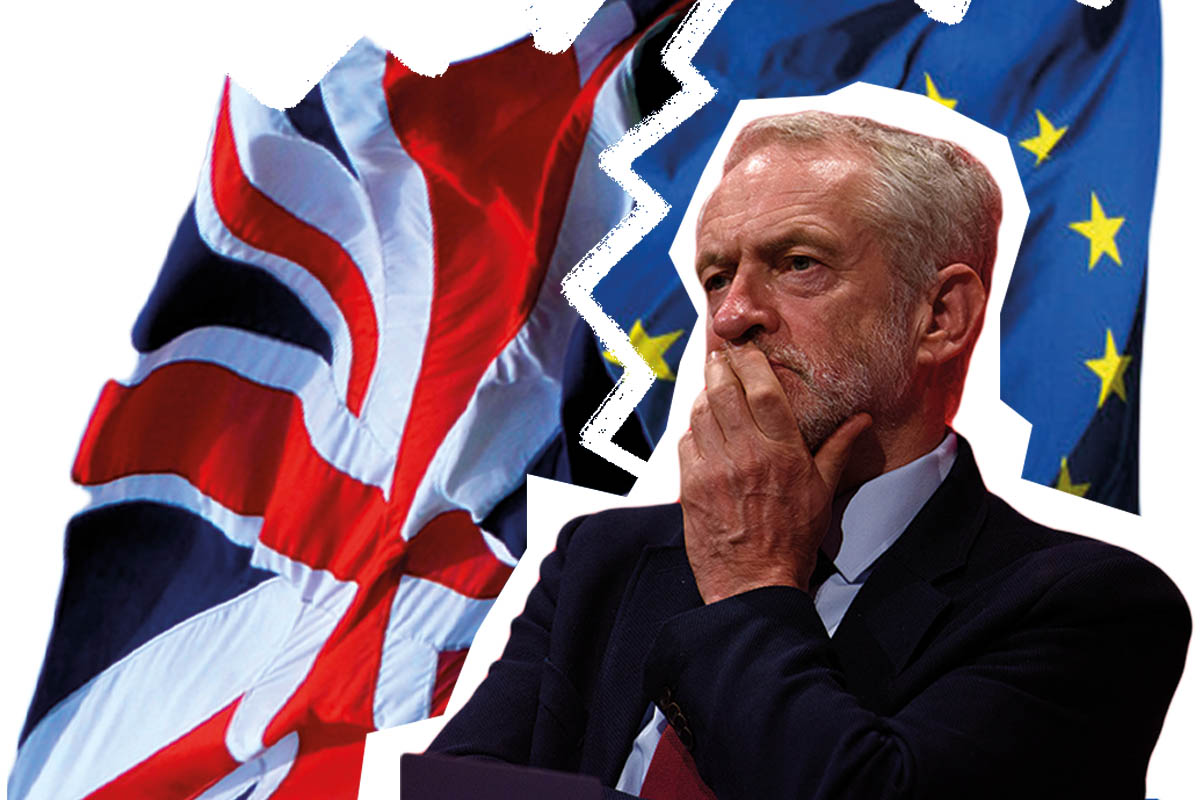 A second referendum would force workers to take sides in an argument manufactured by two camps of the ruling class. We need a general election! / Image: Socialist Appeal

Nigel Farage would have a field day in whipping up a frenzy, accusing Westminster politicians of betrayal and denouncing the farce of democracy. The Brexit Party founder would continue to play the anti-establishment card, which he has already used to great effect in these European elections.

A second referendum would not be an argument over class issues, but would force workers to take sides in an argument manufactured by two camps of the ruling class. Either inside the EU or outside, the working class will still be forced to bear the brunt of capitalism’s crisis.

A future Labour government that takes radical measures, meanwhile, will come into direct conflict with the pro-business European Union. This was already seen in relation to the Syriza government in Greece. And closer to home, EU legislation preventing state intervention has been cited recently in opposition to calls for British Steel to be nationalised to protect the industry and its workers.

Where Labour fights on the broader social and class questions, it does well. But that is not the terrain of the European elections, dominated by the single issue of Brexit. A general election will be completely different in this respect.

With May on her way out, a Tory leadership contest is set to begin. But this will be a fight between crocodiles and alligators. Whoever the Tories choose as their new leader, the government will still be completely paralysed. The Conservative Party, meanwhile, will be left bruised and battered – and potentially badly split.

Facing parliamentary deadlock, and having failed to negotiate a new deal with Brussels, the new Tory leader will be forced either to hold a second referendum or fight a general election. A second referendum will be anathema to the ranks of the Tory Party. Despite all the dangers of allowing Corbyn into Number Ten, therefore, a general election would be the only viable option left.

With the Tories in meltdown, the government in disarray, and civil war raging over the race to replace May, there has never been a better time to force a general election. It is no accident that it is precisely now that the Blairities are working to undermine Jeremy Corbyn and sabotage the party.

There is no way out on the basis of capitalism. Only the fight for a Socialist Britain, linked to the struggle for a Socialist Europe, can offer a solution to the problems of unemployment, wage cuts, poverty, homelessness.

With the Tories tearing themselves to shreds, it is vital that the Labour leadership stands firm and focuses all its energies on forcing a general election. This should involve a national campaign across the labour movement, with strikes, rallies, and mass meetings. The call must go out: Labour to power on a bold socialist programme!