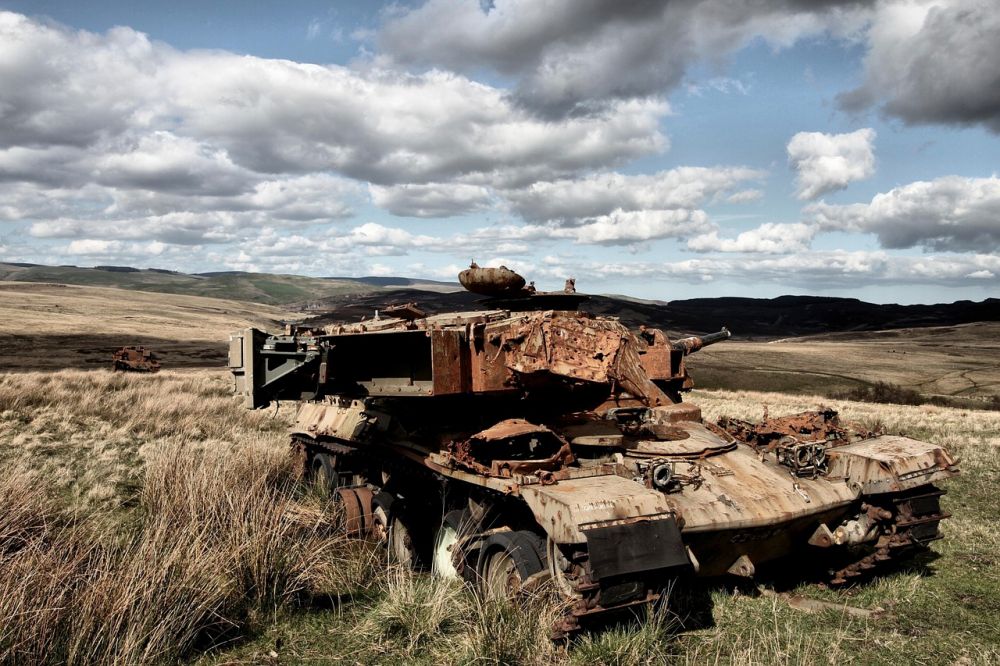 Barbara Humphries looks at the conflicting tendencies within the British Labour Party on the question of war. It is clear that the rank and file members of the party have always tended towards opposition to war, while the leadership has swung the other way. At times, however, the opposition has been so strong that it has limited the ability of the Labour leadership to put all its weight behind war efforts such as the US war on Vietnam.

The Blair government's policy of supporting the US led invasion of Iraq has received unprecedented opposition, both from activists in the anti-war movement and from within the ranks of the Labour Party. Even with the current regime in the Party where democracy is stifled, branches fail to meet and where activists are often disenfranchised, the Parliamentary Labour has been split down the middle. This reflects the mood within the constituencies and within the trade union movement. The labour movement is opposed to this war which is being carried out by a Labour Government.

The campaign for peace and opposition to militarism has deep roots within the Labour Party. When Labour launched its 1935 manifesto on foreign policy it was entitled "For Socialism and Peace". This manifesto, however, united party activists who had very different concepts about how this was to be achieved. Some Labour Party members were pacifists - this included the one time leader George Lansbury. There was a very large peace wing including Christian Socialists and the Co-operative Movement. Britain was then the world's foremost imperialist power and jingoistic flag waving was rampant on the part of the establishment. The Women's Co-operative Guild had a banner "No to militarism in our schools".

A wing of the party represented in the 1930s by the left-wing Socialist League called for a general strike world wide to stop any war from breaking out. This policy had been that of the Socialist International, abandoned in 1914 when the German Social Democratic Party had voted for war credits in the German Reichstag. The result of this vote was that the leadership of all the main European socialist parties ended up supporting their governments in the 1914-1918 war, which was imperialist on all sides and in which millions were slaughtered. The anti-war opposition in all countries was confined to a minority of socialists as even trade union leaders supported their government's war efforts. Only after four years of war was action against the war supported on a large scale. This developed into revolutionary movements of the working class across Europe, including the Russian revolution of 1917. In Britain dockworkers refused to load arms on to a boat called the 'Jolly George' which were to be used against the newly formed socialist government in Russia. They had the full support of the British labour movement. A conference was called endorsing a general strike if the British government did not end its support for the overthrow of the soviet government. This was critical in changing British foreign policy at the time.

In 1945 Labour was elected to power with an overall majority for the first time. Its domestic programme included nationalization and the introduction of the National Health Service. This was widely popular, including with the ranks of the armed forces. Labour supporters expected that foreign policy would include collective security with all the major players in the war against Nazism on board - including the Soviet Union, which had played a large role in the defeat of fascism - under the auspices of the United Nations.

Foreign policy under the Labour Government however was to take a different turn. Ernest Bevin, a right-wing former leader of the Transport and General Workers Union was unexpectedly appointed by Prime Minister Attlee as Foreign Secretary. It soon became clear that he was supporting the new concerns of the US government in 'containing communism.'

The first casualty was Greece. In Greece a communist led popular resistance movement had effectively fought the Nazi occupation of their country. But when the Nazis had been defeated British troops were ordered to carry out a policy of imposing an unpopular king and pro-capitalist government upon the Greek people. This was the first war of the Cold War era. It had been Winston Churchill's policy and Labour left-wingers were dismayed to find a Labour Government continuing with the same policy. British troops, who had formerly fought alongside the Greek resistance movement now behaved in Greece like an army of occupation. Labour opponents of this policy pointed out that the government of Greece supported by "Bevin - the kingmaker" had executed over 490 resistance fighters and another 1,300 faced trial. Furthermore the continuing war against the Greek people was costing millions of pounds, which the British Government could not afford if it was to fulfil its domestic manifesto promises. Finally when British troops were pulled out of Greece their place was taken by US troops to ensure the success of the counter-revolution. Greek workers were faced with poverty and dictatorship for decades.

The 1945-51 Labour Government met with opposition to its foreign policy. Conscription, introduced by the government in peacetime was opposed by 85 MPs. A hard core "Keep Left Group" including Michael Foot campaigned for British independence from US foreign policy which was increasingly leading to war-mongering against the Soviet Union by the Prime Minister and Foreign Secretary. The complete economic bankruptcy of Britain after the Second World War had left it dependent upon US loans, which were conditional on supporting US foreign policy! 20 Labour MPs had voted against the terms of these loans, and a further 40 abstained. They did not have the support of the Labour Party conference however, as the trades union block vote was stitched up by Labour right-wingers in the 1940s.

The US had become the world's foremost imperialist power but sought an ally in Europe. As the so-called "iron-curtain" descended, hysterical anti-communism became rife in the US affecting all sections of society. Fears were expressed about the potential success of the Communist parties, not only in Eastern Europe, but also through the ballot box in Italy and France. Open support for a left wing coalition of socialists and communists in Italy by Labour MPs sent in the form of a telegram to the Italian socialist Nenni was to lead to expulsion from the Party for a number of Labour MPs. The Marshall Plan, which made aid dependent on political support further sealed the borders of Europe between east and west. In 1948 NATO was formally established. Finally the Labour Government sent British troops into Korea in support of US foreign policy.

Labour lost to the Tories in 1951 and remained out of office until 1964. During the 1950s the Cold War continued. Opposition to the use of nuclear weapons continued with the formation of the Campaign for Nuclear Disarmament in 1958. Opposition to militarism and nuclear weapons continued in the Labour Party. In 1964 Labour was elected again, led by Harold Wilson with a small majority. The effects of Labour's opposition to US foreign policy soon made itself felt when the Prime Minister told the American president Lyndon Johnson that he could not send British troops to support the US war in Vietnam. This was due to opposition from the Labour Party and the British public. Not one battalion could be sent! Washington was annoyed - it believed that the presence of British troops added international credibility as well as efficiency and effectiveness. In his book "America and the British Labour Party- the special relationship at work" Peter Jones wrote: "Faced with the problem of managing potentially irate back bench supporters, particularly in the context of leading a government with a wafer thin majority, Harold Wilson found himself in something of a dilemma. He became torn between a desire to support America in return for its financial support for sterling and a desire to bring about a settlement to the conflict through negotiation and mediation". As the war in Vietnam continued opposition to the conduct of the war grew both on the streets of Britain and within the Labour Party. The American ambassador to London had to report that the pressure on Wilson came not just from the Left but from Labour moderates and from the public as well. Nevertheless Wilson appeased the American government in return for support for sterling by buying the Polaris submarine and agreeing a "world role for the US".

As the Labour Party moved to the left in the 1970s and 1980s, (particularly as a result of the electoral defeat in 1979) it also adopted a foreign policy which was hostile to the deployment of US nuclear weapons on British soil. In 1983 there were accusations that the Party's election manifesto commitments would have undermined NATO. Some of the Labour leadership refused to support the manifesto. Others had already left the Party and formed the Social Democratic Party. They were the real splitters of the movement. The Labour Party was defeated again in the 1983 general election.

But the end of the Cold War after 1990 did not bring the war mongering on the part of the US to an end. The first Gulf War of 1991 ended the brief post-Cold War peace. This war supported by the Labour leadership was opposed by a large number of activists, many of whom resigned from the Party. Since 1997 the Labour Government has been involved in four wars - Kosovo, Sierra Leone, Afghanistan and now Iraq. But the policies of the government have been deeply unpopular and the campaign against the war-mongering of the prime minister will continue both on the streets and within the labour movement, including the Labour Party.