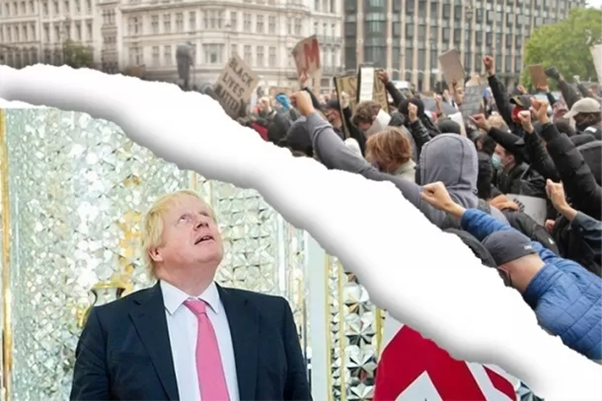 Big business politicians like Joe Biden and Boris Johnson are promising to ‘build back better’, with investment and jobs. But in reality, the working class will be presented with the bill for capitalism’s crises. Storms and struggle lie ahead.

It wasn’t supposed to be like this. Capitalism in its old age was supposed to be sedate. Instead there are crises and profound instability everywhere.

The shock of the coronavirus crisis over the last year has certainly upended the situation. The pandemic is still raging in most countries, and new more virulent variants are emerging. By some estimates, up to 12 million have already died from COVID-19 worldwide.

The poorest sections of society have been hit the hardest. At the same time, the rich have never been richer.

No wonder there is growing anger, especially towards the elites. 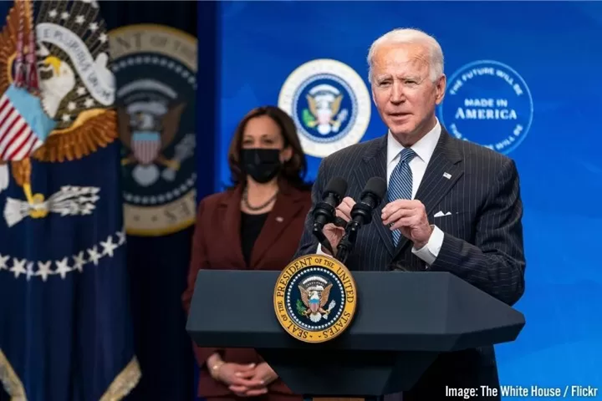 Across the world, the ruling class are pouring trillions into the global economy in order to rescue the capitalist system / Image: The White House, Flickr

Across the world, the ruling class are pouring trillions into the global economy in order to stabilise the situation and rescue the capitalist system.

There is an attempt to quell the anger with promises of investment and jobs. In Britain, for example, Boris Johnson and the Tories talk of ‘leveling up’. And in the USA, massive handouts have been offered to woo the working class.

“I’m a union guy,” said the Wall Street-backed Joe Biden. “I support unions. Unions built the middle class. It’s about time they start to get a piece of the action.” This was in a speech that the US President made in Pittsburgh, at the heart of the American rust belt.

Noises are made about the rich needing to pay their fair share. But, of course, nothing ever happens. The ‘banksters’ were bailed out, as the rest of the monied establishment will be too.

Of course, in the case of both Boris and Biden, these are just words. The capitalist crisis – and the massive debts accrued – will dictate governments’ future actions. It will be the working class who will be asked to pay the bill.

But already the tectonic plates are shifting. Consciousness is being impacted by events.

In 2019, before the pandemic, the Cato Institute – a conservative think-tank in the US – found that 75% of Americans felt that the rich were admired too much. This is incredibile in the land of capitalist ‘progress’ and the ‘American dream’.

But when you ask the under-30s, 44% said they felt angry when they read or heard about the rich. Some 53% supported redistribution, while 35% said they believed violent action may be justified. 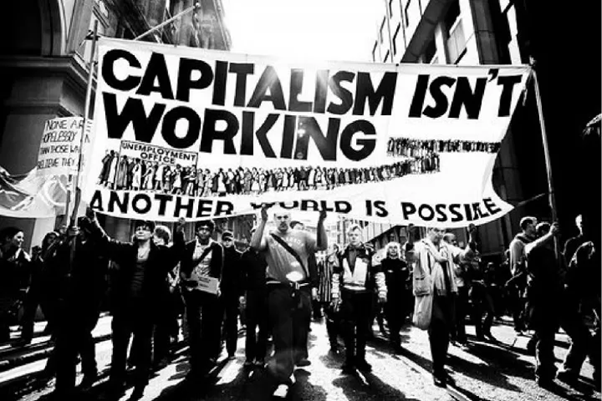 “Those who feel they are losing out are more willing to support radical changes,” noted Rhymer Rigby in the Financial Times, the organ of big business, in an article entitled A revolt against the rich could be sparked by basic demographics.

“Rising inequality was becoming ever more of a political issue,” wrote Ruchir Sharma, the chief global strategist at Morgan Stanley Investment Management, in the same paper. “This threatens to provoke popular backlashes against capitalism itself.” (FT, 14/5/21)

Billionaires vs the billions

Much of the $16 trillion stimulus and support spent by governments over the past year has ended up in financial markets – and from there into the pockets of the ultra-rich. Global GDP fell by 6% in 2020. Yet the rise in stocks over the same period was 30%.

As a consequence, according to Forbes, the total wealth of the billionaires globally has risen by $5 trillion to $13 trillion!

The global population of billionaires has risen more than fivefold in the past 20 years, with the largest fortunes rocketing past $100bn.

And economic stimulus driven by the pandemic has made the wealthiest even wealthier. What’s the story? https://t.co/AtQHleiDlh pic.twitter.com/3ohYIzhHb1

Over the past two decades, as the global number of billionaires rose more than fivefold, the largest personal fortunes burst through the $100bn mark.

In 2021, the number of billionaires increased by nearly 700, to a record total of more than 2,700. The biggest surge came in capitalist China and the United States. The fortune of Elon Musk, the founder of Tesla, climbed from $25bn to more than $150bn. The bottom half of American families, meanwhile, have a combined net worth lower than the top three US billionaires.

Incidentally, in answer to those who trumpet Sweden as a social democratic model to follow: in the last five years, Sweden’s population of billionaires has risen from 26 to 41, including 10 over the past year. In this period, their combined wealth as a share of GDP rose from 20% to 30%.

Even in India, with a massive poor population, billionaire wealth has soared to more than 17% of the country’s GDP, one of the highest ratios in the world. This is mainly concentrated in the hands of a few crony capitalist families.

Everywhere you look it is the same picture. These ‘robber barons’ rule the world. No wonder political wrath is stirring up against the billionaires and their system. No wonder people are becoming angry, as their living standards fall. Rather than ‘trickle down’, wealth has flowed relentlessly upwards. 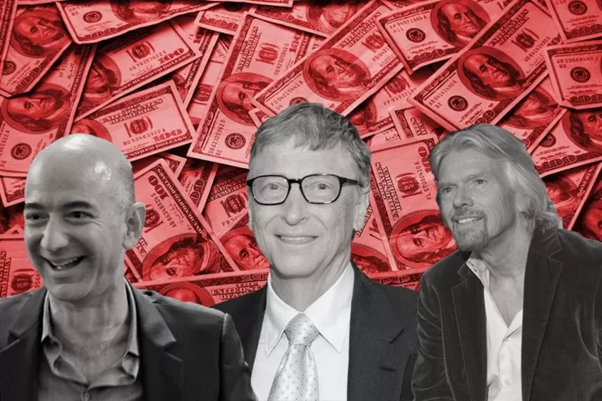 Over the past two decades, as the global number of billionaires rose more than fivefold / Image Socialist Appeal

As Marx explained: “Accumulation of wealth at one pole is, therefore, at the same time accumulation of misery, the torment of labour, slavery, ignorance, brutalisation and moral degradation at the opposite pole.”

This is the very logic of capitalism. The system cannot be reformed or regulated – it has to be done away with.

Millions more are increasingly recognising this fact. Things are not getting better but are getting worse. And despite the noises coming from Boris Johnson or Joe Biden, the capitalist crisis will inevitably mean increasing attacks on the working class. The bosses’ offensive is already underway.

Even Mark Carney, the former governor of the Bank of England, has warned the ruling class that conditions are being created similar to the middle of the 19th century, when Marx and Engels wrote the Communist Manifesto.

This will inevitably provoke a backlash and intensify the class struggle. The rising anger in society will inevitably mean explosive developments and revolutionary crises in one country after another. All attempts to patch things up will turn to ruin.

As the Marxists have consistently explained, there is no solution on the basis of capitalism. All it can offer is more suffering and pain.

By contrast, on the basis of a socialist planned economy – where the banks and major industries are brought under public ownership and democratic workers’ control – we could utilise the resources of society, not in the interests of the billionaire class, but for the mass of ordinary people.

The wonders of science and technology could be used to dramatically raise living standards, drastically reduce the working day, and give everyone a decent life.

The labour and trade union movement therefore needs to be armed with a Marxist programme, to struggle for the socialist transformation of society; to bring about a world free from wars, oppression, and exploitation.

We appeal to you to join us in this fight.