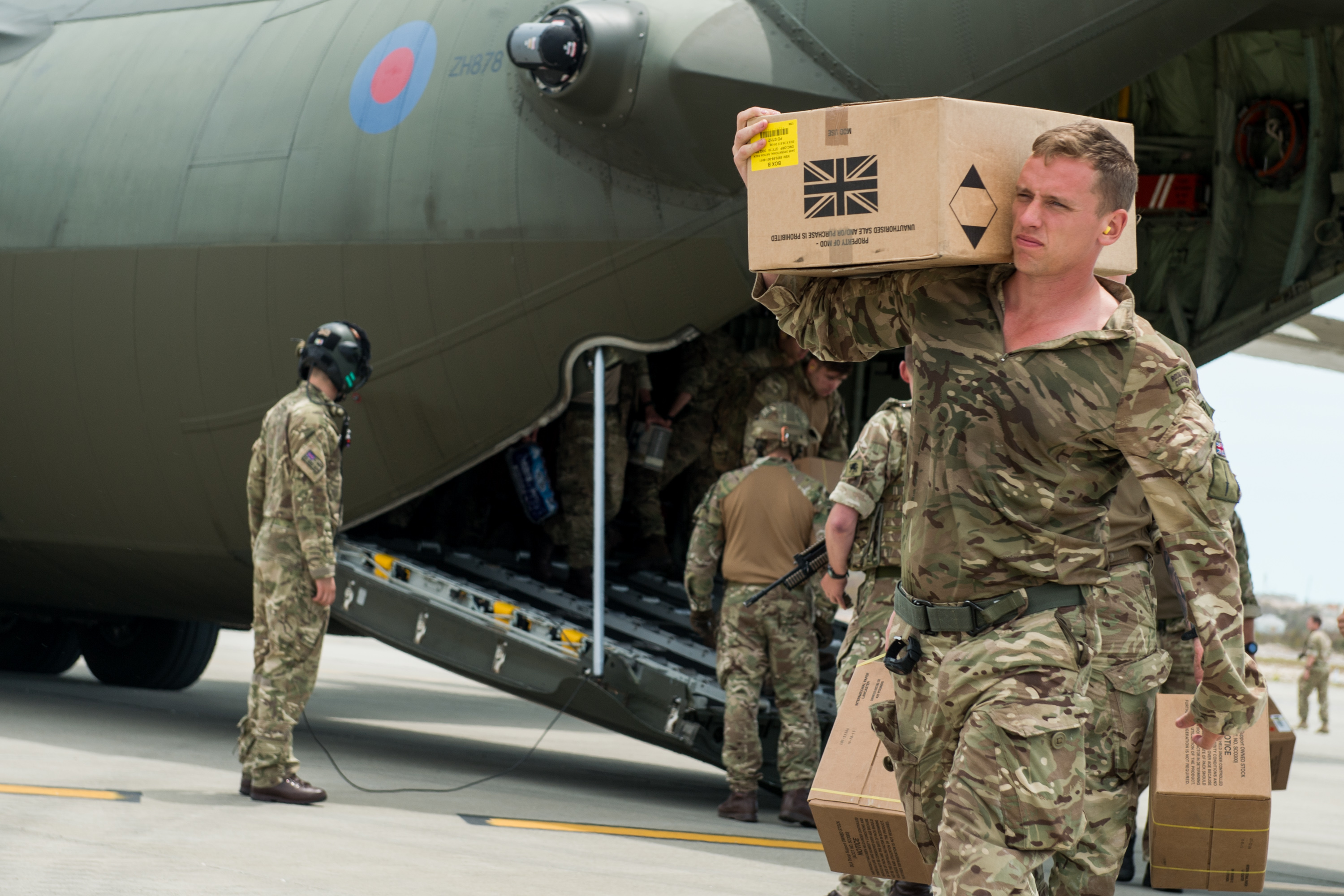 The move by the Tories to cut Britain's foreign aid budget has caused uproar amongst the establishment. But beneath their ‘concern for the poor’ lies their concern for their own profits.

The recent announcement by Chancellor Rishi Sunak that British foreign aid would be cut by £5 billion – from 0.7 to 0.5 percent of GDP – was greeted with uproar by the establishment. But whilst the imperialists shed crocodile tears for the world’s poorest, their real concern is that with these cuts, their own financial interests will suffer.

The Archbishop of Canterbury, writing in the Financial Times, explained that “a promise to the poor is particularly sacred […] Reducing our overseas aid commitment at this critical time is morally wrong,” adding that it was, “politically foolish and an act of national self-harm”.

But it is not only such ‘friends of the poor’ as the former oil executive and current Archbishop, Justin Welby, who have come out against these cuts. Baroness Sugg, the Foreign Office minister in charge of ‘sustainable development’, even resigned in protest.

Tory luminaries David Cameron and John Major added their voices to the chorus of anger, as did that champion of the oppressed, Tony Blair. Even Theresa May is said to have expressed her opposition to these cuts, although she did so “privately”.

It is thought that several dozen Tory MPs may even vote against the cuts. If only these people fought as boldly against cuts to local councils and the NHS!

What is foreign aid really about and why do these representatives of capital care that it is being cut? The British government does not make its decisions with the interests of the workers and poor in mind – be they in Britain or internationally – and they never have.

Under capitalism there is, as the saying goes, no such thing as a free lunch. In return for their ‘generosity’ and ‘support’, the imperialists demand something in return. 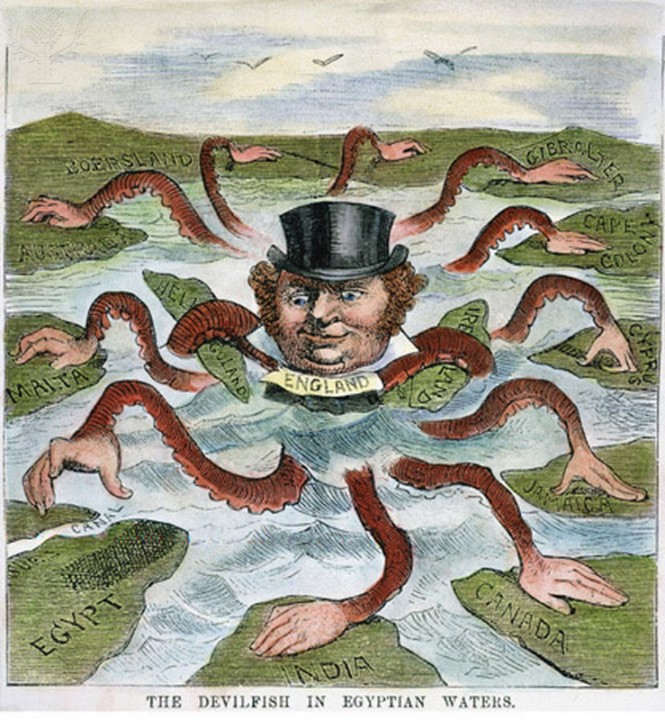 Under capitalism there is, as the saying goes, no such thing as a free lunch. In return for their ‘generosity’ and ‘support’, the imperialists demand something in return / Image: public domain

Foreign aid is used as a lever to encourage ‘trade liberalisation’. This of course means better access to profitable markets for corporations. The USA alone admits having spent $6bn since 2001 on such ‘aid for trade’ programmes. The real figure is far higher as there is always something expected in return for such spending.

And the returns are fabulous. The net flow of wealth from ‘developing’ to ‘developed’ nations in 2012 was no less than $3 trillion, 24 times as much as the foreign aid allocations of the whole world combined. This is composed mainly of profit repatriations by multinationals and the servicing of debts taken on from Western banks.

Only very rarely is the quid-pro-quo of foreign aid made explicit. Great lengths are taken to keep such things hidden. One infamous example that actually came to light was the Pergau Dam scandal in the 1990s.

Margaret Thatcher’s government had agreed to spend £243m of public money in ‘aid’ to fund the construction of the dam in Malaysia (using British contractors, of course). However, the money was only earmarked on one condition: that the Malaysian government sign a major arms deal with British manufacturers worth more than £1bn.

Here we have a blatant example of the function of aid for British imperialism: we scratch your back, and you scratch ours.

On top of the nefarious motivations behind foreign aid spending, we also have a host of parasites who intervene to line their own pockets before the world’s poor even get a look in. A large chunk of development aid never arrives with those who need it. Rather it lines the pockets of NGO executives and corrupt politicians. It is estimated that as much as one sixth of ‘development aid’ ends up in tax havens such as Switzerland.

Slashing foreign aid will have devastating consequences for some of the world’s poorest – at least those who were actually in line to receive some of this aid. According to the Guardian, the cuts could see “nearly three million women and children go without life-saving nutrition and 5.6 million children left unvaccinated, causing up to 100,000 deaths”.

This is by the by for Johnson and Sunak. But those defending the aid budget don’t care a single jot about the world’s poor either. For them, foreign aid is merely a tool for exerting the ‘soft power’ of British imperialism.

This fact was revealed in a letter to the Financial Times, signed by big business groups including the Confederation of British Industry, and the International Chambers of Commerce. In it they stated that reducing the aid budget would “reduce the UK’s credibility” (on the world stage), and “hamper gains made on social and economic development, which are prerequisites for businesses to trade” (our emphasis).

In other words, if Britain’s diplomatic standing on the world stage declines further, these gentlemens’ bottom lines stand to suffer!

Likewise, the Archbishop of Canterbury explained in his letter to the Financial Times that:

“British aid efforts increase the UK’s soft power. They stabilise and support people in areas of instability. They strengthen the rules-based international order.” In other words, they strengthen the interests of British imperialism.

This explains the crocodile tears now being shed by the more far-sighted representatives of the capitalist class. They are not worried about the children who will go hungry and unschooled. They are worried because Rishi Sunak and Boris Johnson are acting in a short-sighted manner, without concern for the long-term interests of British capitalism.

By diverting money from ‘soft power’ imperialism, to spending on ‘hard power’ direct military spending, a layer of the ruling class fears that their long-term business interests will suffer. Whether some of this aid money is used to feed hungry people is irrelevant to them.

To the hypocritical statements of the ‘respectable’ capitalists, we counterpose working-class internationalism.

Cuba – itself a poor nation, but with a nationalised planned economy – shows what is possible. The Cubans train thousands of doctors and send them to help fight diseases all over the ‘developing’ world.

A well resourced socialist state – based on economic planning and genuine worker’s democracy – could embark on projects like this, and many more.

More importantly, the wealth necessary to lift millions out of poverty already exists. It is created by the workers in the very countries ‘foreign aid’ is targeted at, and then extracted in huge sums by a host of multinational corporations. The best ‘aid’ we can provide to those exploited by imperialism is to fight for the overthrow of capitalism in Britain and worldwide.