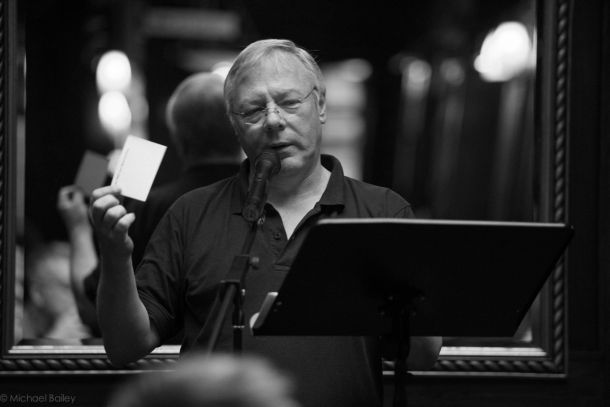 It is with enormous sadness that we must inform readers of the passing away of comrade Ron Graves – a stalwart of socialism; a dedicated labour movement activist; and a lifelong supporter of the Marxist tendency in Britain. The following tribute to Ron's life and work was written by Rob Sewell, editor of the British Marxist website, socialist.net.

It is with great sorrow that we heard this week about the death of Ron Graves. His family were with him as he passed away peacefully in hospital on Monday morning, following a long-running battle with illness. Not one to share his troubles, this will come as a shock to many comrades.

Ron was truly a great man and comrade, who lived for the movement and the socialist revolution. He became political at quite an early age, joining the Labour Party Young Socialists in his native Spennymoor in County Durham.

Although he moved to Peterborough many years ago, he never lost his Durham accent and his affinity with the North East. In that regard he would never miss the annual Durham Miners’ Gala – a time to sell the paper and catch up with old friends along the way. Many comrades will remember seeing him marching up the Old Elvert carrying the Peterborough Trades Council banner.

From the LPYS he joined Militant, and he never looked back politically. Marxism opened up a whole new outlook for him. Ron never lost this thirst for theory, whilst also being heavily involved in the labour movement, the Labour Party, and his union, Unison.

Ron did not hesitate to join the Marxist Opposition within Militant in 1991, to fight for the ideas and traditions he was originally attracted to. He became a firm supporter of Socialist Appeal, remaining confident in the ideas through thick and thin.

He would always refer to Ted Grant in his speeches, who he greatly admired and had a soft spot for. He was especially proud of the work of the IMT and was keen to hear of its successes, right up until his death.

Just before his health deteriorated, he sent me a message a month ago, informing that he was increasing his already significant regular financial donation to Socialist Appeal.

I wrote to thank him for his incredible sacrifice, telling him about the progress being made on the Chartism book, and wishing him well. He replied: “I’m hanging in there, but health problems persist. Well, they aren’t going to go away, it’s more a case of managing the situation. I’m glad to hear about the book, by the way.”

This showed Ron’s deep commitment to a cause he had worked for all this life. 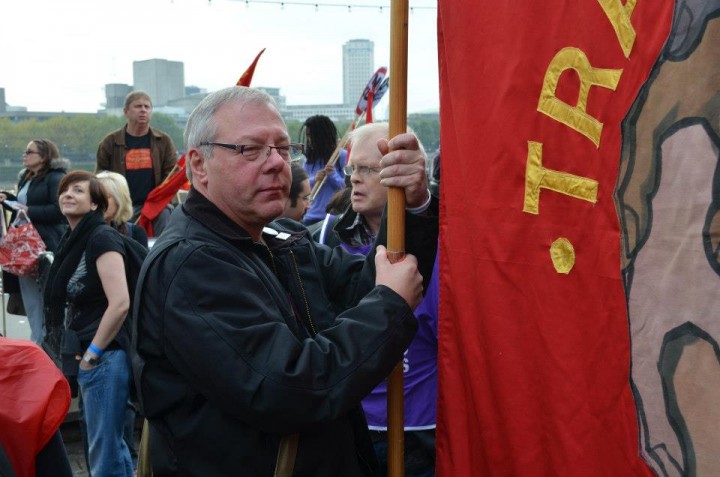 In many ways, Ron was from the ‘old school’. He knew the labour movement inside out. He was president of the Peterborough Trades Council – a position he held for many years. He was behind many of their initiatives, industrially and politically, such as the campaign against the EDL in the city.

Ron would joke that he was president of the Petrograd Soviet. He had a great way about him. He was very articulate and could explain things in simple language. Given his colossal experience, this was second nature to him. He knew how to connect with the audience, to give activists confidence and enthusiasm.

Although from the older generation, he was over the moon at our ability to attract the youth. I remember a Socialist Appeal supporters conference he attended a few years ago. He spoke from the heart when he pointed to the audience, full of young people, and said how proud he was. We had shown in practise how to build the forces of Marxism. He would quote Lenin: “He who has the youth, has the future.”

As part of the bureaucratic Blairite purge, Ron was spitefully expelled from the Labour Party on 13 April 2017, due to his associations with Socialist Appeal. “It has been brought to our attention with supporting evidence that you are a supporter of Socialist Appeal which is incompatible with membership of the Labour Party,” wrote Sam Matthews, Head of Disputes.

Ron appealed against his expulsion, but he received no reply. He was simply ignored. The Peterborough CLP voted unanimously for his reinstatement.

However this witch-hunt against Ron never bothered him. He worked as a Community Psychiatric Nurse. As such, he helped lead a successful Unison health branch in Peterborough, part of the North Anglia Health branch. But due to its left-wing stand, it was bureaucratically ‘reorganised’, in order to isolate him and his supporters.

But for him, despite these obstacles, the struggle continued to overthrow capitalism and bring about socialism.

There is so much you could say about the contribution of Ron to the movement. However, it would be remiss not to mention his other great love: that of poetry. In fact, he was a published poet and a very cultured man, who took interest in the wider aspects of life and the arts.

He was also a big fan of Spennymoor Town Football club, as well as Peterborough United. Not surprisingly, he had a great sense of humour.

In hospital, Ron was deeply positive and thoughtful. Above all, he appreciated the colossal work of the NHS staff at Peterborough, Hinchingbrooke, and Addenbrooke, who treated and looked after him with such care and kindness. He said the NHS was socialism in action.

Ron will be sorely missed by those who remember him. But he can rest in peace, assured that we will carry on the fight to achieve the goal he fought for: the liberation of the working class worldwide.

Farewell, Ron. Farewell, comrade. You will always be in our hearts.

We send our condolences to Ron’s family – especially his children Cheyenne and Liam; and to all of those close to him, including comrade Marianne.