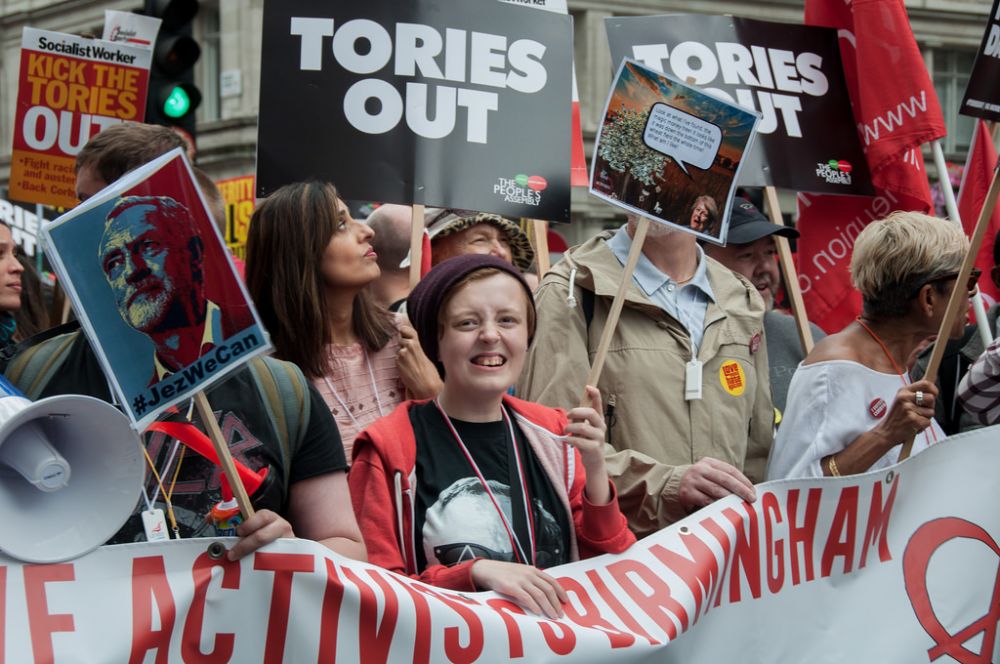 The establishment media machine has been in overdrive since last Thursday’s local elections in England, attempting to portray the results as yet another disaster for Labour and its leader, Jeremy Corbyn. But after three years of spewing bile, nobody pays much attention to such hysteria and distortions anymore.

And unfortunately for the Blairites, despite shouting themselves hoarse over the past month or so, Corbyn’s position seems stronger than ever. If anything, the Labour right wing’s behaviour in recent weeks has only served to shine a spotlight on the Blairite infestation in the Parliamentary Labour Party (PLP) that still needs to be cleaned out. This is the immediate task facing grassroots Labour activists.

The BBC has once again been a faithful servant of the anti-Corbyn brigade, setting the agenda as the local election results came in by claiming that there was “no clear winner”.

Having called the tune, the rest of the Westminster bubble duly began playing along to the now familiar refrain.

The capitalist press declared Corbynmania to be over, and with it the current Labour leader’s chances of entering Number 10. The corpses of New Labour grandees were reanimated to write Corbyn’s obituary. And their modern day acolytes took to the airwaves and Twitter to call for his head on a stick.

Unfortunately for these respectable ladies and gentlemen, facts are quite stubborn things. And in this case, the evidence and numbers don’t quite fit their wonderfully woven narrative.

What is the reality? Labour made a net gain of 77 seats across the country, winning over 1,000 seats more than the Tories. The Conservatives, meanwhile, saw a net loss of 33 seats. And this was in spite of a boost from the collapse of the UKIP vote, much of which (although by no means all) was absorbed by the Tories.

In London, Labour recorded their best local election results since 1971. Previously safe Tory councils in the capital were given a scare, with the Conservatives only 141 votes away from losing Wandsworth. Elsewhere, Labour unseated the Tories in Trafford and regained control of councils such as Plymouth and Kirklees.

Overall, then, it was broadly a night of success for Corbyn’s Labour, and one of loss for May and the Tories. But why let the facts get in the way of a good story?

The BBC did their best to spin a Labour win as a defeat. But they soon shot themselves in the foot by releasing projected figures showing that, based on the latest council election results, Labour would be the largest party in the House of Commons if a general election were held. 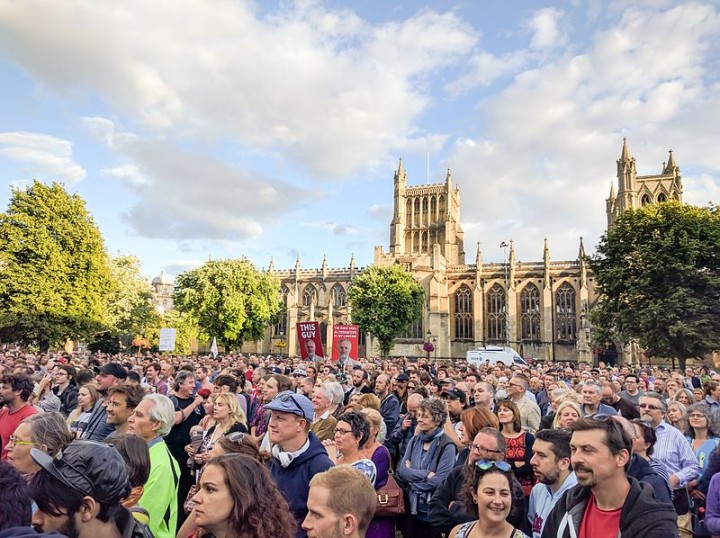 Local elections are no predictor for a general election, in which Corbyn will have another mass movement behind him. But even so, Labour performed well in the local elections / Image: PaulNUK

But even this understates the real picture. The truth is that the local elections are no predictor for a general election. This was clearly evidenced last year, when a poor showing in the May local elections for Labour were followed a month later by the party recording its biggest swing since the days of Clement Attlee.

The ivory-towered media commentariat have repeatedly demonstrated their inability to understand what is going on in British society today. In spite of being proven incorrect at every turn, they stubbornly cling to their rigid worldview and unquestionable truths, spurting out the same trite nonsense at every opportunity.

Above all, they have shown that they do not understand the Corbyn movement and the factors behind it. They were left dumbfounded, for example, when Labour came from behind to deny the Tories a majority in the 2017 election. Now, after years of declaring Corbyn unelectable, they are faced with the likely prospect of seeing him occupy Downing Street after the next general election.

What the last general election demonstrated, above all, was the potential impact of the masses upon events when mobilised, given a bold lead, and provided with a lightning rod through which to focus their energies. 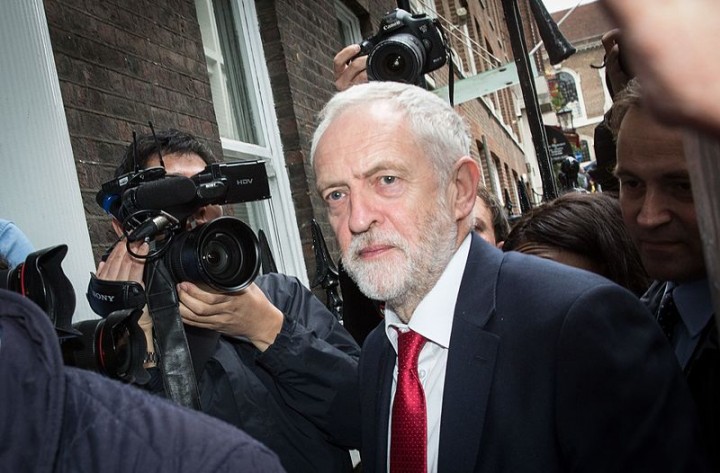 Cities and towns across the country were alive with rallies, mass meetings, and conversations on the doorstep. Social media was a blitzkrieg of positivity and excitement. For the first time in living memory, hundreds-of-thousands of people simultaneously chanted a politician’s name...at a music festival!

Young people were brought out in their millions, inspired by the possibility of change. Working-class voters, previously disgusted by traditional politics, returned to the ballot box for the first time in years. So-called ‘apathy’ was transformed into energetic activity.

In short, what we saw in Britain last summer was a mass social phenomena. And it was this mass grassroots movement that fundamentally changed the landscape of politics in this country.

To expect such enthusiasm to be generated from a local election is to miss the fundamental point. Most voters understand implicitly that changing the party in charge locally will have little difference on their lives – especially when cuts are being imposed by the Tories in Westminster (hence the low turnout.)

By contrast, with the Corbyn-led election campaign in 2017, workers and youth saw the opportunity to kick out the Tories, end austerity, and begin changing society for the better. And when a general election is next on the cards – 2022 or earlier – we will see a similar mass movement re-emerge. The main proviso being: we need a bold campaign, manifesto, and message from the top.

In answer to those skeptic and critics who are now declaring that we have reached “peak Corbyn”, we therefore respond by paraphrasing Mark Twain: rumours of Corbyn’s death have been greatly exaggerated.

The real losers from these recent elections are the establishment and their Blairite representatives in the Labour Party. For the past couple of months, they have been waging a relentless campaign against Corbyn, with the Labour leader accused of being everything from a “Kremlin stooge” to a “poster-boy” for anti-semites. Despite this, Labour and Corbyn have still come out on top.

True, Labour failed to win in councils such as Westminster and Barnet, where Momentum-led campaigns had hoped to unseat the Tories. And undoubtedly the anti-Corbyn hysteria leading up to the elections will have played a part in this. But it went largely unnoticed. As one Jewish voter in Hackney, London was reported as saying on the doorstep: “I don’t care whether Corbyn is anti-semitic or not – I just want someone to fix the potholes!”

Astoundingly, arch-Blairite MP, Chuka Umunna, even had the audacity to demand that the Labour leadership launch an official inquiry into why the party hadn’t made more significant gains in the recent council elections. This from a man who has consistently spent more time undermining his own party leader than attacking the Tories across the aisle! 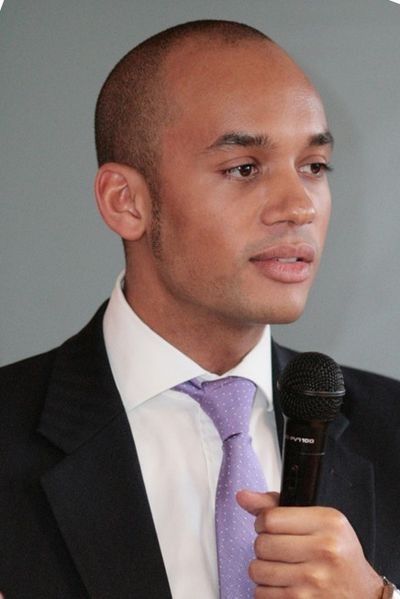 The problem for the Labour right wing is that ordinary party members – and voters more widely – have by now grown tired of hearing the snarling voices of these gangsters. They can see through all their shenanigans and smears, rightly understanding that the Blairite-led campaign over anti-semitism is just cynically being used as yet another stick to beat Corbyn and his supporters with.

Len McCluskey accurately summarised the views of most Labour members recently when writing in the New Statesmen. Openly attacking the “dismal chorus” of right-wing Labour MPs by name – the John Woodcocks, Wes Streetings, and Chris Leslies of this world – the Unite the Union general secretary correctly stated that:

“If you look at the list of MPs who rebel on one issue after another you see the same names. There is, to say the least, a marked overlap between those who backed Theresa May in risking a new bloody intervention in the Middle East, and those who work overtime trying to present the Labour Party as a morass of misogyny, anti-Semitism and bullying...

“I look with disgust at the behaviour of the Corbyn-hater MPs who join forces with the most reactionary elements of the media establishment and I understand why there is a growing demand for mandatory reselection...

We 100 percent agree. But now we must turn these words and demands into action and organisation.

Recent events have once again draw attention to the Blairite cancer that infects the PLP. It is time we removed this tumour that is purposefully killing our movement. Only then can we focus our energies on the main battle ahead: to kick out the Tories and kick out capitalism.