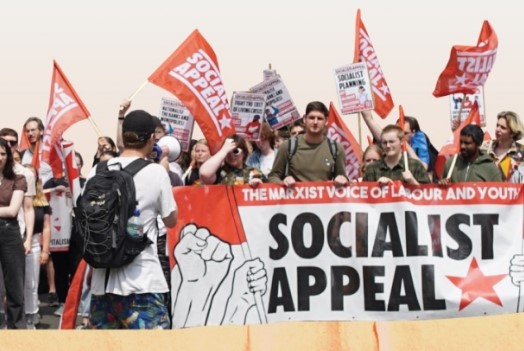 A mass fightback against the ruling class’ attacks is beginning, with strikes and grassroots movements building. To win, workers and youth must be armed with a militant strategy, bold socialist policies, and a clear revolutionary perspective.

It is fifty years since, in 1972, the TUC threatened a general strike in response to the imprisonment of five dockers – the famous ‘Pentonville Five’ – for defying the anti-union laws.

Back then, Britain was in the grip of a pre-revolutionary crisis, with new layers increasingly being drawn into the class struggle.

Today, Britain is again in the grip of a strikewave; a reawakening of the working class, not seen for decades. Even un-unionised workers, as in Amazon, have taken action.

Once again, the spectre of militancy is haunting the country, and there is talk of a general strike in response to the Tories’ anti-union threats.

RMT general secretary Mick Lynch has talked of resistance “rivalling the general strike of 1926, the Suffragettes, and Chartism”. Even the Sun newspaper has warned of ‘class war’.

Compared to previous periods, however, the crisis of British capitalism is a hundred times worse. The Bank of England is predicting a dire situation of prolonged recession and rampant inflation. For the working class, this means a massive cut in living standards. 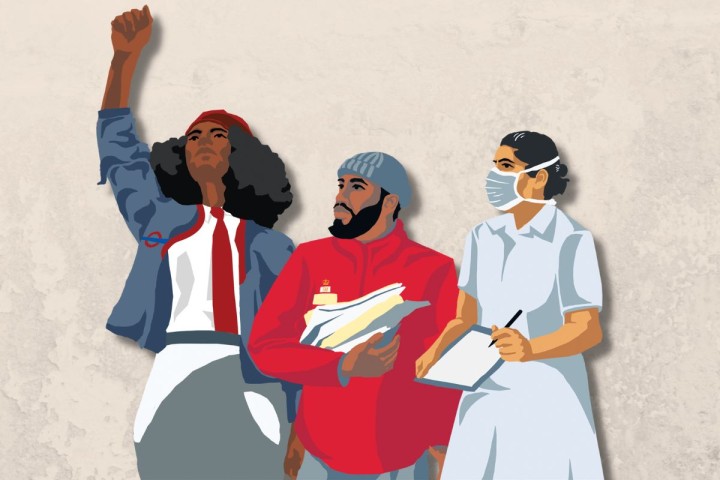 “I think we have to brace ourselves for the greatest impact on living standards that any of us have known in our lifetimes,” stated Robert Jenrick, a former Tory minister.

As a result, the question of a general strike is inherent in the situation. Not only the trade union leaders, but also the establishment are aware of such a possibility.

One cabinet minister recently declared that the government is walking on a “delicate tightrope” in terms of its attempts to attack public sector pay, whilst also avoiding strikes.

“If we get this wrong,” the anonymous Tory MP stated, “we risk going into a de facto general strike that will create further turmoil that risks grinding the whole economy to a halt.”

Another talked of the need to “hold the line, no matter how hard it gets”.

In the 1920s, when Britain last saw a general strike, the working class was facing a huge assault by the capitalist class. The country was moving towards revolution. Today, we are again approaching an era of great revolutionary upheavals. 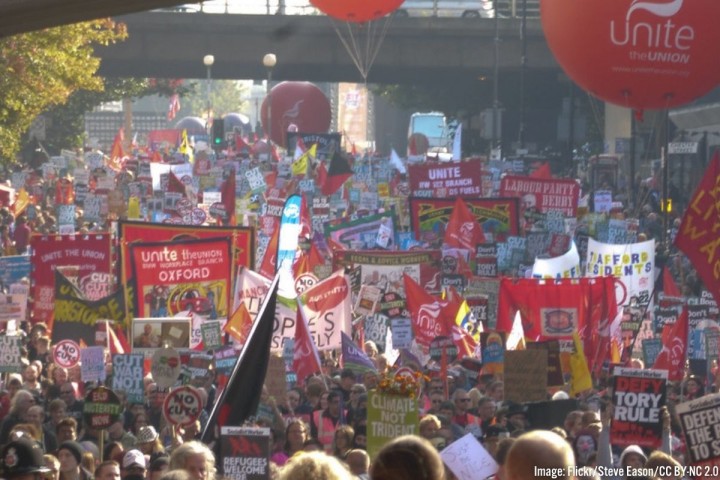 The militant voice of the working class is being expressed by the left trade union leaders / Image: Steve Eason

The ruling class is in a state of panic. The likely elevation of Liz Truss as prime minister is unlikely to steady their nerves. On the contrary, this will usher in a new period of instability.

The Labour Party under Sir Keir Starmer has become a willing tool of the ruling class. His leadership are the loyal servants of big business, grovelling at their feet; the liveried footmen of the billionaires.

In contrast, the militant voice of the working class is being expressed by the left trade union leaders – especially the RMT’s Mick Lynch and Unite’s Sharon Graham. They are reflecting the mood of discontent within the working class, which has become increasingly desperate.

With the support of various left-wing figures and organisations, a campaign has been launched called ‘Enough is Enough!’, aimed at tackling the cost-of-living crisis.

The campaign calls for a real pay rise and a £15 per hour minimum wage; a big reduction in energy bills; an end to food poverty; and decent homes for all. Their final demand is to “make the rich pay their fair share by raising taxes on the wealthiest and the profits of big businesses”.

Enough is enough. It's time to turn anger into action.

We of course support all measures to defend and improve living standards. But to think that simply taxing the rich will solve our problems – while leaving capitalism untouched – is fundamentally false. And yet there is no mention of capitalism in the campaign’s programme.

The reason why living standards are under attack is due to the crisis of capitalism. This bankrupt system can no longer afford reforms – only counter-reforms and austerity.

No amount of tinkering with the market economy will solve anything. There is no ‘good’ and ‘bad’ capitalism. The whole system is rotten.

There is no way forward on the basis of capitalism, which can offer nothing except misery, toil, hardship, poverty, and war.

Unfortunately, the ‘lefts’ have no confidence in changing society. They accept capitalism in practice. That is why they simply limit themselves to ‘reforming’ the system. 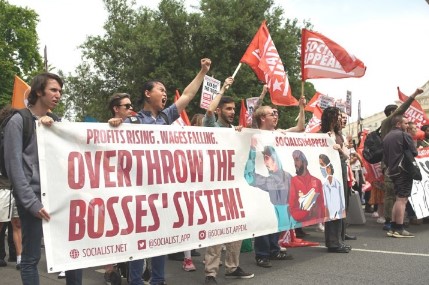 We need a leadership that will fight to overthrow capitalism / Image: Socialist Appeal

But capitalism cannot be reformed, just as you cannot change a flesh-eating lion into a vegetarian.

Under this system of exploitation, whatever gains are made with the left hand, the ruling class will seek to take back with the right.

What we are witnessing in Britain is the beginning of the awakening of the working class. And the deepening crisis will shake up consciousness even further.

We therefore need a leadership that understands the gravity of the situation, and which is prepared to carry through the struggle to its conclusion.

We need a leadership that will fight to overthrow capitalism, and replace it with a democratic, nationalised, planned economy, in order to utilise society’s resources rationally to solve our needs and problems.

There are some who argue that we need to replace the Labour Party with a ‘new’ and ‘better’ Labour Party. But what is needed is not another reformist party, which will only try to patch up capitalism, but a revolutionary party that is prepared to upend the old order. 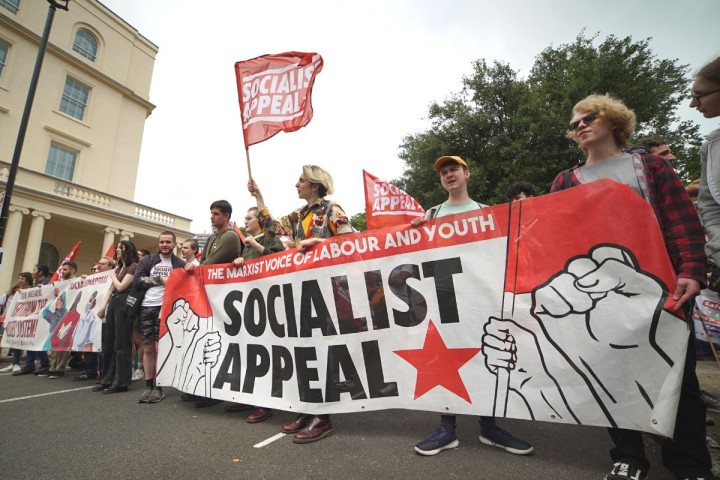 The situation in Britain is crying out for the building of a mass revolutionary tendency / Image: Socialist Appeal

Of course, such a party cannot be simply declared. It has to be built.

The right-wing leaders of the labour movement sold themselves out long ago, while the left reformists have no perspective for changing society.

Marxism alone sees things clearly in class terms: waging war on capitalism, and providing the working class with a programme and perspective for the socialist transformation of society.

The situation in Britain is crying out for the building of a mass revolutionary tendency.

Events, events, events will transform the consciousness of the working class, and open the way for revolutionary change. It is a race against time.

We therefore appeal to you to join us! There has never been a more important task facing humanity.