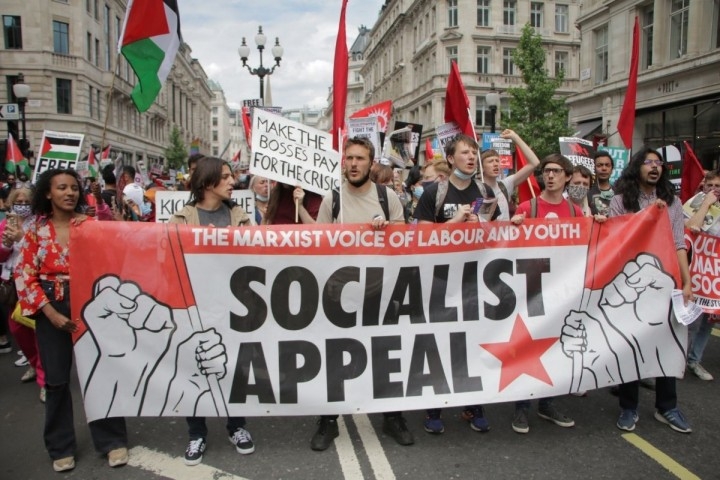 The Labour right wing are bureaucratically manoeuvring to permanently ban Socialist Appeal from the party. This scandalous political attack is the latest attempt to crush the left. Activists across the left must mobilise and fight back.

Rumours and reports are circulating that Socialist Appeal, along with three other left-wing campaigning groups, are to be officially proscribed from the Labour Party. This is a direct political attack on the left and the ideas of socialism. The whole left must mobilise to fight this purge.

The Labour Party’s national executive committee (NEC) is scheduled to meet next Tuesday, 20 July. According to various sources, a motion is being proposed by right-wingers on the NEC that would see Socialist Appeal deemed a proscribed organisation.

A member of the party who joins and / or supports a political organisation other than an official Labour group or other unit of the party, or supports any candidate who stands against an official Labour candidate, or publicly declares their intent to stand against a Labour candidate, shall automatically be ineligible to be or remain a party member, subject to the provisions of Chapter 6.I.2 below of the disciplinary rules.

The grounds given are that Socialist Appeal has its own programme, membership, and structures; that we are part of an international organisation, the International Marxist Tendency; and that our organisation is a continuation of the Militant Tendency, which was similarly proscribed by the Kinnock leadership in the 1980s.

Finally, the proposed motion suggests that the above clause should apply to anyone who declares themselves a supporter of Socialist Appeal; sells our newspaper, or writes articles for our publications; or runs Socialist Appeal street stalls. 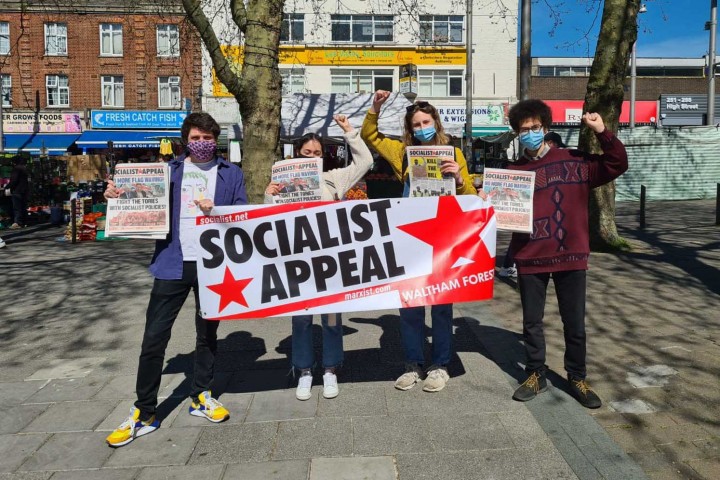 All of the above justification for proscribing Socialist Appeal is entirely spurious, designed to distract from the real political motivations behind this move.

The purpose of the constitutional clause above is to exclude people from Labour membership who campaign against the party; and / or who actively support political organisations and candidates who stand against the Labour Party.

As with groups like Momentum, our activists are loyal Labour members, who have worked tirelessly to build the party in their local areas; and who have enthusiastically campaigned for Labour in every election.

The same cannot be said for other factions within Labour’s so-called ‘broad church’.

As last year’s leaked report demonstrated, large swathes of party officials and of the Parliamentary Labour Party (PLP) actively sought to undermine Labour’s chances in recent elections. Yet to this day, none of these saboteurs have been brought to justice.

Similarly, right-wing Labour groups such as Progress and Labour First consistently and openly wrecked the party under Corbyn’s leadership. Why is support for these Blairite organisations not deemed ‘incompatible with membership of the Labour Party’? 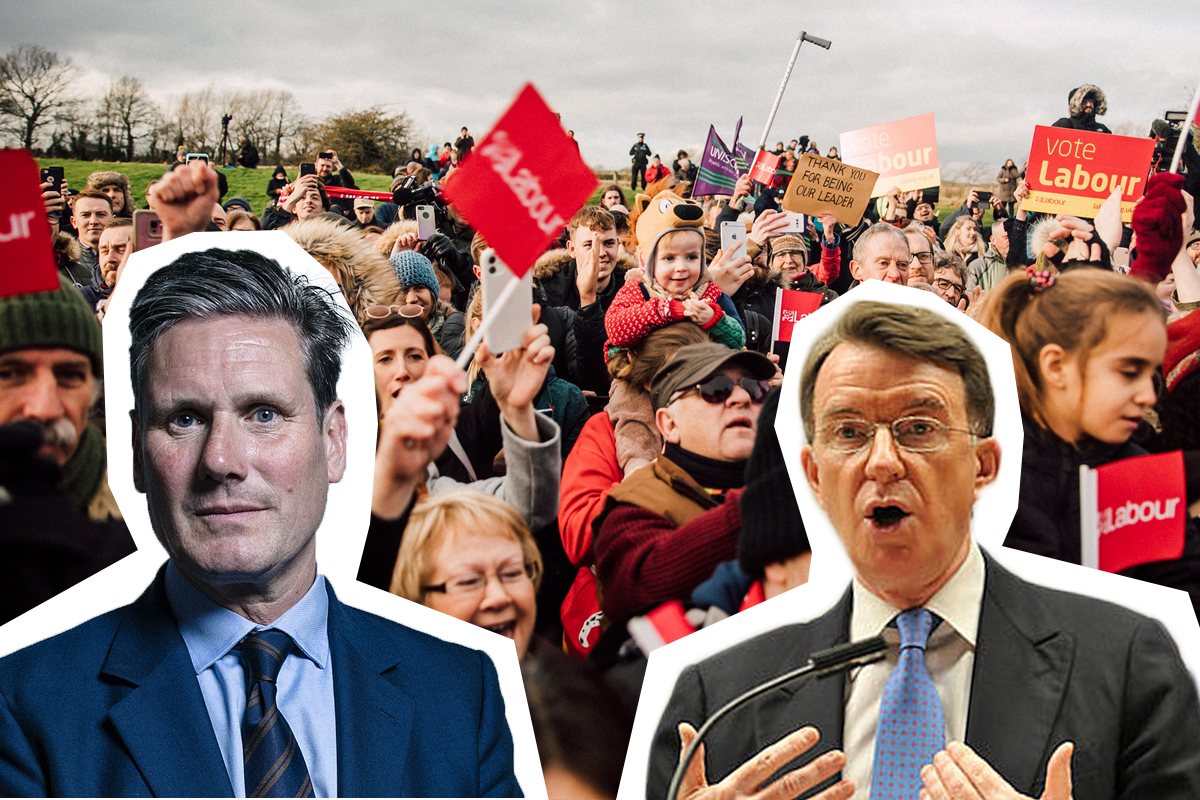 This attack is scandalous, but not surprising / Image: Socialist Appeal

Whilst this attack is scandalous, it is not surprising. A number of Socialist Appeal supporters were caught up in the anti-Corbyn purge of 2015-16, when thousands of left-wing grassroots members and activists were suspended or barred from the party on various trumped up charges.

Socialist Appeal activists were informed by letter that they had been ‘auto-excluded’ from the party (i.e. expelled), on the basis of the same rule book clause given above.

All of these comrades had been lifelong supporters of the Labour Party – some with decades of experience in the labour movement.

No right to appeal was offered to the comrades, and replies to the party’s ‘compliance unit’ were rebuffed under Iain McNicol’s regime. This goes against the most basic principles of natural justice, with party officials acting as judge, jury, and executioner.

At this time, one Socialist Appeal supporter took the party to court in order to fight his expulsion. After explaining the nature of our organisation, as a pro-Labour tendency, not an oppositional party, the lawyers representing the Labour Party squirmed in order to justify this ‘auto-exclusion’.

In the end, the party’s lawyers declared that Socialist Appeal and its activists are not in agreement with Labour’s ‘aims and values’.

In particular, they noted that Socialist Appeal supports a socialist planned economy, and argues against the market economy. But the party’s new Clause IV – introduced by Blair – states that Labour is officially in favour of the ‘enterprise of the market’, the ‘rigour of competition’, and a ‘thriving private sector’.

In other words, the only ‘crime’ that the comrade was deemed guilty of was that of being a socialist – something that would surely apply to the majority of Labour’s membership!

After left-winger Jennie Formby replaced Iain McNicol as Labour general secretary, and with the NEC moving to the left, all the expelled comrades were gradually readmitted to the party.

In the associated disciplinary procedures, two of the ‘auto-excluded’ comrades were even interviewed by none other than Tom Watson, the former deputy leader and Witchfinder General.

The comrades defended themselves against a ‘dodgy dossier’ of ‘evidence’, and answered the questions of their interrogators. Both were let back into the party, after the panel – including Watson – deemed that there was no incompatibility between support for Socialist Appeal and Labour Party membership.

The same verdict was reached in relation to all the other expelled comrades. And yet, just weeks ago, two more Socialist Appeal activists received letters informing them that they had been ‘auto-excluded’ on the same grounds.

Under Starmer, dozens of Labour members have been expelled, often solely for the crime of being socialists.

Instead of attacking the Tories, Starmer has attacked grassroots members. This cannot continue!

The first is Alex Falconer: former vice chair of Truro & Falmouth CLP; a 2019 Labour conference delegate; and a Labour member since 2017.

The second is Josh Cole-Hossain of Norwich South CLP: a member since 2017; and a prominent activist in the city, involved in the BLM and Palestine solidarity movements.

Both these loyal Labour members were also standing to be delegates from their respective CLPs to this year’s Labour conference.

These comrades were also told by the Labour bureaucracy that their support for Socialist Appeal is incompatible with Labour Party membership. Meanwhile, ex-Tories such as John Bercow have recently been welcomed into the party with open arms! This hypocrisy speaks volumes. 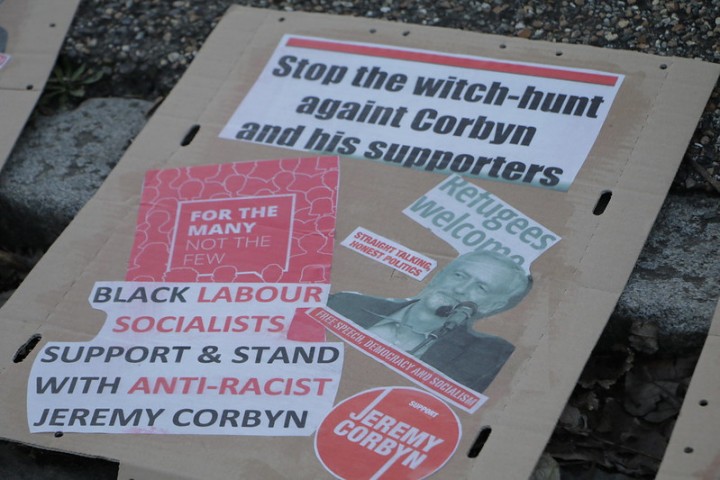 The move to proscribe Socialist Appeal is only the latest bureaucratic attempt to purge the most militant fighters from the Labour Party.

During the Corbyn years, many prominent left-wingers were suspended and expelled on spurious grounds, as part of a witch-hunt against socialists in the party.

And more recently, the right wing have launched a further volley of attacks against the left, with the aim of driving tens-of-thousands of left-wing members out of the party.

This, of course, included the suspension of Jeremy Corbyn himself (who has still not had the whip restored); as well as leading left-wingers such as Howard Beckett, the assistant general secretary of Unite.

The timing of this latest attack is not accidental. Labour conference is approaching, and the right wing are desperately manoeuvring in order to cement their rule by clamping down on party democracy, shutting down CLPs, and stitching-up the vote.

In this respect, it is clear why Socialist Appeal is being targeted. Our comrades have been at the forefront of the fight to transform the Labour Party – from the campaign to restore Clause IV; to the call to reclaim democracy with a recall conference; to the recent demand to say: Starmer out!

With democratic rule changes and votes of no confidence in Starmer being passed in CLPs up-and-down the country, it is clear that the right wing is scared of what lies ahead at this year’s conference.

The upcoming conference will be a fierce battle for the life and soul of the Labour Party. And Socialist Appeal supporters, along with other determined grassroots activists, are organising to ensure a left victory.

With #Labour’s annual conference approaching, the right wing have stepped up their attacks on party democracy and grassroots members. The left must organise to drive out Starmer and the right, and to transform Labour along socialist lines. #StarmerOuthttps://t.co/pTm2Q6Lc42

On the other side, it is clear that Starmer and the right wing are determined to expunge socialism from the Labour Party. Their aim is to return the party to Blairism, and make Labour a safe pair of hands for capitalism.

The problem is that the bulk of Labour’s membership stands in their way of this. Already, an estimated 100,000 members have left out of demoralisation and disgust. But this is still not enough. In their eyes, the job is not finished until the entire left has been extinguished.

First they came for the Marxists...

This latest McCarthyite move is therefore the thin end of the wedge. First the right wing will decapitate the left of its most militant layers. And if they are successful in this, next they will come for the rest of the left.

It is therefore imperative that the entire left mobilise to put a halt to these shenanigans. An injury to one is an injury to all.

Left-wingers on the NEC must fight to oppose the motion being proposed to next week’s meeting. Trade union leaders and organisations such as Momentum must come out in defence of those being attacked. And local Labour left groups and grassroots activists must organise to pass motions of solidarity, denouncing the attempt to proscribe Socialist Appeal and other left-wing organisations. 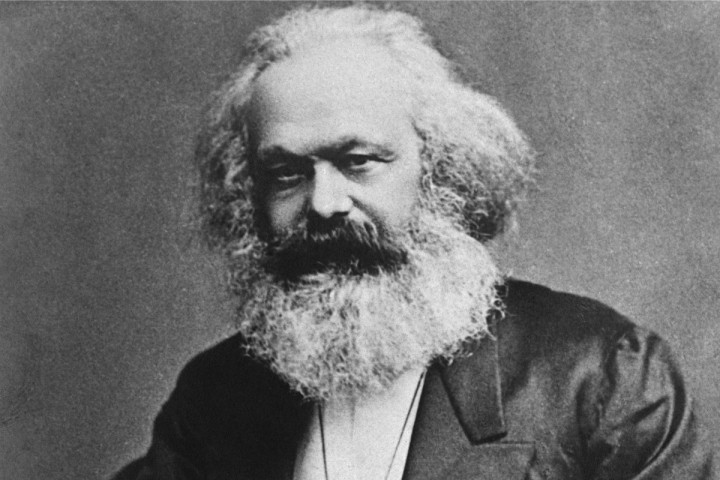 First the right wing will decapitate the left of its most militant layers. And if they are successful in this, next they will come for the rest of the left / Image: public domain

Socialist Appeal is a legitimate component of the labour movement. We are a Marxist tendency; the Marxist voice of Labour and youth – proudly defending the ideas of Marxism and socialism inside the Labour Party and trade unions.

Marxism has a long history and tradition inside the Labour Party: from its inception, under the initiative of the Marxist Social Democratic Party; through to its influence on famous left-wingers such as Tony Benn.

Unlike the Blairites, our ‘aims and values’ are entirely consistent with those of the Labour movement. We stand for the socialist transformation of society – an aim that was inscribed into Labour’s banner with the old Clause IV, introduced in 1918, which promised:

“To secure for the workers by hand or by brain the full fruits of their industry...upon the basis of the common ownership of the means of production, distribution and exchange…”

We have openly fought for these socialist goals, helping to launch the campaign to bring back this socialist Clause IV – a demand that was supported by the majority of CLP delegates at the 2019 Labour conference.

It is Blairism and the ideas of the right wing that are alien to the best traditions of the labour movement. The right wing are Tory infiltrators; agents of big business; careerists, not class fighters.

Even then, we do not call for these people to be bureaucratically expelled from the Labour Party. Unlike them, we call for the most thorough democracy, in order to empower the membership, and let the rank and file decide.

This includes demands for mandatory reselection; the election of party officials; and an end to all restrictions on democratic discussion and debate. 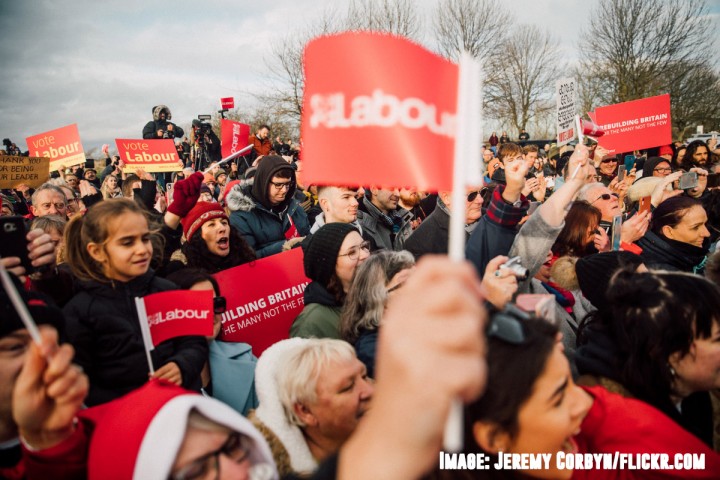 We appeal to all our readers to defy the Labour right wing, and to join the fight for socialism!

Alongside these democratic demands, Socialist Appeal calls for Labour to adopt a bold socialist programme in order to transform society in the interests of the working class, the youth, and the oppressed.

It is on the basis of socialist policies – not patronising flag-waving and appeals to big business – that Labour should be fighting the Tories.

Starmer and the right wing, however, are spending more time attacking the left than attacking the Tories. It is they, not Socialist Appeal supporters, who should be shown the door.

We will not be cowed by this repression and intimidation. Instead, we will redouble our efforts to transform the Labour Party along socialist lines; and to fight for a clear socialist alternative to the crisis-ridden capitalist system.