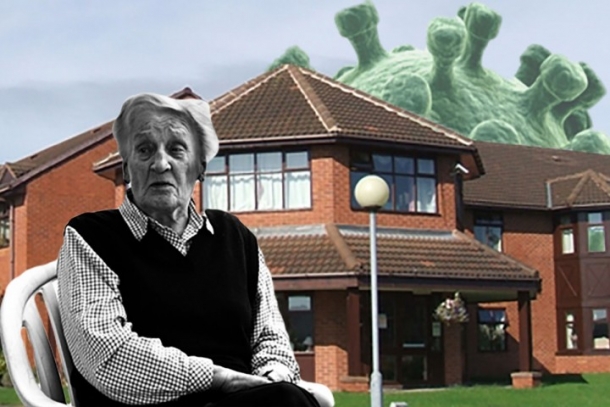 Britain’s care homes have become a killing field for coronavirus. Cuts to the NHS have pushed patients into social care, causing further contagion and fatalities. To fight the pandemic, the whole sector needs to be nationalised.

A system is surely decrepit when the question ‘[do we] accept new COVID-19 positive patients from hospitals... helping to safeguard 160 jobs… or [do we] reject them — and sacrifice their fees — in the hope of restricting the spread of the deadly disease?’ is one seriously posed by those who run society.

Yet this is exactly the question that Mike Padgham, managing director of the Saint Cecilia’s care home group, put to the Financial Times in an article discussing the state of the care home industry in the UK.

His decision this spring, as with every capitalist, was to prioritise profit and accept residents who were infected with COVID-19. All this despite a warning by Public Health England back in February saying that this should not be done.

Padgham isn’t alone. Indeed, compelled by the necessity to produce profits in a market driven by relentless competition, practically every care home has followed suit. The results have been devastating. According to the most conservative estimates, 34,000 deaths attributable to coronavirus will have occurred in care homes in the month of May. That is 8 percent of the care home population.

This crisis goes beyond simply allowing infected people to take residency in care homes; although this alone is criminal. Compounding the situation, care home workers have been deprived of vital PPE, essentially guaranteeing that workers would get infected and consequently infect more patients.

First of many...#MattHancock is facing #legalaction from the daughter of a man who died from Covid-19 in a care home in which the health secretary is accused of a “litany of failures” and #misleading the public with his claim to have “thrown a protective ring” around care homes. https://t.co/HcP5UqnWFs

Whilst this shortage of PPE is in part a consequence of the government incompetence that has marked their response throughout, this incompetence itself is a product of the total inadequacy of the capitalist system to cope with this crisis.

From crisis to catastrophe

The crisis in care homes has not sprung up in a vacuum and is connected with the crisis in the NHS and society more broadly. Chronic underinvestment in the NHS has led to a steady decline in the number of beds per capita since 1980. Going into this pandemic, every single NHS trust in England was in debt and facing staff shortages.

Fully aware that the NHS was unable to cope with the pandemic, as a result of their austerity policies, the government actually encouraged the sending of non-critical patients into care homes in an effort to ensure enough hospital beds would be available.

To stave off a crisis in the health service – and give the appearance that they were winning the battle against COVID-19 – they created a deeper one in care homes with tragic consequences.

No, hospitals were emptied, patients sent to care homes, some of whom were infected with COVID and/or had other serious health conditions that required NHS treatement.

6 out of 10 people who died WITH COVID, were in care homes.pic.twitter.com/HTFCVM53ow

In reality, any government committed to serving the interests of capital is forced to accept it’s logic of putting profit before people. The US, Canada, France, Italy and Spain all saw similar developments in their care homes – compelled as they are to abide by the economic laws of capitalism.

Even more damning, despite hundreds of thousands of elderly people being put at risk in pursuit of profit, the sector is still facing bankruptcy. The big four firms – HC-One, Four Seasons, Care UK and Barchester – have a combined debt of £2.2bn; and this situation is worsening as the virus kills their ‘customers’ and puts off others from going into care homes.

So all-consuming is their desire for short-term profit that these bosses eagerly accept COVID-19 patients from hospitals, only for this horrific epidemic to spread in these homes, killing many more if the private care homes’ own tenants.

If you have a tiny amount of savings you will have to pay the full cost of any care home requirements. If you are a multi millionaire "entrepreneur" it's apparently OK to hit assiduous taxpayers for a bailout.

Already calls have been made for the government to bail out these firms. This is a sector that siphons money into offshore accounts in the Cayman Islands whilst paying its shareholders millions in dividends. Meanwhile, its main source of income is the state itself, which pays for elderly people to reside in its homes.

It is outrageous for the bosses to come cap in hand in order to maintain their profits. The fact that they pay so little in taxes whilst shareholders receive millions makes it all the more galling. Such a bailout would allow these gangsters to line their pockets whilst the working class would pay for it through tax increases and new rounds of austerity.

The solution to this crisis isn’t a government bailout, but expropriation without compensation of the entire industry, along with the top 150 monopolies as part of a democratic economic plan.

Healthcare workers and adult care workers know how to tackle this crisis far better than any Tory minister. So power should be placed in their hands in order to grapple with it. The bosses have proved incapable at handling this. To end this nightmare, workers must be put in control.