Julian Assange has been sentenced to 50 weeks in jail for breaching the UK Bail Act. One year is the maximum sentence permitted for bail evasions. He will serve out his time in Belmarsh maximum security prison.

Assange was arrested on 11 April, when the Ecuadorian authorities allowed the British police to enter the embassy in London where he had been for nearly seven years. In handing him over, Ecuador broke its obligations regarding political asylum. The original Swedish arrest warrant, which had led to Assange being arrested and then bailed by the British authorities was withdrawn in May 2017. For the last three weeks, he has been held at Belmarsh prison and was not allowed to see his lawyers until 26 April, two full weeks after his arrest. The conditions at Belmarsh are particularly harsh. According to Wikileaks editor-in-chief Kristinn Hrafnsson: “for the last weeks since he was arrested, he has spent 23 out of 24 hours a day in his cell most of the time.”

Judge Deborah Taylor, who was presiding over the court proceedings on Wednesday, said that Assange “deliberately put [himself] out of reach” by hiding in the Ecuadorian embassy. Judge Taylor disregarded Assange’s fears of extradition to the US by claiming that “[he] had a choice, and… chose… to commit this offence”. Assange felt. on the contrary. that he did what “was the best or perhaps the only thing that I could have done” in fleeing from the threat of extradition.

Judge Taylor further accused Assange of “exploiting [his] privileged position to flout the law and advertise internationally [his] disdain for the law of this country”. The judge has disregarded Assange’s legitimate fears of extradition in favour of an argument that Assange chose to commit the crime of evading bail for purely unlawful reasons rather than as an attempt to seek asylum from persecution.

In addition, according to the judge, Assange has cost the UK taxpayer £16 million over the seven years in the Ecuadorian Embassy which was spent on bringing him to justice! This sounds more like negligent police spending and Assange cannot be held responsible for this expenditure.

This shows the vindictive character of the conduct of the UK regarding this case. We are talking here about a bail violation over an arrest warrant that is no longer active. Furthermore, Assange forfeited the bail money at the time when he went into the Ecuadorian embassy and it could be argued that he has already spent nearly seven years in conditions akin to detention.

On Thursday 2 May, Assange returned to court, via video link, to face the US government request for extradition, which his lawyers are fiercely fighting. Understandably, Assange did not consent to extradition, saying: “I do not wish to surrender myself… for doing journalism that has won many awards and protected many people”. The public was denied access, contrary to normal rules, in a further attempt to prevent any publicity or protests over the proceedings. Lawyers are expecting the extradition process could take at least 18 months, with the court being adjourned until the end of May.

If the request for extradition to the US is successful, Assange faces a maximum sentence of five years for charges of computer hacking the Pentagon with Chelsea Manning (former US intelligence agent). There is no proof that the actual breaking of a password for which he has been indicted, only that he sought to assist Manning in carrying it out. His motive was to protect Manning’s anonymity, a common practice for journalists dealing with whistleblowers.

Presenting details of the case for the US government was Ben Brandon, who clearly explained the charges against Assange were related to a “vast amount of classified documents”, which Chelsea Manning leaked to him. They included, Brandon said: “approximately 90,000 reports about the war in Afghanistan, 400,000 Iraq war reports and 800,000 Guantánamo Bay detainee assessments, as well as US diplomatic cables.” 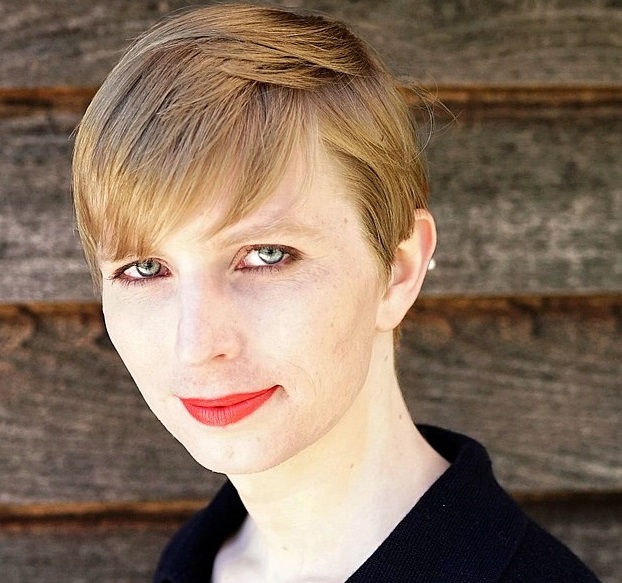 Assange's fears of extradition are justified given Chelsea Manning's treatment at the hands of the US judiciary / Image: Tim Travers Hawkins

This is the real reason the US government is after Assange, making public information about human rights abuses and war crimes on the part of the US. They need to give him an exemplary punishment in order to discourage others from doing the same. What they are attempting to protect is the right of imperialism to conduct its business in private, away from the scrutiny of public opinion.

While the actual charges the US is seeking extradition for are relatively minor and relate to Assange agreeing to help Manning crack a password, Assange rightly fears that there will be further and more serious allegations against him that the US authorities are keeping hidden until his extradition is granted.

The double standards of this case were further revealed by the recent leak of confidential information regarding discussions in May’s cabinet about the use of Huawei equipment for the 5G network. Nobody is suggesting that the Daily Telegraph should be prosecuted for publishing such information, and yet, that is precisely what Assange did in this case. His role was that of a journalist with access to information relevant to the public and he decided to publish it, alongside many news organisations that are not being prosecuted either.

Meanwhile, Assange’s collaborator Chelsea Manning was sent back to jail on 8 March 2019 for defiantly refusing to testify against the founder of WikiLeaks. She has been jailed indefinitely in solitary confinement until she agrees to cooperate. The US authorities want Manning to testify in front of a grand jury, which Manning claims is a secretive and unfair method “that has been used to entrap and persecute activists for protected political speech”. Furthermore, her lawyers say that forcing testimony is a breach of her constitutional rights. Clearly, the US is working hard to compile further charges against Assange.

It is understandable that Assange is fearful of extradition, as the evidence is clear from the treatment of Manning and other whistleblowers that the US judicial system will deal the harshest blow possible to Assange for revealing the true face of capitalism. For uncovering the profound depth of CIA surveillance and international interference, as well as the atrocities committed by the US army in the Iraq War against innocent civilians, Assange will be punished. Therefore, we must fight to defend Assange against extradition and defend freedom of speech so that the crimes of capitalism can continue to be revealed and help people question the authority of the capitalist system that we live in.