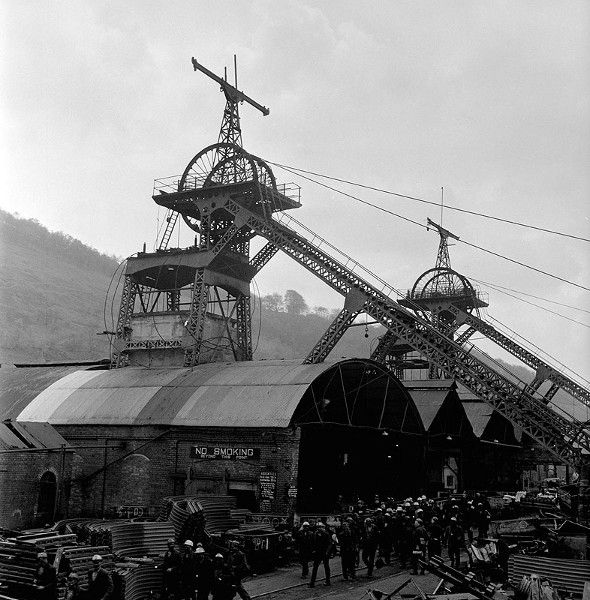 The present Tory-Liberal coalition is preparing to launch a major attack on British workers. History shows that the British workers have always responded to such attacks with militant class struggle. One such example was the miners' strike of 1972, a rock solid strike that shook the Tory government and prepared its eventual downfall two years later in 1974.

In the February issue of Socialist Appeal, we looked at how Prime Minister Ted Heath and the Tories’ plans for the British working class soon began to unravel once they actually tried to implement them. The waves of industrial struggle and unrest reached a pitch not seen since the General Strike in 1926. Instrumental in that process was the 1972 miners’ strike which represented the first national action by the National Union of Mineworkers since 1926. The coal industry had huge strategic importance in terms of power generation and domestic heating. In 1972 gas powered central heating was a luxury and “smokeless zones” were new fangled ideas. The miners potentially had immense industrial muscle, even with a right wing leadership.

This was a period of high inflation and miners’ pay was falling behind that of other workers. So the demand of the 280,000 strong NUM strike for a 47% pay rise was entirely reasonable. The right wing dominated the national executive of the union with a majority of 26 to 8. But layers of younger activists in the areas had tapped into the militant mood in the coalfields. After a two month overtime ban the strike, which had been called after a 58.8% yes vote in a pithead ballot, began on January 9th.

This mood was best reflected in the huge Yorkshire coalfield, where the idea of flying pickets had taken off in the 1969 unofficial miners’ strike. This highly effective action was extended nationally. The result was that the movement of coal was quickly stopped while trade unionists in other industries, observing TUC guidelines, respected the NUM picket lines.

The strike which ran throughout January and February 1972 massively boosted workers’ confidence, while simultaneously undermining the morale of the government and the bosses. 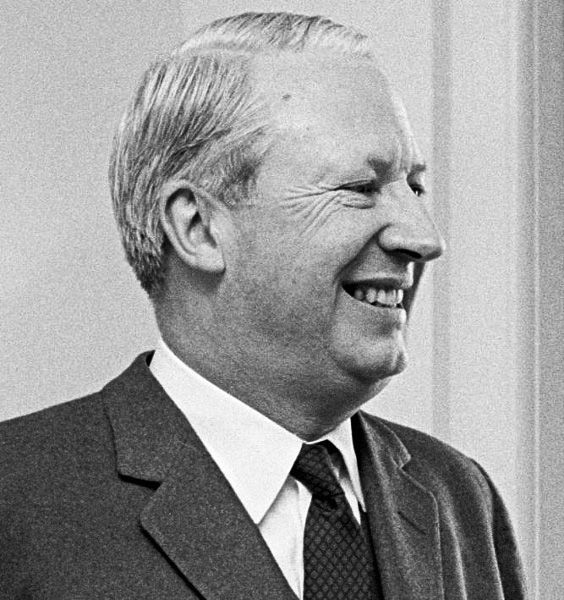 Edward (Ted) Heath. Photo by Frank Hall / US Department of Defence. But, unfortunately for Ted Heath, all the initiative lay with the NUM. Within a short time the government was completely paralysed. A top secret report summed up the problem, "If this sort of attitude is pressed too far, the social consequences are unpredictable." Basically, the Tories were facing a potential social explosion, even a general strike.

Because the strike was completely solid in the pits, there was no pressure to put pickets on the pitheads. This meant the miners could turn their attention to the coal stockpiles and stop their movement through secondary picketing, which has since been made illegal.

The flying pickets were extremely effective, not least because they had access to cars and other means of transport. Coal supplies to the Scottish power stations were disrupted by up to 300 pickets. Likewise supplies were stopped in Kent, South Wales, Derbyshire and Yorkshire. The NUM had hoped that the power workers would come out on strike themselves over pay, but they settled at the beginning of February.

‘Driven into a corner by the magnificent struggle of the miners, with the support of the whole working class, the Tory government has lashed out with blind class hatred. The panic measures of Heath and co. are intended to bludgeon the miners back to work by turning their fellow workers against them. But the crocodile tears shed by Heath over the fate of the aged, the sick and the millions who will be laid off because of the government’s measures will fool no-one.

‘The miners’ strike is an inspiration to the whole of the working class. Every section of the trade union and labour movement has given practical assistance to the miners. Even the Tory press has had to reflect the massive sympathy of millions of ordinary people.

‘It is high time the TUC followed the lead of the rank and file! The organised strength of 10 million workers must be used to force the Tory government to back down.

‘The government of big business is prepared to inflict terrible suffering on millions of people, in order to bear down on the miners and the whole Labour movement. The TUC alone has the strength to stay its hand. Already, sections of workers have staged sympathy strikes in solidarity with the miners. Let the TUC call a one-day strike in support of the miners!’ (Alan Woods, Militant 18/2/72)

The miners received widespread solidarity from other workers including 150 workers from S.U. Carburettors, a British Leyland subsidiary in Birmingham, who took strike action. Secondary (solidarity) strikes are now illegal. This strike was a sign of what was to come. The miners’ next target was the last open fuel depot in the West Midlands at Saltley Gasworks in Birmingham. Pickets began to gather, on Tuesday 8th Feb 1,800 Midland car delivery workers came out on sympathy action. Next day Heath declared a state of emergency. The response was rapid; a shop stewards’ meeting called out 40,000 engineering workers in a sympathy strike and mass demonstration, finishing up at the Saltley depot.

Almost all the engineering workers in Birmingham came out and 10,000 joined the march where there were already 2,000 miners at the gates. The 1,000 police were powerless:

‘At first there were only ten of us, then twenty, fifty, five hundred and finally ten thousand. That is how the picketing built up outside Saltley coke depot. Men from Dunlop, British Leyland, Rover, Drop Forge, GEC, etc. were there. Birmingham industry was at a standstill and ten thousand people flooded the square outside the depot, stopping the movement of traffic. The police closed the gates for the day. Victory was ours. I cannot describe to you the feeling of joy, relief and solidarity that descended over all of us there. Leaflets I brought to hand out were taken out of my hands in bundles by total strangers, who distributed them for me – it was like what Petrograd 1917 must have been!’ (Bob McKee, Militant 18/2/72)

Arthur Scargill described what happened next:

"Some of the lads… were a bit dispirited… And then over the hill came a banner and I’ve never seen in my life as many people following a banner. As far as the eye could see it was just a mass of people marching towards Saltley… Our lads were jumping in the air with emotion – fantastic situation… I started to chant… ‘Close the Gates! Close the Gates! And it was taken up, just like a football crowd."

The game was up. The Chief Constable ordered the gates to be closed. Within days fuel supplies were so low that many companies were forced onto a 3 day week. The Tories were forced to back down. To escalate the situation, through the use of troops for example, would have been disastrous. As the Home Secretary Reginald Maudling admitted to the cabinet:

"Its enforced closure represents a victory for violence against the lawful activities of the gas board and the coal merchants. This provides disturbing evidence of the ease with which, by assembling large crowds, militants could flout the law with impunity because of the risk that attempts to enforce it would provoke disorder on a large scale."

The Tories were panicked; they set up a court of Inquiry under Lord Wilberforce to settle the dispute. After an extremely rushed “Inquiry” the NUM were declared a “special case” and picketing was suspended when the Inquiry recommended a 20% rise. Cabinet Minister Willie Whitelaw admitted that ‘Even then further concessions were exacted by the NUM in Downing Street talks before a settlement was concluded.’ (The Whitelaw Memoirs, p.124, London 1989)

It was a humiliating climbdown for Heath. The miners had smashed the pay restraint policy and had won a 21% pay increase together with concessions on overtime rates, shift allowances and transport.

The Times summed up the view of the ruling class:

‘Every prime minister since Sir Winston Churchill had normally exerted a pressure to settle wage disputes rather than face the consequences of national strikes… Mr Heath has been working in exactly the opposite way. Unpalatable as the view may be, the cost of this coal strike so far and its likely future cost if it is settled as a result of the Wilberforce report is only a fraction of the damage that would have been done if there had not been a real determination to resist wage inflation. There really is no way of fighting wage inflation without being prepared to face major and damaging strikes.’

Essentially the crisis in British capitalism was driving the bosses to attack the unions to preserve their class interests. The miners had won an important victory, even if their initial demands had not been met in full. The Tories’ attempt to shackle the unions and impose pay restraint was shattered. They had completely underestimated the combativity of the NUM and the solidarity of other workers.

The miners’ strike was a watershed, which gave a clear example to other sections of the working class, particularly with respect to the mass pickets. Some 46 years after the cruel defeat in 1926, the miners had taken their rightful place in the vanguard of the British working class.