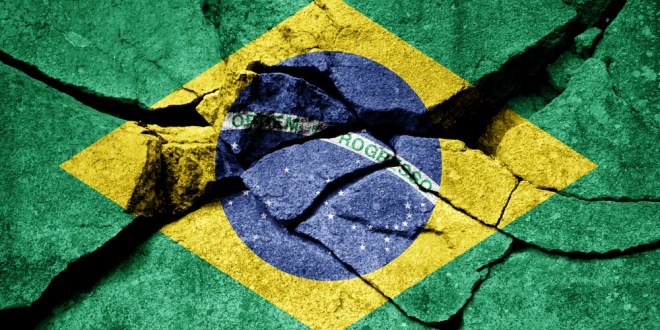 The bourgeois press is doing everything possible to bury the anti-Bolsonaro protests on September 29 and the readiness to fight they displayed. It makes comparisons with the pro-Bolsonaro mobilisations of the next day – which were dozens of times smaller – and omits facts like the spontaneous manifestations on public transport before and after the demonstrations.

Not to mention their ‘polls’ and analysis have been used to show that the demonstrations "helped" Bolsonaro instead of hindering him. Well-acquainted with all the ideas of the bourgeoisie, the right-wing social democratic candidate of the PDL, Ciro Gomes has echoed this in his statements. 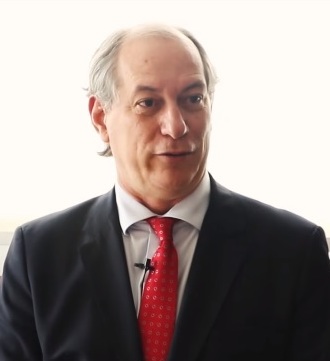 The problem facing the bourgeoisie is this: how to fight the polarisation that threatens to bring to the surface the old class struggle between the workers and bosses? The bourgeoisie’s preferred candidate (Geraldo Alckmin of the PSBD) is struggling in the polls and those in the state who would theoretically support his candidacy, to maintain their posts, are now passionately supporting Bolsonaro.

While all this happens, swings in the polls have caused intense financial speculation on the stock market and in the trade of the dollar and other currencies. The middle-class and the petty bourgeoisie see Bolsonaro as their saviour, while the big business wing of the bourgeoisie, those who manage the economy in Brazil and in the imperialist countries, seek points of contact with the economists and advisers of both Bolsonaro and Fernando Haddad of the PT. They want to guarantee the maintenance of everything as it was before the elections.

The ruling class try, at the same time, to bury the "polarisation" taking place in society. But that is not possible; and its best representatives in the newspapers and on TV can only sigh hopelessly at the intensification of the class struggle.

Haddad (PT) has made speeches to the left, but has also undertaken backstage dialogues with big business to reassure them / Image: Agência Brasil

Militants and left-wing activists, horrified by Bolsonaro's rise, conclude that fascism is just around the corner, gaining the support of the masses, or that a new military dictatorship is being prepared. However, it is necessary to factor into this evaluation the current correlation of forces between the classes and the position of the major sectors of the bourgeoisie.

The bourgeoisie knows that the working class is not defeated and that it can surge towards revolutionary struggle at any moment. That is why, although it needs to harden repression, it also knows that the conditions are lacking to establish a brazen dictatorship in the country.

Bolsonaro's electoral base, despite encompassing extreme right-wing groups, is not organised in a mass party with the objective of destroying the workers' organisations, even if the fascist groups are more willing to act in this climate of polarisation. Bolsonaro's base lies in the desperate petty-bourgeoisie and sectors of the proletariat deluded by his anti-establishment rhetoric. Bolsonaro is a right-wing opportunist demagogue, and must be fought with a class-based, political line.

The bourgeoisie’s preferred candidate (Geraldo Alckmin of the PSBD) is struggling in the polls / Image: CartaCapital

The other candidates try to appear as the best alternative. Alckmin promises to end "right" and "left" radicalism and defeat the PT in the second round. Based on the polls, Ciro seems more likely to defeat Bolsonaro in the next round. And the PT would win votes for itself, being the only left party in the second round.

The Marxist Left does not align with either of these positions. We are not for "anyone but Bolsonaro". There is a class division between the candidates and it is a mistake to consider Alckmin or Ciro the lesser evil: both are bourgeois politicians, belonging to bourgeois political parties. Ciro having as his deputy the lady of agribusiness, Katia Abreu.

The PT is a bourgeois workers’ party that regained some electoral power because of Dilma Rousseff’s impeachment. In fact, the bourgeoisie did the PT and the Dilma government a favour by sparing them the inglorious task of applying tougher counter-reforms and fiscal adjustment. Haddad even made speeches to the left, promising to repeal counter-reforms, but has undertaken backstage dialogues with representatives of big business to reassure them.

The issue now is to strengthen the construction of a left alternative to the PT, without the betrayals that have provoked the current disorientation of the working class.

Given the current political situation and the bewildered state of the Brazilian class struggle, we have explained that the immediate task for the vanguard activists and militants of our class is to vote for the Socialism and Liberty Party (PSOL). This is not due to any revolutionary credentials of this party, nor its presidential candidate.

Even though PSOL candidate, Guilherme Boulos, in the final stretch of the campaign, has adopted rhetoric against the system and sought to differentiate himself from the PT, he still lacks clear content to connect with the desires of the working class. Rather than attempts to improve or reform, he is restricting itself to promising "equal opportunities", or "taxation of large fortunes and assets". 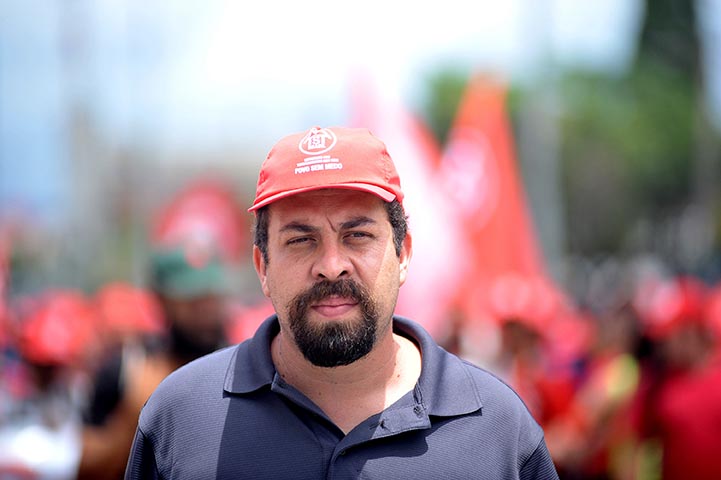 PSOL candidate, Guilherme Boulos, has adopted rhetoric against the system and sought to differentiate himself from the PT, but he lacks clear content to connect with the desires of the working class / Image: public domain

The only way the left can capture the anti-establishment sentiment that exists at the base of society is to say clearly that a revolution is necessary: we must put down the rotten powers of the republic, nationalise the banks, the multinationals, companies that receive money from the state, and put them and the whole society under the control of the organised working class.

The fundamental task of Marxists at this point is to help a part of the vanguard of workers and youth understand the present situation without falling for the confusion fed by the reformists, and instead find the path of socialist struggle. To do this, we must clearly establish our feet in the field of class independence. No votes for bourgeois candidates or bourgeois parties. And yes, vote in the first round for PSOL to strengthen the construction of a left-wing alternative.

The PSOL, despite its errors and its weaknesses, continues to be seen by a vanguard of youth and workers as a means to regroup independently and struggle for the construction of a working-class party in Brazil.

Not "anyone but Bolsonaro". Vote for the PSOL in round one and build a socialist alternative! We need a mass workers' party! / Image: Fábio Rodrigues Pozzebom

Brazilian workers have demonstrated countless times a high level of class consciousness, and they have learned from their historical and political experiences. Despite the countless frustrations and betrayals of its traditional leaders, this consciousness has not been destroyed.

We Marxists are interested in clarifying what needs to be done today to help strengthen the muscles of the vanguard of our class for the upcoming battles, as the polarisation becomes more and more accentuated. This is the task that the Marxist Left proposes, based on the manifesto "Against the System, for the Socialist Revolution": we commit ourselves to the struggle for the construction of a class party, to help the workers overturn the exploitation and oppression of capitalism and build towards a socialist future.