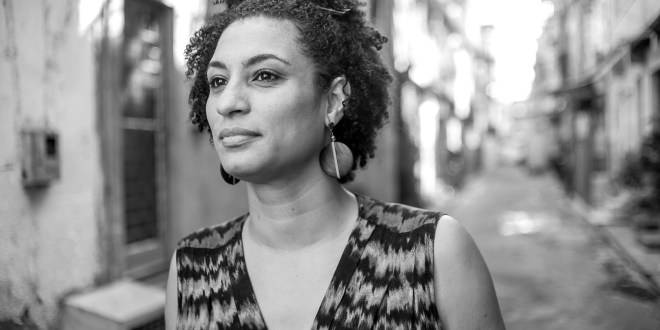 Since Marielle was assassinated, the investigation has pointed to the involvement of the gangs in Rio de Janeiro, who dominate dozens of favelas and working-class neighbourhoods, controlling trade, services and selling drugs. Marielle had just been elected as rapporteur for the City Council Commission to monitor and discuss the Federal Intervention by the military in Rio's security. She denounced the abuses that were being committed by the military police, in particular by a battalion that gained fame as the deadliest in Rio.

Marielle's activism won her many powerful enemies. She was one of the main voices against the military intervention in Rio and was the rapporteur of the commission that would accompany the intervention in the city.

And now, as another chapter opens in the convoluted investigation of her murder, Federal Judge Sérgio Moro and President Bolsonaro have launched policy will open the way for the police to kill without being penalised. This is further proof that capitalism is “horror without end.”

The men who drove the car and who pulled the trigger, according to police, are in jail. If these are the killers, who gave the order? If solving this crime depends solely on the police, this will not be investigated. The delegate responsible for the case, Giniton Lages, reported that Lessa "had an obsession with certain activists on the political left," such as Marielle. And the police still insist they are only investigating a crime committed by a hateful and politically motivated individual, rather than a bigger conspiracy.

The Public Prosecutor maintains the same line: "All the investigations today authorise us to indict the two defendants, whose motivation was (...) derived from a rejection, a reaction by Ronnie Lessa to the political actions of Marielle in defence of her principles” (Simone Sibílio, prosecutor and coordinator of Gaeco.)

The Marxist Left joins all those demanding that the investigations be expanded and those who ordered the crime uncovered. That is why we reaffirm the importance of an independent investigation that has the freedom and the power to probe up to the level of the links between the state, its agents, and criminal groups. Treating this political crime as an isolated "act of hatred" carried out by individuals with personal motivations is to allow a coverup of those who ordered it.