Last Thursday, July 1, Judge André Gonçalves Fernandes, of the 2nd Civil Court of Sumaré, declared Flaskô bankrupt. This is a serious attack on the workers of Flaskô, which effectively may result in the plant's closure. We call on our contacts and supporters, activists from various social struggles and political currents, to be on the alert for any emergency.

Judge decrees: "It is necessary that Flaskô ceases its activities," and, "decrees the bankruptcy of the Flaskô company." 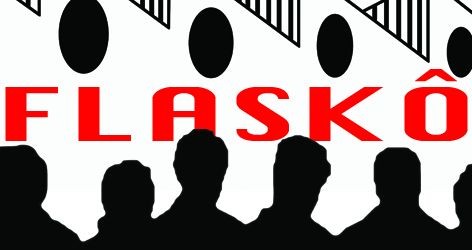 Last Thursday, July 1, Judge André Gonçalves Fernandes, of the 2nd Civil Court of Sumaré, declared Flaskô bankruptcy. This is a serious attack on the workers of Flaskô, which may effectively result in the closure of the factory, with the resulting loss of jobs for all the workers, putting an end to the social Culture and Sports activities of the factory and threatens the very future of the “Workers' Village” (Vila Operária), besides bringing to an end the historical struggle of the Flaskô workers.

As you are aware, on June 12, 2003 the Flaskô workers occupied the factory as the only way of protecting their jobs. Since then, the struggle of the Movement of Occupied Factories has been known to all. The capitalists cannot accept any form of democratic workers’ management, where the emphasis is on implementing historical conquests of the working class, such as reducing the working week to 30 hours (without any reduction in pay), and solidarity with all social and trade union movements, questioning private ownership of the means of production, and fighting openly for nationalization under workers' control.

The decision of this court is based on the same "logic" as the court decision that ordered the intervention in Cipla and Interfibra in Joinville, on May 31, 2005. There, the judge said it "would not be to the social good to keep open the plants," and ending with the question that explains all the concerns of the capitalists: "Imagine if this trend were to become established?" Here the situation is very similar. It clearly demonstrates the class role that is exercised by the judiciary. But, as always, within the very bourgeois legal framework, we see the dismantling of the rights won by the workers historically, especially those guaranteed by the Constitution.

This frontal attack is directed against the organizations of the working class, so much so that last year, when dealing with an MTST occupation in Sumaré, this same judge had said the MTST, along with the MST and the FARC, "are part of Via Campesina, an international terrorist organisation." This shows quite clearly that what we are dealing with here is a class conflict, between workers and bosses, and the judge, as a representative of the bourgeois state, is taking a clear side.

The bankruptcy proceedings that led to this decision were based on a debt for raw material to the Fortymil company (a branch of Braskem), in 2007, and therefore while under the management of the workers. The same debt was accumulated due to the illegal cutting off of power promoted by the state administrator at Cipla. The workers always proposed to pay the debt, which was R$37,000 at the time. However, the Fortymil bosses never had any interest in actually sorting out payment, because they were in collusion with the appointed state administrator in Joinville. Therefore, they always refused any of these proposals, and instead filed for bankruptcy, rather than a process of recovery of debt. The workers at Flaskô were constantly requesting the judge to accept payment, but this he always refused, as he did not recognise the workers’ management, stating that he would only accept payment from the official owners of Flaskô, thus ignoring the workers’ administration. Cristiane de Marcello, owner of Flaskô "on paper", could not be found (she is a on the run from the police and has never set foot in the plant), and the judge took the decision to declare bankruptcy without allowing any defence on the part of the Flaskô workers, not even acknowledging several attempts on their part to pay, which were even made present in the court proceedings.

The Sumaré judge has stated that "one cannot understand therefore, as the defendant has been arguing all along, and has now also come to court to maintain, that there are relevant legal reasons for not paying the debt, based on the claim that there are many other debts." This is basically a rejection of the arguments raised by the workers, who outlined in detail on the one hand the current situation at Flaskô, after decades of default on the part of the bosses’ management, and on the other the social and political relevance of the democratic workers’ management of Flaskô. The judge also added that "if it is true that the company should be saved, it is also true that one cannot save one at the expense of another, for if this argument were upheld, it would certainly set the seal on and provoke the general collapse of many other companies, given the ripple effect that this would generate, something which cannot be accepted by this court." In other words, what the court is concerned about here is property, the company, and not about jobs. Furthermore, it has to be admitted that this debt is not going to break Fortymil, a company that is linked to the Braskem group, which after joining up with the Quattor Company has a monopoly in the plastics industry in Brazil. And as if this were not enough, the judge has also ignored the fact that it is completely out of proportion to declare bankruptcy because of such a small debt compared to the total debt left by the old Flaskô owners, which he even makes no specific reference to in the proceedings. Thus, the judge concludes in a simple and irresponsible manner, in just seven pages, and without any foundation even in bourgeois law, that "Flaskô must cease its activities," and therefore "decrees the bankruptcy of the Flaskô company”.

To conclude, after the declaration of bankruptcy, we have taken all reasonable legal measures, in the same way that we had agreed to pay the debt to Fortymil. The court, now that bankruptcy has been legally declared, would have "no problem" in receiving the amount due. For us, this would be a way of proving to the judge our intention and good faith in keeping to what we have agreed to. So, together with Fortymil, we are petitioning, stating that an agreement has been reached between the parties and that the Judge should reverse his decision. We will await the legal proceedings of the coming days.

We are aware of the fact that the difficulties of the Movement of Occupied Factories would increase with the Lula government's refusal to nationalise the plant, which has been our demand ever since our struggle began, even after the criminal actions against the factories in Joinville. We know that if Bacchim and the Sumaré councillors do not declare Flaskô an asset of public interest, and nothing is done against the decisions of the administrator at Cipla and Interfibra, our situation would become increasingly complicated. Furthermore, as workers we know that the attacks on and attempts to criminalise the movement have increased in the current international economic situation. The accumulation of profit requires a confrontation with the workers, but precisely because of this, unity and class solidarity must be given as an answer to the capitalists, and we must show that we are the "locomotive" that makes everything move. Nothing is produced without the worker's labour power!

Considering all this, and all the emergency legal measures that have been adopted, we call on all our supporters and contacts, activists from various social struggles and political currents, to be on alert for any emergency, follow our site (www.fabricasocupadas.org.br) and during the coming week we will keep you informed of the situation and outline any public activities that may be required, while at the same time we must continue the campaign of resolutions.

We rely on the presence and solidarity of all to reiterate the following:

- No to any threats of closure of Flaskô!
- Nationalisation under workers' control!
- That Flaskô should be decreed an asset of social interest!
- Against the criminalization of the social movements!
- Long live the solidarity of the working class!
- Long live the struggle for socialism!

You can also sign the petition that calls for Flaskô to be decreed an asset of social interest at:
http://www.ipetitions.com/petition/declaracaodeinteressesocialflasko/