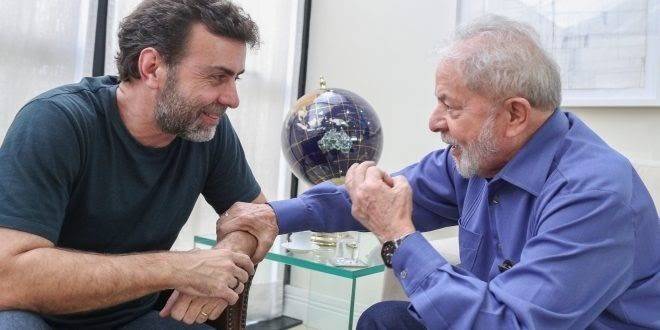 The world has been shaken by a tragic situation, but for the bourgeoisie it is all about shunting the cost of the crisis on the backs of workers, seizing the opportunity to carry out new attacks and securing their profits.

The vast majority of world leaders are now in favour of social distancing measures to slow down the spread of coronavirus. However, they delayed putting practical measures in place for fear of the impact on an already weak economy, which was moving towards a new global recession even before the pandemic. It’s not surprising that these practical measures don’t seem to be good enough. In different countries, non-essential factories maintained their regular activities and, by doing so, have put the lives and health of workers at risk. As a result, there have been some strikes and mobilisations, mainly in Italy and Spain. The Brazilian bourgeoisie has done the same, or maybe even worse: most factories and companies that stopped their activities did so by declaring collective holidays, that is, stealing the workers' holidays.

The Brazilian congress has approved an emergency aid of R$ 600 per month for informal workers, the unemployed, etc. This is not an act of kindness: they did it only because they fear widespread rioting, looting and outbursts of despair, which would demoralise the current regime even more. The R$ 80 billion that will be spent to pay for this aid will not come out of the profits of the bourgeoisie, but from current and future cuts and attacks on social areas and public servants. Nothing will affect the payment of interest and amortisation of the fraudulent public debt to banks and speculators, which drained the public funds of R$ 1.038 trillion in 2019. According to the Citizen Debt Audit, this amount accounts for almost 40 percent of the federal budget.

It is a scandal that the value of what has been dubbed the "coronavoucher" is below the already precarious minimum wage (R$ 1,039), and far from the minimum wage required to survive as calculated by the Dieese (R$ 4,483). The proletarian neighbourhoods are affected by several concrete problems: overcrowding in homes, lack of treated water and sewage, lack of school dinners for children, etc. What is really needed is a public emergency policy to ensure basic sanitation for all, distribution of essential supply parcels for families who live in these neighbourhoods, hiring nursing assistants to check body temperatures of everyone and ensure that all suspected coronavirus cases are referred to medical centres. In short, the state should hire millions of people to carry out these activities as a matter of urgency, in order to prevent the development of the disease and ensure conditions of survival for the majority of the population. As the crisis deepens, the lack of income makes these people even more vulnerable. 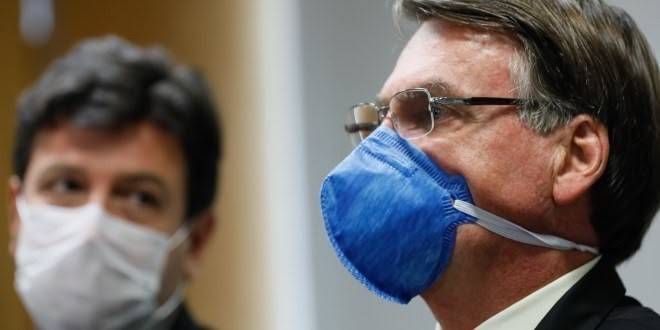 On the other hand, the government is using the pandemic as an excuse to increase the national debt, and thus to benefit the financial sector. The so-called "war budget" presented by the federal government (PEC 10/2020) has already been approved in the House, but now it has to be approved in the Senate. In its current form it authorises National Treasury securities to be bought and sold in national and international secondary markets (markets without regulation and control). In addition, the Central Bank can also buy private securities. In practice, this means that the Central Bank can give more money to banks and big speculators, with a high likelihood of buying "bad bonds" (with a high default rate).

Another charitable act approved by the government and the congress that will benefit employers is the PL 985/20, which suspends employers’ contributions to Social Security for up to three months. All government actions benefit the capitalists and harm the workers. The Provisional Measures 927 and 936 proposed by Bolsonaro authorise the direct negotiation between employers and workers to make the necessary changes to terms and conditions. Obviously, the workers will be obliged to accept everything to avoid losing their jobs: take holidays before they are due, bring bank holidays forward to an earlier date, overtime compensations, reductions of work and wages, suspension of the employment contract for up to two months etc. Bolsonaro's murderous Temporary Acts have already led to salary reductions for one million workers and, according to the government itself, the reduction in wages can reach up to 24.5 million workers who are formally employed (out of a total of 33.6 million). Another attack against the workers is the approval of the so-called "green and yellow" work card, which allows the hiring of young people between 18 and 29 years old and other people over 55 with tax exemptions for entrepreneurs and reduction of rights for workers.

The problem is that on the one hand, Bolsonaro has head-to-head clashes with the Congress, governors, mayors, and the press - that is, with the majority fractions of the bourgeoisie. In fact, they are all trying to evade responsibility for the economic damage caused by the pandemic. On the other hand, everyone seems to be united to approve measures against workers.

The unions and leftist leaders who preach that this is a time of national unity to confront the common enemy - the coronavirus pandemic - seeking to lean on the sectors of the bourgeoisie which are less stupid, are in fact betraying the working class. A clear example of this betrayal is the refusal of Lula and the PT to join the Fora Bolsonaro campaign. According to the resolution of the National Directory of the Labour Party (PT): "at present our priority is to focus all our energy on the fight against the pandemic". In addition, recently we have seen displays of “friendship” between Lula and João Dória (PSDB), who have taken pictures exchanging friendly hugs. The betrayal is also expressed in the support that Marcelo Freixo (PSOL – Socialism and Liberty Party) has given to the Minister of Health, Henrique Mandetta, by sponsoring the campaign #FicaMandetta (this campaign is aimed at securing the minister’s job in the government despite Bolsonaro’s regular threats to fire him). Another example is Flávio Dino’s (PCdoB) public support of the vice president, General Mourão, after having, according to Dino, a "technical, respectful, sensible dialogue" in which he concluded that "if Bolsonaro transfers the government to him (Mourão), in 2022 Brazil will be in a better shape".

There is no solidarity and unity with the bourgeoisie to fight the coronavirus. The bourgeoisie and its system are unable to take the necessary measures to confront this pandemic. They are trying to save themselves, their profits and, thereby, increase the exploitation and suffering of the proletariat.

Workers and young people need to fight for emergency measures that clash directly with the interests of the ruling class. In order to explain the proletariat’s demands we have elaborated in the Brazilian Crisis Emergency Programme aimed at raising awareness of the need to overthrow the capitalist regime, directly responsible for this catastrophic situation. The Marxist Left seeks to group everyone in the Fora Bolsonaro committees which, given the current restrictions, should meet online and organise suitable tasks. The meetings and plenary sessions of these committees have had an enthusiastic participation of young people and workers, discussing politics, theory, actions and the future. Join the committees, contact the Marxist Left!