Share
Tweet
Bradford & Bingley has finally been put out of its misery. After months of cliff-hanging the government has been forced to nationalise the bank. In many respects the ‘rescue’ plan is a clone of the $700bn Paulson plan being pushed through in the USA. The basic idea is that the good stuff is sold off to the private sector while the taxpayer is lumbered with the bad debts, the toxins. Socialism for the rich and the rigours of free enterprise for the rest of us!

Bradford & Bingley has finally been put out of its misery. After months of cliff-hanging the government has been forced to nationalise the bank. 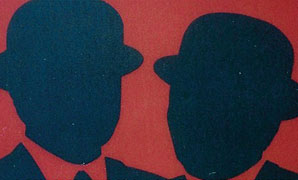 In many respects the ‘rescue’ plan is a clone of the $700bn Paulson plan being pushed through in the USA. The basic idea is that the good stuff is sold off to the private sector while the taxpayer is lumbered with the bad debts, the toxins. Socialism for the rich and the rigours of free enterprise for the rest of us!

Apart from being a dramatic incident in what is clearly an avalanche of disaster sweeping through world capitalism, B & B is a case study in the stupidity and recklessness of modern financial management. Never mind. They can walk away from the wreckage and leave us with the bill. At least that’s how they’d like it to happen. And New Labour is always happy to oblige them.

As we pointed out in an earlier article, (Bradford and Bingley collapse brings UK recession closer) “B & B is the market leader in ‘buy to let’ mortgages. One of the features of the housing bubble which has now burst is that people were buying houses, not only to live in, but also to lease to other people. This of course tended to push house prices even higher. ‘Buy to let’ was based on the assumption that house prices would just keep on rising. In that case not only had the buyer acquired an ever-appreciating asset, but they could also make enough money by letting it out to pay the mortgage. Free money!

“When the housing bubble burst, the whole logic of ‘buy to let’ went into reverse. Not only is the house price going to fall after the deal has been struck, so the buyer is in effect stuck in negative equity, but tenants are expecting to pay less rent, since they know house prices are headed south. The ‘buy to let’ market, worth £120bn last year is now effectively dead in the water. And of course all those people jumping ship from the housing market will make the house price collapse that much worse.”

The other B & B specialism was self-certificated mortgages. In other words you just strolled in to a Bradley & Bingley branch and declared yourself to be of sound means and walked out with a mortgage. They conducted no checks!

Clearly, even in terms of the tearaway twenty-first century financiers, B & B was operating on the dodgy end of the banking market. When the crisis burst and the house price bubble collapsed last year, their number was up. Their death agony has been prolonged. Their shares were on the slide. They declared a loss of £8m for the first four months of 2008, compared with £108m profits they made in the same period last year. They needed a capital injection.

So they went for a £400m rights issue. As we explained at the time, “This means that shareholders are expected to reach in their pockets and stump up for extra shares. Now ‘investors’ don’t really buy shares so they can have further demands put upon their wallets. They expect to sit at home and watch the dividends roll in and the shares going up. So a rights issue will always hit existing share prices.”

In the existing atmosphere of near-panic, Bradford’s existing shares plummeted. They finally got their £400m but only because Treasury officials, desperate to avoid another banking collapse after Northern Rock, went round twisting other bank’s arms behind their backs to cough up the money.

It didn’t work. £400m couldn’t save Bradford & Bingley. We have to ask – will $700bn save the US banking system? Not necessarily. Not if confidence continues to evaporate – as it rightly will. Not if house prices continue to fall – which they certainly will. Not if the financial crisis continues to impact on the real economy and on unemployment – which it definitely will.

The shares kept on falling. As Heather Connon pointed out, it was a bargain waiting to be picked up. But in a crisis, nobody is thinking about the rosy prospects in the distant future. They’re too busy panicking in the here and now. “The buyers should be queuing up: Bradford & Bingley’s value has plunged to less than £300m, a sixth of its value at the start of the year and just a tenth of what it was worth this time two years ago...Yet last year, Bradford & Bingley made more than £350m profit before tax – more, that is, than its market value last week – and it has £40bn of mortgage loans and £20bn of savings balances. Even allowing for the Armageddon that seems to be breaking out in the housing market, that must surely be worth something?” (Observer 13.07.08) The answer was ‘no’.

Maybe the vultures just wanted to make sure Bradford was dead before they swooped. Last Friday shares were worth just 20p, despite a capital injection of £400m. Spanish monster bank Santander will do well out of the death. They sweep up £20bn in healthy deposit accounts and 200 high street branches.  It’s a fire sale!

We get £41bn in dodgy mortgages. We get the debts, the dross, the dregs. New Labour hasn’t changed its spots. It’s not a matter of ideology. As Ben Bernanke, boss of the Fed says, “There are no atheists in foxholes and no ideologues in financial crises.” Whether it’s not intervening (as it did before) or intervening (as it has over the weekend) the government is acting in the interests of the bankers and the capitalist class, not the people who voted for them.

It’s not over yet. There’s no time for a sigh of relief. The day nationalisation was announced, the markets showed their displeasure with the $700bn bail-out by continuing their slide. They want more money thrown at them! And Belgian bank Fortis looks like the next one to go under.

It’s the same old story – ‘socialism’ for the rich. We’re sick of paying for their mistakes. The labour movement must commit itself to campaign to nationalise all the banks, not just the loss makers, as part of the socialist transformation of society.