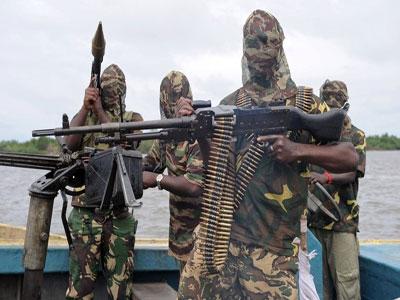 On February 27, 2014, the Boko Haram sect entered into a Federal Government Secondary school in Yobe and massacred over 60 harmless and innocent school children in their sleep.  It was reported that the army stationed to protect the young students walked away from the gate a few minutes before the attack took place.

We have heard of several instances similar to this, whereby the military simply runs away from the insurgents without any serious fight.  No doubt, the Nigerian army most likely have superior military hardware relative to the insurgents, but in war the morale of the army is a very important factor.

Inevitably, the military will reflect the situation in society as a whole. The military cannot be isolated from the general condition of the whole of society, and Nigerian society is riven with corruption, and a degenerate and inefficient Nigerian bureaucracy which already has its reflection within the Nigerian army. The rank and file of Nigerian army are very unhappy, with the extent of corruption among the high officers of the military.

According to a Punch Newspaper report of March 8, 2014, “Some of the soldiers who spoke to Saturday PUNCH  on the condition of anonymity, because it is against military rules for unauthorised soldiers to speak to the press,  alleged that  apart from the poor welfare package, some of the wounded soldiers pick their own medical bills while others  do not get  the required comprehensive medical attention”.

Only cheap drugs are provided, and any expensive drug has to be procured by the soldiers themselves. The anonymous soldier lamented how extremely low the morale of the Nigerian army has become and how they have all agreed not to put their lives in danger for a worthless and corrupt state. The rank and file of the army can see clearly how the alleged sponsors of the sect move freely and even occasionally spend time together with their officers. Then they asked the question: why should they then risk their lives? It is not impossible as a result of all this that the rumoured plans for a mutiny actually took place. 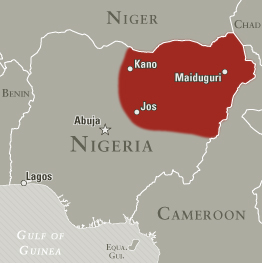 The present state of the army is one of the major factors that have emboldened the insurgents in recent times. A week hardly passes without some massive attack and sweeping massacres of children, women and the vulnerable. These attacks had initially been restricted to the rural areas, until the insurgents got much bolder and started attacking the main town of Maiduguri on March 14, 2014 when Giwa barracks were attacked, but this time it turned out to be a major disaster for the insurgents.

Giwa Barracks attack and the heroic action of the Civilian JTF

In one of our previous articles, we explained how the Civilian Joint Task Force (Civilian JTF) had evolved. Its emergence was a necessity at a particular point in time, but initially it expressed itself as an accident.

The existence of the Civilian JTF within the main town of Maiduguri significantly turned the balance of forces against the insurgents, who attacked the Giwa Barracks with the intention of freeing some of their earlier arrested members, but at the end of that fateful day, close to 300 members of Boko Haram had either been killed or arrested alive.

Unlike other sectarian attacks, that are usually followed by mourning and grief, this attack was followed by wild jubilation throughout the main town. It was perceived as a heroic mass movement against the insurgents and the people were jubilant because the insurgents had not only been repelled but had been defeated with courage and boldness.

Sectarian violence cannot be fought and won with our mourning candles, but with arms against arms. This is something that has now penetrated the consciousness of the masses. However, although it represents a serious attempt of the people to defend themselves against these barbarians, we also need to point out the limitations of the Civilian JTF as it is currently constituted. For example, its members still use stick and cutlass to fight against the more modern weapons of the sects. And the Civilian JTF is still not organized to the degree required to successfully crush the resistance of much more organized insurgents. After this successful defeat of the Boko Haram insurgents, they will no doubt prepare for the future and come back with stronger forces and more weapons.

Faced with this prospect, the volunteers who presently make up the Civilian JTF will require voluntary military training with freely elected military instructor. This has become an important requirement towards strengthening the fighting capacity of the people against the insurgents. The force must also be brought closer to the communities they defend through the creation of elected defence committees in schools, colleges and all workplaces. This would ensure a much more organized resistance against this ravaging dark reaction called Boko Haram.

The Civilian JTF must not limit itself to being merely a rival to rank and file soldiers. The real challenge is against the corrupt officers at the top, and by building genuine solidarity and united actions between the Civilian JTF and the rank and file of the arm the interests of ordinary working people can be brought to the fore. The working people must be brought in as an independent class force such that the Civilian JTF becomes an expression of the workers With the workers behind it the Civilian JTF would become a force to be reckoned with.  This is absolutely necessary if a major sweep is to be carried out of this cankerworm that has made our lives absolutely unbearable with its senseless sectarian violence.