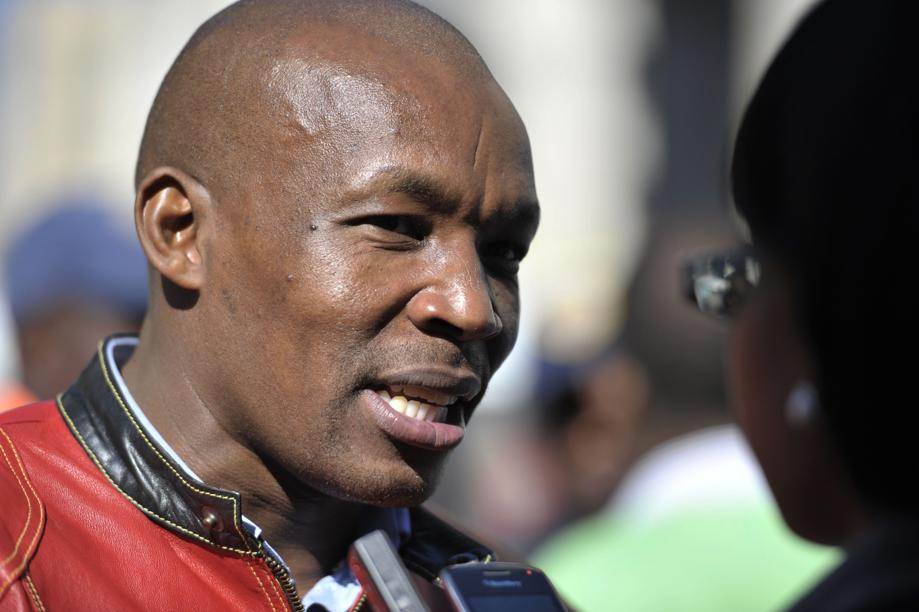 To properly understand and locate the underlying factors that have led to the fragmentation of Cosatu, one needs to go no further than the South Africa Communist Party.

(Mphumzi Maqungo, National Treasurer of Numsa, sent us this article for publication, which we are glad to republish here for our readers)

During the SACP’s 13th National Congress in 2012 Blade Nzimande said, “there is a small, but lingering phenomenon in the trade union movement, that of wanting to deliberately cause strain and divide the labour movement from the SACP and ANC. We must intensify ideological work to expose and defeat this phenomenon within the ranks of COSATU and the progressive trade union movement”.

There is no doubt that this is a direct reference to the National Union of Metalworkers (Numsa). This poisonous utterance by Nzimande, one of many, signalled the beginning of an ongoing and deliberate fragmentation of Cosatu.

Instead of contributing towards unity of the progressive labour movement, the SACP has criticized those who stand for an independent and campaigning Cosatu, labelling them as counter-revolutionary. This strategy has been unfolding persistently over the past two years, reaching the point we are at now. Today we have a Cosatu that until recently was the only reliable and trusted fighting weapon at the disposal of the organised working class and the poor, that is fragmented and in a complete state of paralysis, bordering on implosion.

The current paralysis has rendered Cosatu absent in the many battles faced by workers and the poor. As we approach the Cosatu 6th Central Committee (CC) we have little to assess since the Cosatu 11th National Congress. Cosatu is no longer a campaigning federation. It has failed to implement congress resolutions, such as the campaign against the banning of labour brokers, against e-tolling and the youth wage subsidy. Where was the radical voice of Cosatu when workers in Marikana were slaughtered, when farm workers in De Doorns fought for a living wage? Immersed in its internal paralysis, mass poverty, unemployment and inequality continue unabated. The working class and the poor continue to sink deeper into poverty and despair. This crisis and paralysis is an expression of the failure of the federation to contribute to a consistent revolutionary programme to transform our country in favour of workers and the poor.

What lies behind this paralysis? Our analytical work as Numsa, has confirmed that the centre of the crisis in Cosatu resides in the neoliberal and capitalist trajectory of our post-1994 negotiated settlement, which has sustained the racist and colonial character of the South African economy and society. We have arrived at this position not by idle theoretical and academic work but through our longstanding struggles in the trenches with the rest of the liberation movement, and our twenty-seven long years of struggle. This has impacted directly on the divisions in Cosatu, which are about the soul and the character of the federation. There are two camps coming from within and amongst Cosatu’s top leadership, a camp that wants Cosatu to continue to fight for socialism and to give battle to neo-liberalism and another that wants a Cosatu that acts as the “labour desk” of the ANC, thereby consciously or unconsciously advancing the neo-liberal project underway in South Africa.

While this unfolds, who suffers most? It is clearly the workers, their families and whole communities. There is a serious disillusionment by the working class and the poor, propelled by the failures of the ANC-led government to champion a radical programme to improve the socio-economic conditions of the vast majority of our people.

The South African working class is crying out for a committed revolutionary socialist orientated trade union and political organ to educate, agitate, organise and mobilise them for radical transformation towards socialism.

Numsa and its allies know that it is not a coincidence that those aligned to a dominant faction in the ANC and SACP are working hard to weaken and fragment the trade union movement, so that it is unable to fight and lead popular struggles.

As Numsa we have recognised that any shift in Cosatu requires a concerted effort to reclaim the Cosatu we know, the militant revolutionary voice of workers and the poor. We have pride in the Numsa membership decision to break new ground by declaring that solutions of the old have failed us and their insistence on a new socialist revolutionary path guided by the Freedom Charter.

Numsa has resolved to continue the fight to keep our federation independent and on the path of militant action in the interests of the working class. We have consistently argued against our expulsion as we have never acted against the interests of the federation nor in any way are we interested in dividing the working class. We offer several reasons as to why we should not be expelled, these include:

Throughout its existence, Numsa has been a dedicated and disciplined affiliate of Cosatu. History can reveal that few unions in Cosatu today can match Numsa’s contribution in the federation’s campaigns, struggles and contributions towards leadership collectives. We are always the first to go in and the last to come out in battles that Cosatu declares. We have always taken ownership and provided leadership of decisions of the federation.

We remain an autonomous affiliate of Cosatu!

As a union we have played our role in building Cosatu as an independent affiliate of the federation guided by Numsa’s constitution and our own worker-controlled and democratic structures. We pride ourselves of being a union that walks where others fear to tread. While others may be surprised, it is not the first time that our union has called for a break from the ANC. We resolved this in 1993. When we did not win our position in Cosatu, we subjected ourselves to the discipline of the federation. What is different now?

The fact that Cosatu has policies does not mean that affiliates cannot question existing policies. If affiliates do not have the opportunity to question policies how else would policy change within the federation take place? As Numsa we strongly believe that it is our right to question and criticize Cosatu policies and practices where these do not advance the interests of the working class. This is what our Special National Congress has done. It is the role of the others to prove us wrong, instead of purging us.

Nothing in existing Cosatu policies says that the federation will all the time endorse the ANC!

The 2015 Plan of Cosatu calls for an evaluation of every election and to base our strategy on elections on what we have achieved in the implementation of the previous Election Manifesto. According to Numsa, no such evaluation has taken place on the 2009 ANC Election Manifesto. Most of the promises made then remain unfulfilled and we have seen few advances for workers and the poor.

Our call for a critical review in organising strategies and approaches is in line with the 1997 recommendations of the Cosatu September Commission that argued that unions need to recognise the shifts and changes in how global capitalist production is organised. Cosatu itself has spoken about mergers and cartels between metals, mining, energy and chemicals. We as Numsa cannot be accused of taking a lead in what are federation-wide decisions.

No dues for flouting the constitution!

Nine unions in Cosatu have called for a Special National Congress in line with the federation’s constitution. This has been persistently denied. How can we continue to pay dues to an organisation that flouts its own constitution?

No levy for liquidators!

There had been a persistent campaign by the SACP over the past two years to attack Numsa and undermine its leadership. There have also been both open and clandestine attempts by the SACP to split our union. How can we continue to provide political support and resources to an organisation that has made it its mission to liquidate Numsa and destroy organs of working class power?

We believe that the unity of workers and of the working class is sacrosanct!

For us the unity of the working class is sacrosanct. To us Cosatu was not an end in itself. It was an instrument of struggle. It is for this reason that we understood Cosatu as one stop towards one country one federation. Our call for a revolutionary, militant and independent union movement and against a “yellow federation” is about safeguarding the capacity of the working class to act in its own interests.

If the working class is not careful, Cosatu, just like the SACP, will soon find itself buried in Nkandla. It is the duty of the working class to reclaim Cosatu from those who want to turn it into a lapdog of the ruling ANC/SACP faction.

[*Note: A reference to the scandal involving the Nkandla homestead of South African President Jacob Zuma, over which there has been public controversy about the use of public funds to make improvements at a cost of over R246 million, the equivalent of about US$23million]