The Australian Labor Party, according to current opinion polling, is facing a crushing defeat at the ballot box come the next Federal election. With a primary vote of only 27%, Labor’s looming annihilation could be on par with or worse than the recent historic defeats suffered in NSW [New South Wales] and Queensland. 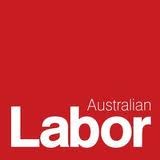 The government is racked by scandal and constant leadership rumblings. It is surrounded by enemies and under constant attack on all sides. It seems to be on many occasions only dangling by a thread. How has it come to this so soon after the victory of 2007 when Rudd swept all before him and delivered Howard’s head on a plate?

When Rudd came to power in December 2007, after eleven long years of repressive Liberal rule, there was a wave of enthusiasm for Labor and a hunger for real change. At last ordinary people believed that something was really going to change.

This massive wave of support however was soon squandered. The wheels began to fall off, when Rudd started to back down on many of his election promises, especially to control the rising costs of living for working class Australians.

Rudd had promised to take action on these bread and butter issues during the election and the working class took him at his word, only to be sorely disappointed by his backdowns and backflips on key election policies.

Rudd said he would stop price rises in groceries and petrol but introduced the meager and tokenistic, “Fuel Watch” and “Grocery Choice” schemes. They were supposed to control price rises by “monitoring and reporting” price changes. However, even these paltry and ineffective changes were ditched when the vested interests of the big grocery chains and petrol companies began to flex their muscles.

While The Global Financial Crisis did not hit Australia anywhere near as severely as Europe and the US, Australian workers still suffered an overall fall in income as wages were frozen and overtime and casual work were slashed. Many were and are still just about managing to keep their heads above water.

The lack of serious action on these bread and butter issues above all else undermined Rudd’s support amongst the working class and middle class supporters that Labor had mobilised to win victory in 2007.

Rudd’s dumping of his Emissions Trading Scheme (ETS) has been marked by the media as a pivotal point in Rudd’s decline. However, this backdown was merely the icing on the cake after a series of backdowns and a failure to address the rising cost of living for Rudd’s “Working Australians”.

When Rudd launched his “Super Profits [Mining] Tax” campaign most people especially the mining barons already knew Rudd was a windbag and a pushover. They knew from their ETS experience that the application of an appropriate amount of pressure via their paid hacks in the media and parliament would cause Labor to buckle.

With the government plunging in the polls, Labor tried the failed NSW trick of getting a new leader but keeping the old policies. It failed in NSW and has failed federally. Any desperate lunge back to Rudd or yet another new leader will not save Labor either.

Labor’s historic defeat at a State level in NSW and Queensland and the looming defeat at a Federal level call for a fundamental reassessment of Labor’s direction and policy.

To win back its lost support, Labor must again offer hope and the prospects of real change to the working class and middle class voters who have deserted it. This, however, would require Labor to strike out in a new direction. A direction based on the lessons learnt from the history of the Labor movement.

Real power in Australia resides with the banks, corporations, media and the billionaires. Even the mildest reforms proposed by Labor are ferociously opposed by this entrenched power of Capital. Instead they propose austerity, wage cuts and job losses. Labor must confront and defeat these powerful capitalist interests if it is ever to be able to address the real issues facing ordinary people.

Labor needs to look to its own Socialist Objective to find the answer to its way forward. This Objective was adopted by Labor in 1922 and calls for “the democratic socialisation of industry, production, distribution and exchange to the extent necessary to eliminate exploitation and other anti-social features in these fields”.

Only by nationalising the “commanding heights” of the economy can Labor seize control of the economic destiny of Australia. The Banks and the Major Corporations control and monopolise the vast majority of our economy. These businesses should be taken out of the hands of the greedy billionaires that now control them. Power should be delivered into the hands of democratically elected Boards of Management chosen from the workers, unions and the community.

Instead of the chaos of Capitalism that delivered us a boom but with crippling interest rates and next delivered us a bust with a worldwide crisis and mass unemployment we need a democratically planned economy. A planned economy could utilise Australia’s vast assets and wealth for the benefit of all and not just a few wealthy parasites.

Labor and the Unions mobilised hundreds of thousands of workers, many of them for the first time, in a mass campaign against the Liberals’ “Work Choices”. This campaign helped defeat the Liberal government and propelled Rudd into power.

This worker’s power could again be mobilised to defeat the reactionary plans the Capitalists and their representatives the Liberals want to inflict on us. This power could support the rolling out of a planned economy that could deliver real and immediate benefits to all Australians.

The economic crisis should be paid for by the capitalists, who have caused it in the first place. Labor should commit itself to no cuts to social spending and to defend the living and working conditions of the vast majority of society. This necessary change in Labor policies should be campaigned for by the ranks of the party and the trade unions.

We should be aware that such a change in policy could never be achieved without meeting a fierce resistance from the privileged few that hold the economy in their hands, so Labor activists and trade unionists should prepare themselves to fight back against each and every attack the capitalists are preparing.

By delivering real reforms and changing the lives of working class Australians, Labor would build a rock solid and widespread base of support in the Australian middle and working classes.

But in order to do so the Labor leaders have to break with the capitalists and rely upon the power of the organised working class. That power and support could and should be used to overcome all barriers placed before it.

We believe that in opposition or government Labor can fight to advance the cause of the working class, but in order to do so the Labor leaders have to change course. They have to choose whether to sacrifice the interests of the majority of society, or to tackle the privileges of those who have hugely benefited until now: the big corporations, the banks and the whole capitalist class. Let the bosses pay for their crisis!