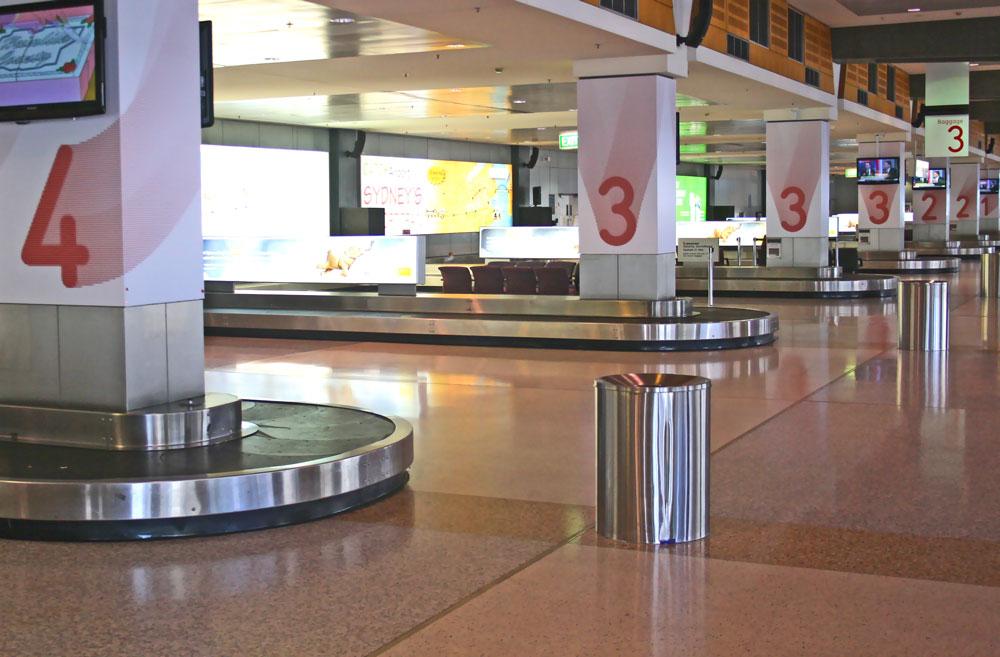 Facing an increasingly angry public backlash, the latest version of the industrial court used to decide labour disputes between the unions and bosses, the so-called “Fair Work Australia” court, stepped in and ordered the cessation of Qantas’ lockout of its workers and for the company to immediately resume flying.

The 2 day shut-down of all international and domestic Qantas flights seriously damaged the credibility of Qantas and cost it millions of dollars, but what now is the situation of the dispute and what implications does this have for the unions, the bosses and a sharpening of class conflict in Australia?

Leading up to the Lockout

The past months Qantas has been involved in contract negotiations with the 3 unions who are acting on behalf of workers in 3 sectors, the Australian and International Pilots Association (AIPA) who are not seeking a pay rise, but only that guarantees are made ensuring only Qantas pilots fly the Qantas planes, the Transport Workers Union (TWU) which is seeking a 5% wage increase for its members as well as better job security for casual staff; and the Australian Licensed Aircraft Engineers Association (ALAEA) which is seeking a 3% pay rise each year over the next 3 years and better job security.

Considering Qantas CEO Alan Joyce has just been given a 71% pay increase taking his total base wage without bonuses to A$5 million per year, as well as other senior management receiving huge salary increases, the demands made by the staff who actually conduct the core business of maintaining the planes and flying them is quite modest to say the least! Yet even these modest demands were too much for Qantas management!

There have been some rolling stoppages conducted by the Maintenance Engineers during this period, but no all-out strike action. However, Qantas management decided that's all they were prepared to take and decided to go on a counter-offensive. Reports are emerging suggesting that they have been planning this action for a number of weeks at least.

No warning in advance was given. It was simply announced via press conference at 5pm on Saturday that Qantas would cease all flights until further notice and as of Monday employees would be locked out without pay. Unsurprisingly, the lack of warning created enormous chaos as thousands of would-be travellers were stranded at airports around the globe.

If Qantas were hoping their union-bashing campaign would work then they certainly fell flat on their face. Very quickly a backlash against the decision exploded and the sight of Alan Joyce squirming in the media as he tried to justify his multi-million dollar pay rise whilst claiming the company would “go bankrupt” unless union demands were scuppered further antagonised the situation.

In the end the case was quickly referred to the FWA industrial court to make a decision and thereby save Qantas management from further public outrage.

As much as the capitalist media is spinning this as a victory for Qantas management, the dispute is far from over. The “Fair Work Australia” industrial court has ordered Qantas to resume operations, but written into its verdict is that Qantas and the 3 different Unions involved have 21 days to finalise a settlement of the dispute. Neither side can engage in any further action for the next 3 years according to the judgement.

If no agreement can be reached then the court can make decisions as to what will be written into the contracts. Needless to say, these industrial courts historically are no friends of the working classes and are pretty unlikely to accede to demands made by the unions.

The various mouthpieces for big business are crowing over this as a defeat for the Trade Unions.

Why so? Well although the dispute has reportedly cost Qantas A$120 million dollars directly and further millions to the wider Australian economy, Qantas’ share price increased by 6%. Elizabeth Knight of the Fairfax owned ‘Sydney Morning Herald’ stated bluntly the strategy of Qantas management:

“They took the view an outcome to the industrial dispute arbitrated by Fair Work Australia might mean some increase in pay for staff but the pilots and maintenance engineers would not get the job security they were seeking.

“Qantas was never going to agree to their demands because in the longer term it needs to restructure its workforce in a way that would push down pay levels.”

So effectively, they may have to pay out more in wages in the short term, but in the long term they are free to manoeuvre by significantly transferring its maintenance operations to cheap wage areas in Asia and weaken the pilots by opening up positions for lower paid pilots from New Zealand and its budget subsidiary carrier, Jetstar, leading to an overall decline in wages.

It should be understood that this is not some desperate last gamble by Qantas. This is an all-out attack and attempt to smash a section of unionised labour in Australia. It can therefore be likened to the attempts by the Howard Government to destroy the Dockworkers’ union, the MUA, in 1998 by Patrick Stevedores.

In the face of increasing international competition, companies such as Qantas are forced to maintain profitability by attacking the wages and conditions of its workforce.

This attack clearly shows the real face of the Australian capitalists. There is daily propaganda and hyperbole in the media about Australia being ‘outside’ the current crisis engulfing the rest of the world. This is certainly true in some sectors of the economy for the time being.

However, despite this supposed ‘rosy’ period we are in, the Australian capitalists cannot afford even modest concessions to the working classes and what gains that have been made in the past are being eroded in the form of increased casualisation, outsourcing and an increased work intensity.

The Labor Government under Gillard is now falling all over itself to create distance between it and the Qantas dispute. The widespread anger against the actions of Qantas has antagonised a large section of the population. There are now all sorts of claims and counter-claims being made in the media as to who knew what in the lead up to the lockout.

Irrespective as to who was privy to what plans, this is yet another dismal performance by the Labor leadership. As the dispute dragged on, Gillard made no real statement on the matter and at a time when the capitalists have instigated an all-out attack, all efforts are made to kow-tow to the bosses and channel the dispute through the industrial ‘Fair Work Australia’ court, which it seeks to portray as some sort of ‘independent’ referee.

Trade Unions must turn and fight!

The Australian ruling class has shown its hand and as the world crisis intensifies and the economy in Australia is drawn into this, the working classes will be further under attack.

Despite all the blathering in the media about the legal technicalities of any FWA ruling, the whole history of the labour movement has shown that it doesn’t matter how restrictive the laws are, or what rulings have been made, they are not worth the paper they are written on once the workers move into action. Time and again restrictive laws relating to Trade Union activity have been defeated, but it requires a bold leadership with clear policies to carry this out.

The ruling class is watching this situation very closely as they seek to sharpen their weapons for the confrontations that will emerge in the coming period. There have been significant mobilisations over the past few years initially with the Work Choices demonstrations.

What is necessary is a clear leadership with a clear understanding of the present period. Capitalism has entered into a crisis that is engulfing the world. Australia cannot escape this and at some point will be drawn into it. The Qantas dispute is a sign of things to come.

There is no way out under the current policy of class collaboration and compromise. Only a Marxist leadership with a clear goal for the Socialist transformation of society can lead the working classes out of the endless nightmare that the capitalists have lead us into.  Just as the Capitalists are preparing themselves for the battles ahead, so must we.