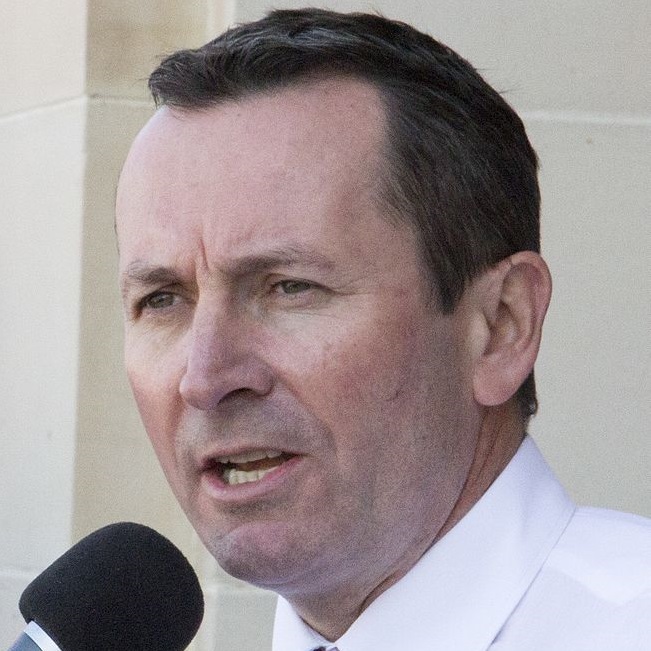 On Saturday, eight and half years of Liberal/National coalition rule came to an end in Western Australia with the landslide election of a Labor government. Labor won 42.6%, an increase of over 9% on its previous vote, while the Liberals won 31.6%, losing 15.5% on its previous result. Labor are on track to win 41 seats out of 59 in the legislative assembly (lower house) and be the biggest party in the senate (upper house) once all preference votes are counted.

At least four Lib coalition cabinet members also lost their seats. This is one of the biggest political upsets in Western Australia's history with a swing from Liberals to Labor of 16%. This is a remarkable turnaround for Labor who had 21 seat prior to the election.

The big issues in the election were growing unemployment, privatisation and a stagnant faltering economy and Coalition austerity. In the recent past Western Australia's economy had been one of the country's economic power houses due the mining boom. However, with the slowdown in the Chinese economy this has turned into its opposite. Added to this is the recent announcement of the Federal Liberal Coalition government's position of supporting Fair Work Australia's recommendation to remove penal rates for retail workers and other low paid workers, correctly opposed by the Labor Party. As well as this, there are the Coalition's real cuts to public services such as Medicare and welfare provision for such things as pensions.

Pauline Hanson's One Nation (Australia's equivalent of UKIP), fortunately, did badly on election night. One Nation is a racist bigoted populist party that attracts the more backward layers towards it who are generally fed up with career politicians empty promises. The Liberal / One Nation preference vote deal agreed in the run up to polling day was politically poisonous for both parties. It no doubt boosted Labor's victory with a significant number of Liberal voters being disgusted with such a proposition and One Nation voters seeing at as selling out to an establishment party. One Nation polling went down from 13 % to 4.7% at the actual poll. Added to this was the open infighting in One Nation in the run up to the election turning off their potential voters. ACTU also exposed Hanson's sham of "supporting workers" by publishing her voting record in the Federal Senate which supports the Liberal / Coalition government policy leaving no doubt where Hanson stands politically.

We can expect the Labor Premier Elect McGowan to halt the privatisation of state owned Western Power and the Port of Freemantle as part of Labor's election promise. This will be part of Labor's honeymoon period as privatisation is unpopular. However, stopping proposed privatisations is one thing, solving the wider problems is something else. The new Labor government would have to go much further than this.

Unfortunately, however, McGowan is already distancing himself from the trade unions that worked hard to get the Labor government elected. McGowan is now saying he is premier for “all Western Australians”. This is shorthand to say he is a safe pair of hands for capitalism.

The WA Labor government now has two choices before it: either to bend the knee to capitalism and carry out the logic of capitalism in crisis, i.e. austerity with attacks on workers’ living standards, or to carry out and advocate for a socialist program, including the nationalisation of key sectors of the Western Australian economy and the wider Australian economy under workers' control and management as well as a program of useful public works whilst appealing for support from the Australian working class and the working class internationally.

Unless it adopts such a clear socialist manifesto, with a determination to carry it out, the Labor Party is paving the way for its own future demise. Now its leaders are riding high, but in the future we could be seeing the return of a right-wing government, even one with an emboldened One Nation, as workers will inevitably become disillusioned once it becomes clear to them that with this leadership the Labor Government will be forced to carry out austerity and discredit the left in the process. The Western Australian labour and trade union movement has campaigned to get a WA Labor government. Now they must hold it to account and fight for socialist policies to be implemented.

The divisions that have opened up and the factional infighting within the Federal Coalition government is exposing to the masses what they really stand for and who they really represent, as various factions argue over how to take Australian capitalism forward. All the various factions that make up the Federal Coalition are in favour of attacking the working class with some, like the deposed former Prime Minister Abbott, wanting to declare an offensive against the working class openly, while others thinking that they should proceed more cautiously.

Both of these positions mean a heightening of the class struggle in Australia and what the WA Labor victory shows is that we are at the beginning of a process of a deepening of class polarisation. The choice before the Labor Party is either a socialist programme or capitalist austerity, both at the State/Territories and Federal levels. A repeat of the Rudd/Gillard/Rudd Federal Labor government would be a travesty. The Labor Party needs a complete rethink. If it continues with the present trend, it can win elections but it will not be able to tackle the problems working people are voting them in to deal with. In order to meet the aspirations of its own electorate, the Labor Party must put an end once and for all to any talk of continued austerity. For this to happen, the old Blairite right wing has to go. And for that to happen, what is required is first a move from the rank and file, such as that seen around Corbyn, and then a concerted effort to change the leadership.

The WA vote shows that Australian workers are fed up with all the austerity. There is ferment within the working class. At this stage this is being expressed in the vote for Labor. That is a first step, but it will go far beyond this, once the workers realise that unless the Labor leaders break with capitalism, they will get more of the same. In the meantime, all thinking socialists in Australia need to prepare themselves for the coming period. The abysmal result of the Socialist Alliance with its 0.1% show that the idea of simply declaring “the alternative to Labor” is completely out of tune with the way the Australian workers are moving. While defending an openly Marxist and revolutionary perspective it is possible to dialogue with the mass of workers who still look to Labor at the present moment.

In the past period Australia was riding on the back of Chinese growth. The next period will be very different. It will be one of radicalisation, especially of the youth. As Labor is catapulted back into government by the workers, a new process will begin. A Marxist tendency can be built in these conditions, which can become a focal point for the radicalised youth and workers. Help us build it!