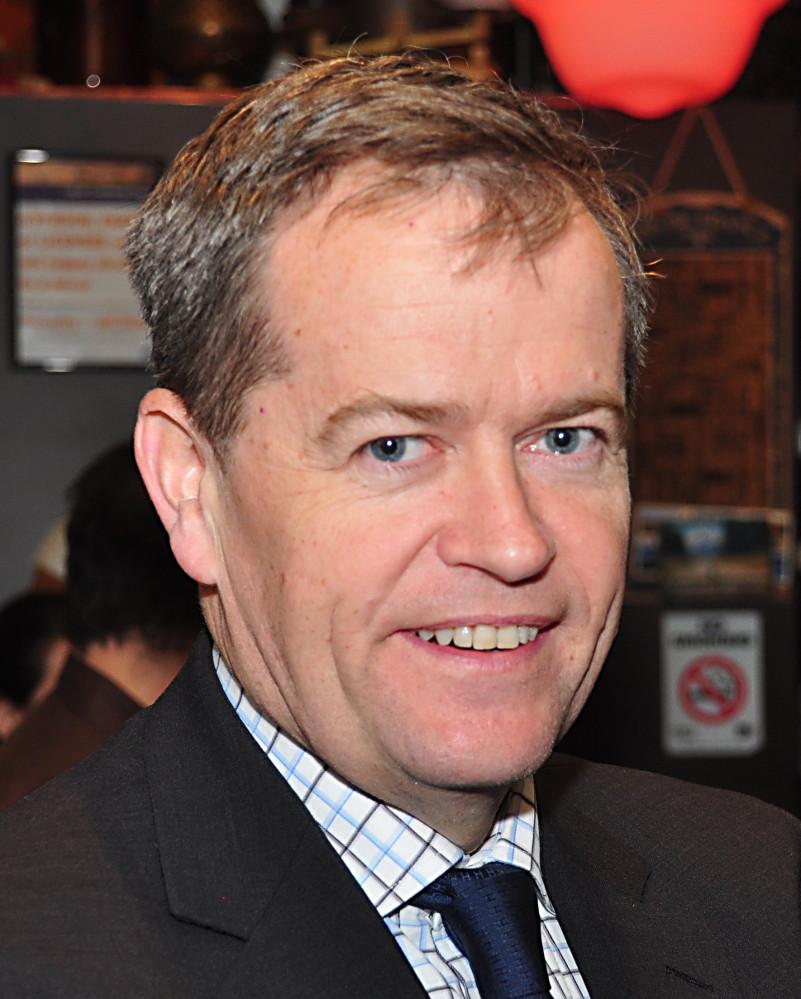 The recent crushing defeat of the Australian Labor Party (ALP) in the Federal Election and the election of a viciously right-wing Liberal-National Coalition government has opened up a period of soul-searching in the Australian labor movement.

Almost as soon as the results were announced and Kevin Rudd resigned as party leader, the well-oiled machinery of the Labor Party bureaucracy moved into operation to ensure a clean succession to their favoured candidate, Bill Shorten. Rather than seeing the real cause of Labor’s defeat in six years of enacting right-wing policies, senior Labor figures appeared in the media to announce that the cause of the defeat was “disunity”. The obvious conclusion of this analysis is that the ranks of the ALP should unite behind their man.

However, as we have argued in a previous article [Australia: Liberal-National coalition wins government – Labor’s vote at lowest in over 100 years! ] while the ALP did present a chaotic and disunited spectacle, this disunity was a consequence of deeper problems. One clue to the underlying problems is the massive upsurge in support for fringe parties such as the Palmer United Palmer run by eccentric mining billionaire Clive Palmer. The Greens who up until now had been a major recipient of protest votes were punished by voters who now see them as part of the mainstream. If we add to this the large number of voters who preferred to risk a fine rather than voting for any party (2.7 million); the almost as large number of mostly young voters who did not register (1.7million) and the high number of informal (spoiled) ballots (700,000) a picture emerges of an Australian electorate very distant from the mainstream parties.

The first campaign for Obama shows that large numbers of such voters can be mobilised even behind a demagogic and superficial corporate politician who is capable of tapping into their disenchantment and desire for change. Many of the same elements appeared in the Kevin 07 election campaign where voters angry at the Howard government’s attack on workers’ rights enthusiastically swung behind Kevin Rudd.

This enthusiasm quickly disappeared as Rudd showed his true colours as a pro-capitalist politician. Over the last six years the ALP bureaucracy have had the appearance of seismologists quivering in panic at the slightest variation in the poll results, jettisoning policy and leader whenever the public mood, heavily filtered through the lenses of the Murdoch press, appeared to shift. Instead of offering a bold vision for working Australians, the ALP leaders have attempted to portray themselves as fiscal conservatives who can do a better job of managing capitalism than the capitalists themselves. As the catastrophic results of 7th September show, no one believed them.

Hegel once remarked that necessity expresses itself through accident. What has prevented a smooth leadership transition to another union bureaucrat from the right wing has been a series of changes to the ALP rulebook introduced almost entirely as result of the narcissism of one man, former Prime Minister, Kevin Rudd. These rule changes forced through in a special conference immediately after his re-appointment as party leader were intended to prevent another leadership spill. For the first time, however, they mean that rank and file party members have a say in the election of the party leader. 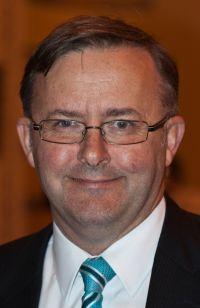 Anthony Albanese. Photo: Toby HudsonInto this breach comes Anthony Albanese. Albanese has something of a reputation as a Left, garnered primarily from his days in student politics at the University of Sydney. He concluded his maiden speech in parliament with the following words, “For myself, I will be satisfied if I can be remembered as someone who will stand up for the interests of my electorate, for working class people, for the labour movement, and for our progressive advancement as a nation into the next century.” [*] Since then, however, Albanese has been part of the leadership team that delivered the electoral disaster last month and his ideas are somewhat less radical than they were in his younger days.

Albanese, however, does have something of a public profile, appearing regularly on youth orientated TV shows such as Rage and typical of these so-called Lefts, he espouses progressive causes such as marriage equality. In government, however, when it came to concrete economic policies he did little to distinguish himself from the “neo-liberalism” of either Rudd or Gillard. In other words, Albanese is a typical product of the ALP’s so-called ‘left’ faction, be radical on civil rights but conservative on the concrete bread and butter issues that affect working people!

For the benefit of readers outside Australia the division between ‘left’ and ‘right’ factions within the party has very little to do with a commitment to socialism or even left reformism. Rather it is a division between those who come from a trade union background and tend to espouse economic protectionism and a socially conservative agenda and those who come from student politics and defend a range of “progressive” social causes while at the same time advocating economic liberalisation, i.e. capitalist policies. Furthermore, even these formal differences are rather superficial as individuals can move between factions much as one changes shirts on a hot Australian summer’s day.

One issue that is particularly relevant to the current election is the question of the trade union links. The slogan of giving individual members more say in the election of party leader is connected to the broader question of links to the trades unions. Many on the left favour a weakening of the power of the trade unions within the party. Why is this? Given the relative lull in industrial action over the last two decades the trade union bureaucracy has become a dead weight. In fact, some of the most reactionary and downright criminal individuals in Australian society can be found in the trade union leadership as can be seen from the spate of recent scandals involving senior trade unionists. And this conservative trade union bureaucracy has been a pillar of the right-wing leadership of the ALP.

However, it is wrong to argue for a break in the trade union link to the ALP, although it may appear to be very “radical” on the surface. It is not by chance, for instance, that in the UK the ruling class is constantly demanding the Labour Party breaks with the unions! We have to understand that in the coming period, as the Coalition government follows the promptings of its corporate paymasters and launches attacks on the living standards and conditions of workers, the trade unions are going to be shaken from top to bottom. Layer after layer will be radicalised and inevitably this will first find an expression in a shift to the left within the trade unions and this in turn at a later stage will feed into the ALP.

The trade unions, that in times of relative lull can be a bulwark of the right wing of the party, inevitably start to come under the pressure of the rank and file as the workers are forced to fight back as the crisis of capitalism deepens. This leads to a struggle for a militant leadership which pushes the unions to the left. And as the unions are organically linked to Labor, the ALP will also come under this pressure and a genuine left wing will emerge. Marxists and socialists should therefore defend the links while arguing for radical democratisation of union structures and the processes whereby affiliated unions influence ALP policy. Those who argue for a break in the link between Labor and the unions do so because they cannot see this perspective.

It is tempting to seek shortcuts and for many the campaign to elect Albanese has stirred up quite a bit of enthusiasm in the ranks of the party. Marxists need to take stock at this point and determine how we stand. The first point to be made is that Marxist theory represents the collective experience of the workers’ movement and we have been here many times before, in Australia and elsewhere. Harold Wilson, leader of the Labour Party in Britain in the 1960s through to the mid-1970s, once said that a left-wing manifesto is like a railway platform, “it is useful to get you on the train but you don’t take it with you” and this is even truer of party leadership contests than it is of parliamentary elections.

It is not the job of Marxists to act as cheerleaders to any particular candidate. The difference in policy between the two is minimal. It is more a question of what the ranks of Labor perceive Albanese to be, rather than him being a genuine left. We have to understand that a turn to the left in the labour movement will come on the basis of the coming struggles and while it will re-awaken the enthusiasm of many who are currently disenchanted, most of the forces of the new left will come from layers of young workers who are currently not part of the movement, some of whom may even be supporting the Palmer United Party at the moment.

Although Albanese seems to be lagging behind in the parliamentary caucus, i.e. among the ALP MPs, he probably has majority support in the party rank and file and it is quite possible that he could win the ballot. A victory for Albanese would represent a defeat for the right-wing party apparatus, but we should not foster illusions in him. From the very first day of election he will come under pressure from the ruling class and its hired lackeys in the media to make himself “electable”, i.e. to demonstrate that he represents no threat to capitalism. Whatever Albanese’s intentions may be now, without a socialist program and mass support he will quickly buckle under the pressure and move to the right. This will no doubt lead to disillusionment and anger among the rank and file of the ALP and among advanced workers and youth.

It is the task of Marxists to patiently and fraternally explain all this to the best ALP activists and, more importantly, to the workers and youth who are not in the Labor Party today. On that basis we will be able to draw to the banner of Marxism all the new layers that will be drawn into struggle in the coming period. On that basis a genuine Marxist tendency could be built within the Australian labor movement.