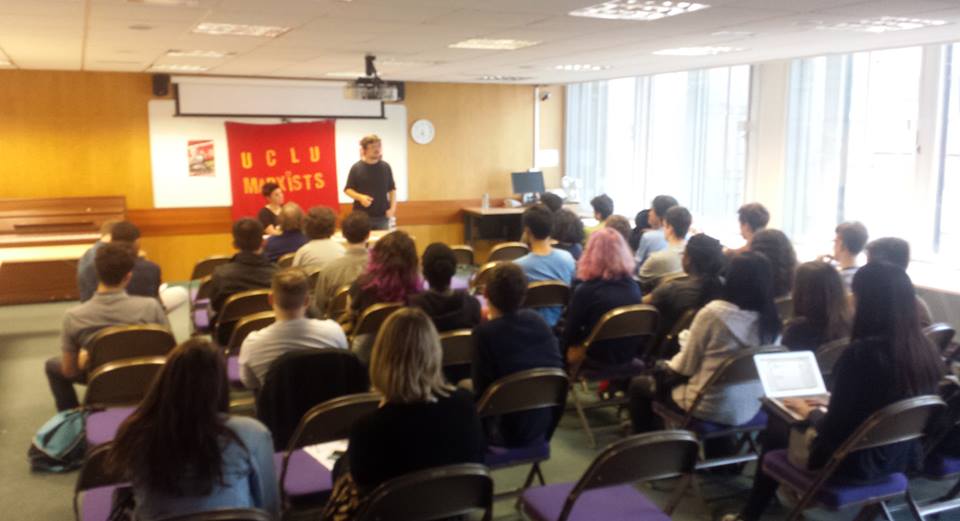 Ben Peck speaks on the phenomenon of Jeremy Corbyn and the state of the class struggle in Britain.

The election of Jeremy Corbyn as Labour leader has transformed the situation in Britain.Corbyn's election is part of the same process that has given rise to PODEMOS in Spain, Syriza in Greece and the SNP in Scotland. It is a symptom of the capitalist crisis that has been undermining the old political structures that the establishment have come to rest upon. The reaction of the ruling class has been one of hysteria, as testified to by the daily attacks against Corbyn in the bourgeois media.

The question on everyone's lips is: what will Corbyn do? How can he turn the mass expectation generated during his election campaign into a Labour Party prepared to fight in the interests of the working class? Ben Peck, of the International Marxist Tendency, spoke to a post-Freshers' meeting of the UCLU Marxist Society on Sunday, October 4th, on this important question.