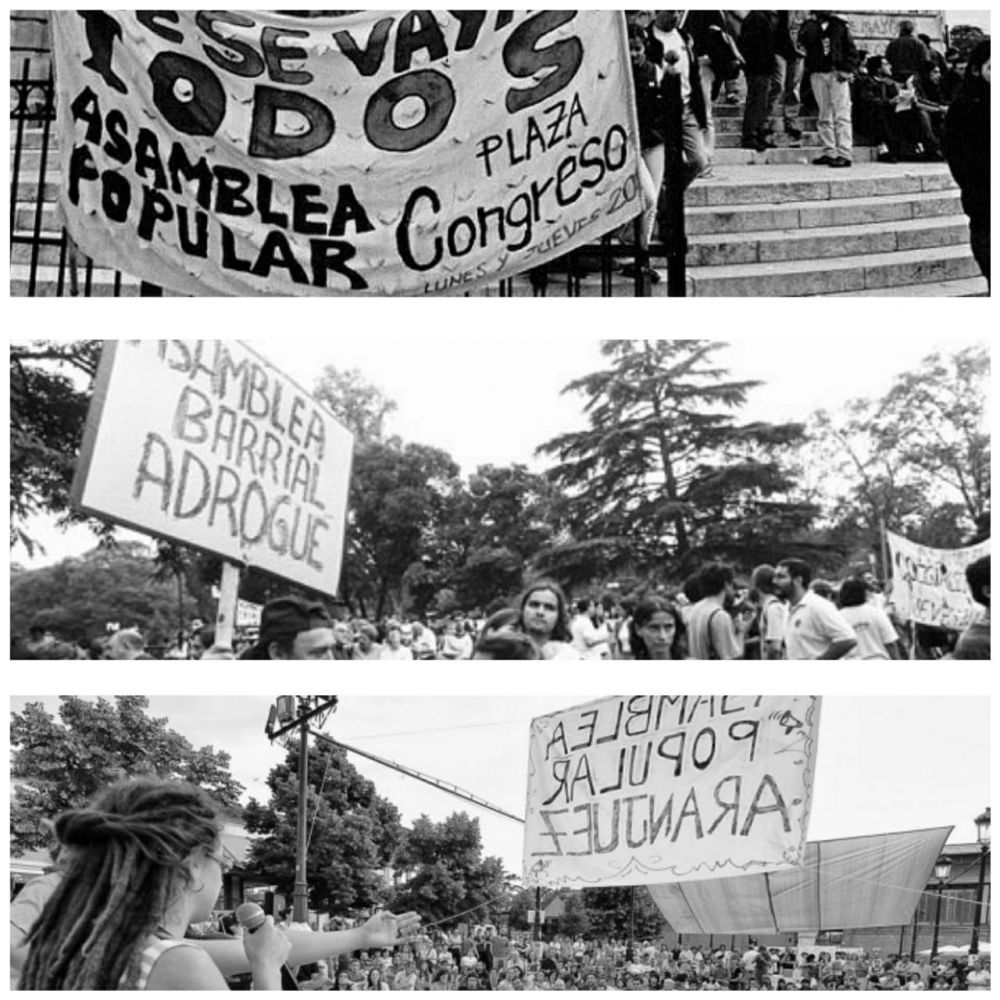 The political life cycle of Macri’s government seems to be over. It only remains to be seen how it will all end.

The nature of the current situation is one of uncertainty for the political regime of the country. This means that (bar unforeseeable developments), the fact is that the October elections are too far away. Furthermore, there are no decisive signs that Macri will manage to reach 10 December, which clearly shows the volatility of the situation.

The political tsunami that resulted in the overwhelming electoral defeat in the primary elections has put the government against the ropes, having lost its legitimacy and authority when there are still two months left before the presidential elections and four months before any change of command.

The measures that Macrismo has been promoting over these past few days as a way to reverse the coup resemble a firefighter trying to put out a forest fire with a bucket of water.

There is only one reason why Macri remains in power, and this is the explicit support provided by Frente de Todos (Kirchner´s party) as the guarantor of political stability. The main concern of the entire political establishment is that the integrity of official institutions is maintained. If something has been learned to perfection from the Argentinazo in December 2001 [a nationwide spontaneous protest against the entire establishment], it is that an institutional breakdown resulting from mass pressure entails great risk. Once the masses prove their strength in the heat of events, and organise themselves to go further, they represent a direct threat to the state, which is pressured, by the force from below, to grant concessions in order to restore control and order. Once the masses have begun to move it is very difficult to stop them.

In this crusade, all political forces are performing a juggling act to avoid a mass outburst in the face of deepening hunger, misery and impoverishment that the recent 25 percent devaluation of salaries brought about. This measure had the endorsement of Macri (who let the peso fall to $66 to the US dollar as political revenge on the Monday after the election) and Frente de Todos (which agreed to 60 pesos to the dollar).

Argentina's crisis is part of the global capitalist crisis that continues to move steadily towards a new world recession. Recent data from Germany indicates that the engine of European capitalism is stopping, which pushes down an already very deteriorated world economy. To this we add that Brazil´s economy fell by 0.13 percent in the second quarter, has already accumulated two negative quarters and expects a third quarter to be equal or worse. Therefore, it is technically in a recession.

The Argentine economy, meanwhile, is a time bomb. Debt levels show a seldom seen a crisis as severe as this. At the time of writing, the bonds on the Argentine debt fell to 9 percent and the country’s risk skyrocketed 14 percent, to 1,897 percentage points.

The scenario we have before us is clear. The elections did not fix anything nor will they fix anything since the crisis is systemic. 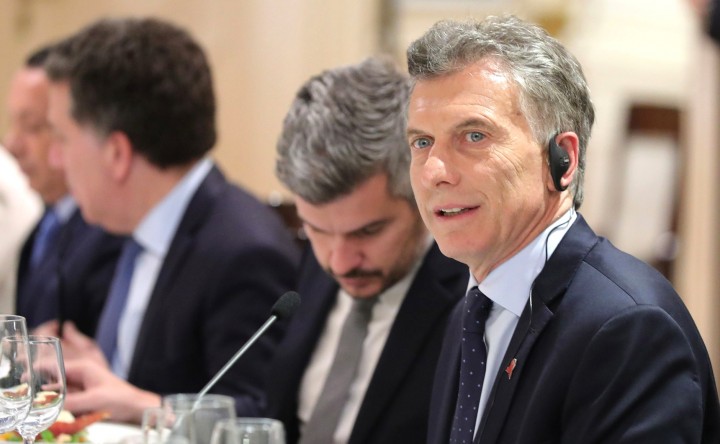 Macri is finally running out of road. But a change of regime won't fix the systemic capitalist crisis / Image: PoR

The political regime understands this and hence it is reviving the old idea of a "national pact" or "great political agreement", while speaking of "national unity" and saying that it is time to for us to "all come together." What they are looking for is a way to deepen the agreement that is already underway to safeguard the general interests of the system.

All the current options being discussed by the presidency agree on the need for cuts. What they are really discussing is the way to carry these cuts forward and how fast to implement them.

It is known that, when we are told that we all have to make an effort to tighten our belts, what they are telling us is that the crisis is going to be paid by those at the bottom.

In the case of governing Frente de Todos, it will only be able to temporarily avert certain aspects of the crisis. But the magnitude of it is such that this relative improvement will quickly be absorbed by economic instability, and the need to progress with the cuts that will be required for renegotiation with the IMF. The whole political system is in crisis.

The malaise of the masses grows day by day. These factors have resulted in a full-blown conflict against Macri’s cuts, the governors and the IMF during all these years. On this occasion, the masses have used the elections as a way to attack the government, using Frente de Todos pragmatically to block a new mandate for Cambiemos (Macri’s party).

It is logical that this has happened, because of the high level of polarisation that has developed in Argentine society and also because large sections of the masses still see a way out of the crisis arising from Cristina Fernández de Kirchner in the absence of a viable left alternative. But this massive vote does not translate into full support. While there are sections of the masses that adhere fervently to the figure of Kirchner, there are also sections that have voted reluctantly, knowing there to be no other alternatives in this polarised situation. Without a doubt, for the ones and twos, this new period that is opening up will represent a political school from which they can draw important conclusions.

It is known that you cannot get along with both God and the devil. The great profits of the capitalists cannot be guaranteed, while at the same time appeasing social demands within the framework of an economy on the brink of collapse. Sooner or later a maximum limit is imposed: either the crisis is paid by the businessmen, bankers and landowners; or by the workers, students, and the poor masses.

In other words, there is no future possible under capitalism.

What is to be done now?

The contradictions that exist in the current political situation are highly explosive, and for this we must prepare.

We believe that it is a fundamental task of the left to overhaul its electoral campaign and focus on organising those who want to fight today, here and now, to curb Macri’s cuts.

Taking the example of the workers and students of Chubut, where over the weekend protests were carried out in several cities, such as Esquel, Trelew-Rawson, Sarmiento and Comodoro Rivadavia, against the cuts of Governor Mariano Arcioni, of the provincial party Chubut Somos Todos allied with Frente de Todos.

We have to help organise their anger and put forward the slogan: it is not Macri, it is capitalism!

We must patiently explain that defeating the cuts means defeating capitalism. 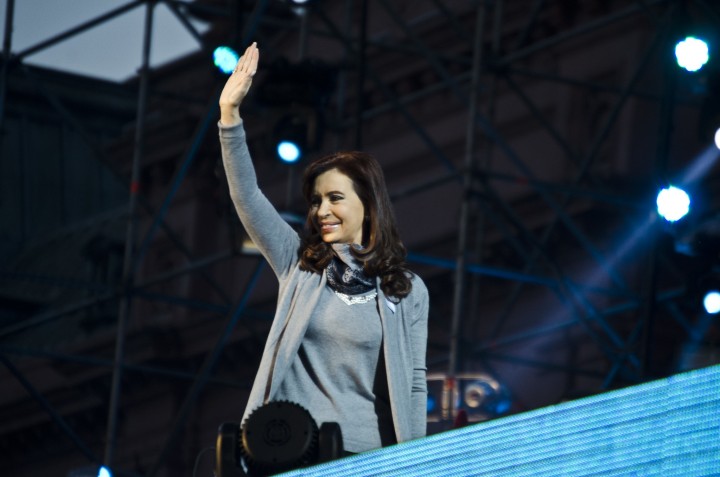 The masses have used the elections as a way to attack the government, but this doesn't imply total support for Kirchner / Image: Flickr, Secretaría de Cultura de la Nación

Although the leading organisations of the masses, both trade unions and political parties, are calling on us to "wait for October and December" it is also true that their base is accumulating more and more anger. So what is needed is to make a call to build assemblies in neighbourhoods, trade unions, factories, universities, etc.

They must resume the assemblies, as in 2001, convening them in the workplaces with the tradition of combative trade unionism, and with the perspective that the movement should be escalated to popular assemblies, where a common action plan is discussed using direct democracy, and as a united front, to face the crisis.

This is the role that all groups must play. Frente de Izquierda y Trabajadores-Unida (Workers’ and Left United Front party) and the whole of the left must draw strength from combative trade unionism, social movements and university groups. With this intervention, these groups can become a formidable lever to call for the organisation of workers and the masses to discuss a plan of struggle, with the perspective of convening a national congress of popular assemblies, factory and neighbourhood committees composed of their representatives.

Legislators in Congress must clearly state the fraud of bourgeois democracy and contribute to organising popular anger by favouring the united front. These are the urgent tasks ahead for the leadership of the left, linked to the need to set up a revolutionary party that is in a position to challenge for power and move towards a workers’ government.