Since the beginning of 2018, the Argentinian peso has fallen 30 percent against the dollar, reaching 25 pesos per dollar. The severity of the crisis has forced the government to raise interest rates to 40 percent. Seeing that this didn’t help, the government has taken steps to ask the IMF for a multi-billion-dollar loan to prop up the faltering economy. Seemingly coming like lightning from a clear blue sky, what this pending disaster really reveals is the fragile state of the Argentinian and world economy.

In the wake of the 2008 financial crisis, as a desperate measure to avert a collapse of the economy, the US and western governments embarked on a massive programme of quantitative easing – or in plain language, printing money – with the US central bank more than quadrupling the size of its balance sheet to $4.5tn. In addition to this, the central bank reduced interest rates to 0.25 percent in December of 2008. This, according to Business Insider, was the lowest level for 5000 years!

However, the extra money pumped into the system was not invested in the real economy. If there is already overcapacity in the system, then why invest your money in increasing production? Indeed, in the aftermath of the crisis, capacity utilisation – the ratio of actual output against the potential output that could be produced if all the productive forces were used to their full extent – fell from 81 percent in January 2008 to 67 percent in June 2009. Additionally, investment rates as a whole in the EU and US from 2008 fell to below 20 percent of GDP, which is the lowest level since at least the ‘60s. Clearly, investment was not being directed to productive outlets because the poor state of the economy meant less profit could be made in these areas.

Instead, this flow of money was channelled into speculative trade, which resulted in a number of bubbles forming in various areas of the economy. One of these was the stock markets. The Dow Jones, for example, was at 15,015.98 in January 2008. This fell to a low of 8,341.32 in February 2009 but, with the impact of quantitative easing, this figure shot up to 26,437.03 in January 2018, which is the highest for over 100 years. This money was also directed towards property, and housing bubbles have formed in many cities. In London, for example, the average price of a house was around £250,000 in 2009. In January 2018, however, this had leapt up to around £479,000. All of this without any real increase in production or wages. 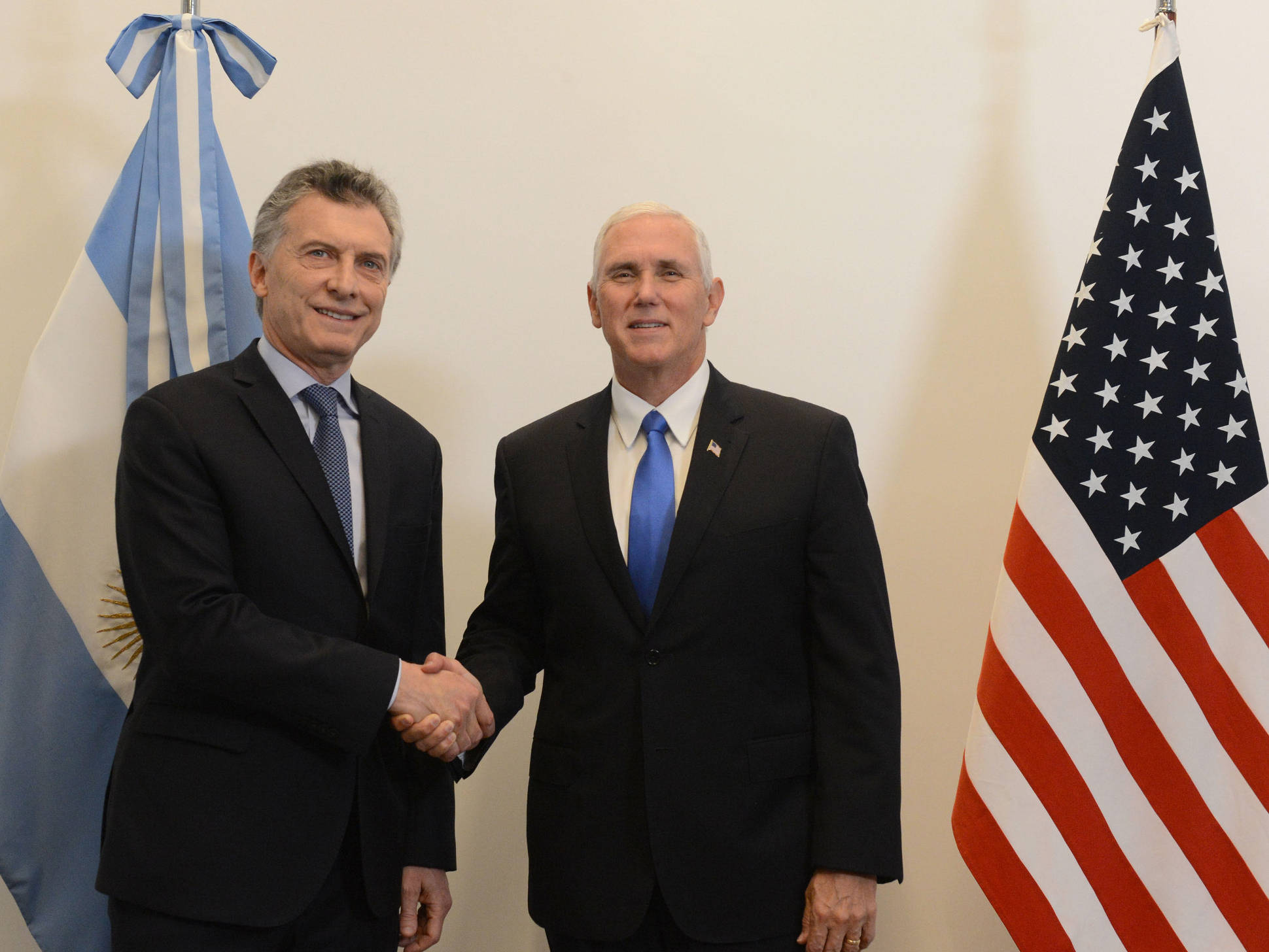 Another area where this money was used was in so-called carry trades. What this means is that an international speculator could borrow at lower interest rates in one currency to invest at higher rates in another. This was certainly seen in Argentina. In June 2017, the Argentine state was able to issue a 100-year bond of $2.75bn USD and in 2016. Foreign Direct Investment amounted to 16.2 percent of GDP. Countries such as Argentina and other so-called emerging markets became dependent on the flow of foreign investments to avoid the crisis.

With the loose monetary policy of the US meaning lots of easy credit was floating around the system, this was possible. In fact, the easy credit meant that, from the point of view of the capitalists, it actually made bad business sense not to borrow money to use for speculation. Meanwhile, governments such as the Marcri administration in Argentina also became dependent on cheap international credit. Argentina’s budget deficit in 2015 stood at 5.4 percent of GDP, and external debt as a percentage of GDP in Argentina increased from 25.5 percent in 2013 to 36.7 percent in 2017.

However, the availability of cheap credit was never going to last forever and, in October 2014, the Fed announced they would halt quantitative easing. In addition to this fiscal tightening, the US central bank increased interest rates three times in 2017, and then up to 1.75 percent in March 2018. These are still historically low rates, but they reflect the danger of ‘overheating’, i.e. the uncontrollable collapse of the bubble created by these loose monetary policies.

This made the ‘risky bet’ of Argentina a far less attractive prospect for the speculators. At the same time, these policies have led to a strengthening of the dollar, which has made it much more difficult for the Argentine state to pay back its foreign debt. We therefore saw the widespread sell-off of the Argentine peso in favour of the US dollar. In the first four months of 2018 the peso fell 10 percent, and this catastrophic fall forced the Argentine central bank’s hand. Four months after reducing interest rates and relaxing their inflation targets – a move originally made to try and stimulate some growth – the bank then increased the rate to 30.25 percent in April 2018. Nonetheless, despite the intervention, the peso continued to fall, which forced two further rate rises: up to 33.25 percent one week later, and up to 40 percent the day after that! In addition to this, the bank burned up more than $6bn USD in foreign reserves in less than a month in a desperate attempt to defend the peso. Despite this, the peso continued to plummet.

What the crisis really represents is the deep organic crisis of Argentine capitalism, which has been kept afloat artificially by the aforementioned measures. The big capitalists are now demanding that the Macri government address this, not by investing in infrastructure and modern industry, but by increasing the exploitation of the working class. Simon Quijano-Evans, a strategist at Legal & General Management, for example, demanded “a radical tightening in fiscal policy in order to stabilise the situation, and that includes cutting wage hikes in order to fight inflation.”

It was in the context of the lack of confidence among investors that Macri turned to the International Monetary Fund (IMF) for support. The IMF’s Christine Lagarde was gushing in her praise for Macri’s government, which had “been conscious of the need to build and maintain social consensus in calibrating the pace of their reform efforts”, making sure that they are “protecting society’s most vulnerable”.

These kind words will come as news to the Argentinian working class. Macri’s has already slashed pensions by $5.6bn USD; cut corporation tax from 35 to 25 percent; increased the retirement age to 70 for both men and women (from 60 for women and 65 for men); reduced fuel subsidies, leading to a 500 percent increase in electricity and 300 percent increase in gas prices in some areas in 2017; and sacked huge numbers of people in the public sector, to name but a few ‘reforms’.

This, however, is not enough for the ruling class. Indeed, Macri’s programme has been labelled as ‘gradualist’, because of the ‘slow pace’ of the counter-reforms. Moreover, despite what Lagarde said, in reality, the IMF had already been demanding a “decrease in public spending” and privatisation to “increase productivity” alongside “reducing public employment” before the crisis even began.

It is not surprising, therefore, that Argentinian workers know very well what the IMF means. “They are the bad guys, although Macri isn’t much better”, said Santiago Suarez at an angry protest of thousands against austerity and the IMF in Buenos Aires on 9 May. Another decried the fact that Argentina had become “a colony again”. The IMF is a dirty word in Argentina. The crisis of 2001, which caused the unemployment rate to shoot up to 20 percent, a run on the banks, millions driven to poverty, and the peso to lose around 70 percent of its value is rightly blamed on the Fund’s meddling. This explains why, a recent poll showed around three-quarters of Argentinians oppose taking money from the Fund.

Macri’s counter-reforms have already radicalised many working-class and young people, and a push towards increasing the pace will only accelerate this process. The working class as a whole learns through their own experience and, after Macri narrowly came to power promising to gradually reform Argentina towards ‘normality’, Argentinians have experienced only crisis, declining living standards, and the return to the hated IMF. This has meant Macri’s approval ratings have sunk like a stone: from 63 percent in December to 40 percent.

A crisis of Argentine and world economy

Moreover, this is not a problem that can be fixed merely by more intelligent leadership. The fact is that the weak boom in the economy is coming to an end and all the underlying contradictions of Argentine capitalism are coming to the surface. These are the same contradictions that existed during the 2008 crisis, but they were covered up by the loose monetary policy that the ruling class pursued. But all of the extra credit that they pumped into the system has only postponed and exacerbated the final outcome. Argentina is heading towards a crisis, the choice is only who will pay for it, the ruling class or the workers and poor? Macri is now coming under huge pressure to abandon his ‘gradualism’, and ramp-up his attacks on the working class in order to save the ruling class. But all of this is setting the stage for a massive explosion of the class struggle in the next period. 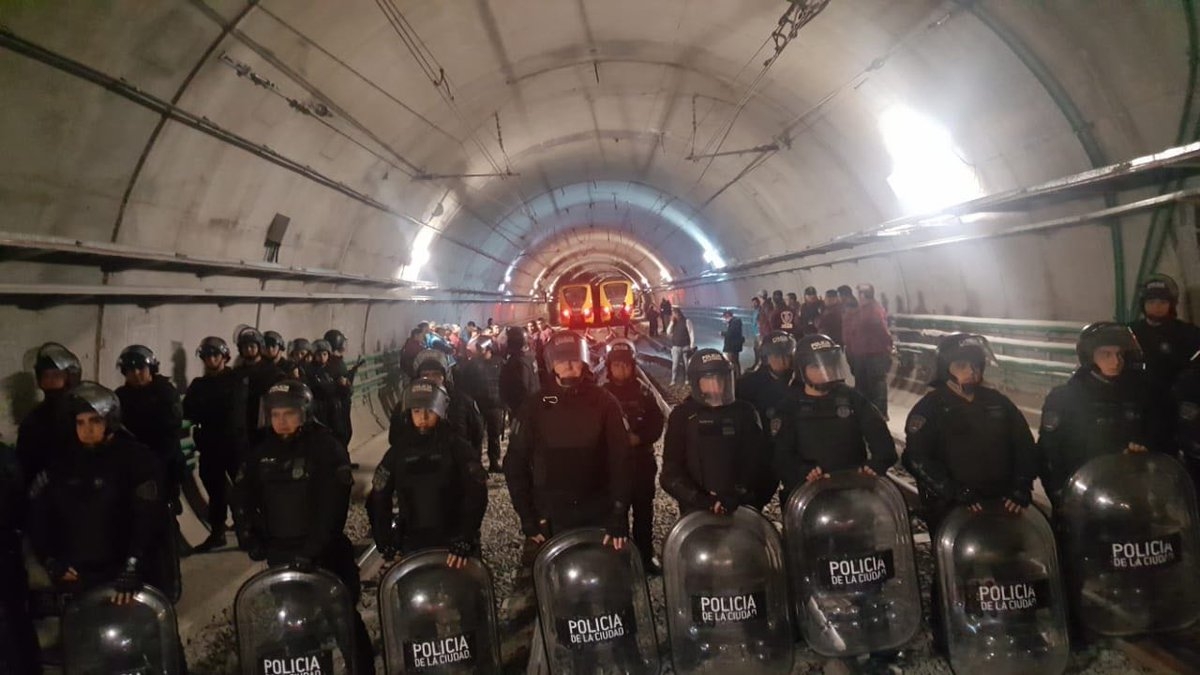 The crisis is setting the stage for an explosion of the class struggle in the next period / Image: Lucha de Clases

The recent experience of Argentina is not unique, but part of a global process. David Lubin, an analyst for Citi Research, pointed out that “further dollar appreciation might be the most likely trigger for [contagion] to materialize”. As the dollar continues to rise, this is increasing pressures on the weak economies, such as the so-called emerging markets. On Monday 21 May, the dollar was up 1.3 percent against the Turkish lira and 0.7 percent against the South African rand. The same process can be seen in Brazil, Russia and many more countries, though to a lesser extent. Countries such as Turkey, India and Indonesia are extremely fragile faced with a strengthened dollar and rising western interest rates. But these countries are merely the weakest links in a world economy ridden with unresolved contradictions. None of the factors that led to the 2008 crash have been solved, on the contrary, they have been exacerbated by trillions of Dollars, Euros and Renminbi which were pumped into the system in order to avert immediate collapse. A deep crisis in any one of these weak links could send the whole world economy tumbling, opening up a new period of crisis and intense class struggle throughout the world.