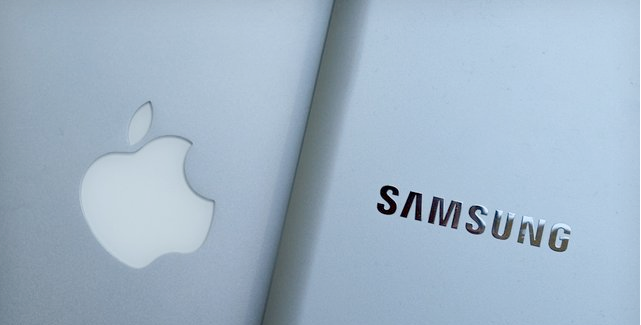 On the 24th August 2012 Samsung was ordered by a court in San Jose, California to pay Apple just over $1 billion in damages for patent infringement. Apple is now seeking to ban the sale of certain Samsung products in the USA and a hearing is scheduled for 20th September for that claim. This long-running dispute between these technology giants over infringement of smart phone patents shines a spotlight on the failings of a decaying capitalist system.

The granting of patent rights dates back as far as Queen Elizabeth I. Patenting was originally a method by which to stifle innovation by granting a monopoly to a particular favourite of the monarch.

As the power of the feudal aristocracy declined the revolutionary bourgeoisie began to transform the economy and the patent system along with it. The feudal system was overthrown and an economy based on free exchange and individual property rights took root. Privilege based on hereditary titles was replaced by privilege based on money.

This was reflected by changes in intellectual property rights. Patent rights were transformed from an oppressive weapon used to buttress the strength of the monarchy into a progressive form of protection for individuals who were able to keep the rights to their inventions for themselves instead of being forced to pass them onto a parasitic feudal master.

Patent rights then represented a careful balancing act between giving rights to the inventor and allowing others to make use of the invention. Currently, patent law trades protection for publication: the details of the invention are published in return for roughly a twenty year monopoly.

An economy with free competition of capital as its basis will inevitably tend towards a concentration of that capital. As businesses merge, take over, and bankrupt each other we are left with an ever decreasing number of companies with an ever increasing percentage of the market share.

This inevitably results in a concentration of patent rights in the hands of a few companies, giving those companies a monopoly over the production of an ever increasing number of inventions. We seem to have returned full circle to a situation where patent rights are used to cement monopolies and stifle innovation, albeit in a capitalist context rather than a feudal one.

In February 2011 the oil companies BP and DuPont took a bio-fuels company to court over infringement of a patented advanced bio-fuel. Innovation in cleaner fuel was prevented through the use of patent law by oil companies.

The phenomenon of “submarine patents” is not uncommon. Companies will hoard as many patents as they can get their hands on without ever intending to use them to produce anything. Instead a “cold war” situation develops where Company A tries to sue Company B for patent infringement but Company B has accumulated enough patents that something produced by Company A probably infringes one of them, so Company B can sue Company A straight back.

Such a situation prevents improvements being made to existing inventions and the enormous litigation costs are all passed onto the consumer in the price of the products.

Is law reform the solution?

In its analysis of the Apple v Samsung issue, the Economist (01/09/12) notes many of these problems and attributes them to the current state of the law. Its solution is to reform the law on patents so that fewer inventions meet the criteria for patent protection thus benefitting consumers and innovators.

This suggestion fails to take into account the historical development of patent law as a reflection of the economic system that it regulates. The difficulties allegedly caused by patent law are not the cause of the problem but a symptom of it.

It would be incorrect to say that, without patent law, BP and DuPont would have been unable to stifle the innovation of a small bio-fuels company. It would also be incorrect to say that, if it weren’t for patent law, small companies would flourish and new inventions would increase. Because ultimately, what is to stop a large company buying out a smaller one, or undercutting and bankrupting it?

The real cause of the stagnation of innovation and the crushing power of big business is the concentration of capital that is inevitable in a capitalist system. Patent law is not much more than a manifestation of the power that concentration brings, but the enormous cost of patent litigation shines a spotlight on how stagnant and regressive capitalism has become.

Socialists stand for the socialisation of the means of production. If the patents currently being disputed by Apple and Samsung were owned by a socialist democratic state, billions of dollars and a wealth of resources would not be wasted on legal and other matters that serve no progressive purpose what so ever.

In fact, patents as such would disappear, as companies like Apple and Samsung would cease to be private entities. And the rudiculous trench wars aimed at stifling development would be replaced by cooperation for the benifit of all. These companies, whose products have become social in the sense that they are produced and used socially, would become common property. Their software and designs would be open to all, as well as the right to innovate and improve on them.

The bourgeois revolutions were able to smash the limitations on production and innovation created by the feudal system of property and servitude. The capitalist system introduced by the bourgeoisie has now also reached its limitations. It is the role of the working class to transform society and smash these capitalist fetters on development. This can only be done by placing the means of production under the democratic control of working people.