Over the last few years, the class struggle in Québec has passed several milestones that had not been approached in the previous 30 years. The Parti Québecois, camouflaging their programme in nationalist rhetoric, pursued austerity measures and anti-worker policies for years. Despite the claims of the bourgeois media, the defeat of the PQ in 2003 was a reaction to its attacks on the working class rather than a rejection of separatism, or a victory of federalist policies. The issues that brought down the PQ remained unaddressed by the Liberal administration under Charest, and a renewed wave of reactionary policies were savagely affected a few short months after its election. Without the nationalist rhetoric to mask class relations, working-class activity took on a character of renewed radicalization. 2003 saw a push for a general strike, which had the overwhelming support of the rank-and-file, but the movement was betrayed by a section of the trade-union bureaucracy. The discontent of the working class was reflected in other sectors of Québecois society as well, most notably the student movement culminating in the recent general student strike.

More than 1.2 million people took to the streets of Mexico City on Sunday April 24 in the so-called “March of Silence” to protest against the politically motivated case against Mexico City’s mayor, Lopez Obrador. The attacks against him have backfired on Vincente Fox and the Mexican ruling class, and the balance of forces is now tipped heavily in favour of Lopez Obrador and the mass movement.

The continuing revelations of the Gomery inquiry have unearthed the corruption in Canada’s “democratic” system. Canadians are getting sick of stories of government money being used for kickbacks to the Federal Liberal party. However, the collapse in support for the Liberals has not resulted in any major enthusiasm for the opposition Conservatives. The common opinion is that all politicians are corrupt. This reflects the crowing crisis in the ability of the capitalist parties to rule. Such swindles are seen as a cost of doing business under the present political system. Canadian voters are wishing a plague on both the Liberal and Conservative Houses. If the NDP is going to avoid being lumped in with the capitalist con-men it must adopt a radical program now. 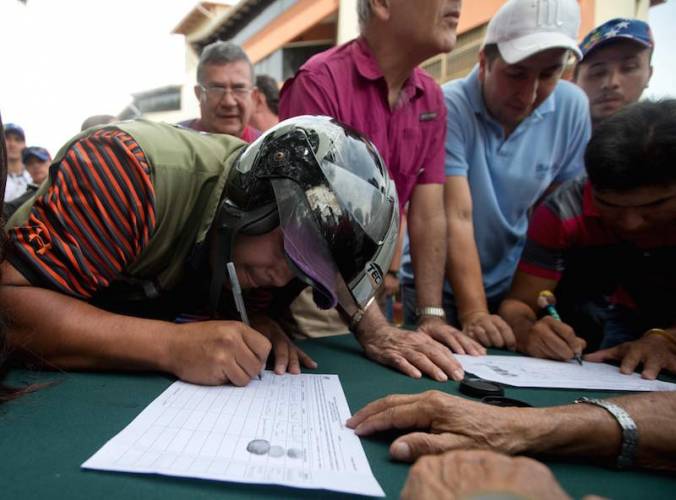 Genuine Marxists oppose the attempts of the Venezuelan oligarchy, backed by imperialism, to overthrow President Chavez. Why do we take this position? Because a defeat for Chavez in the referendum would be a heavy blow against the workers and peasants of all Latin America. It would be a victory for imperialism and the forces of reaction everywhere. The barricades have been drawn in this class war and it is necessary to take sides clearly and unambiguously. 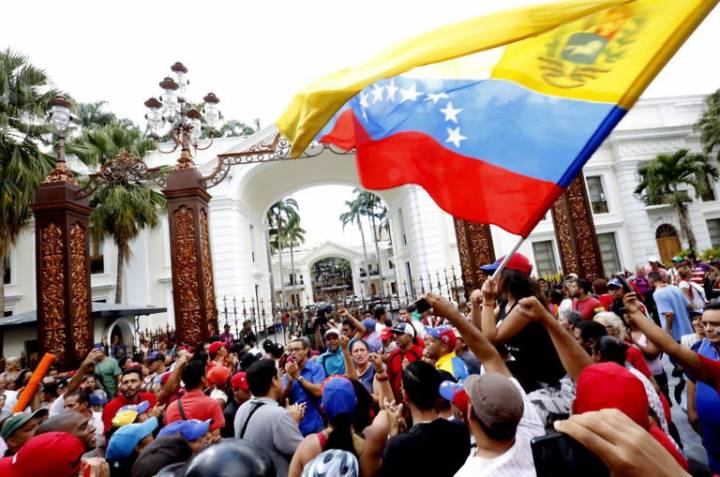 Venezuela's National Electoral Council released the result of yesterday's recall referendum on the government of President Hugo Chávez Frias. It was revealed that the opposition failed to obtain more votes than those who wanted Chavez to stay on as President. Even so, the opposition has refused to recognize the result and has charged that the "no" victory was based on electoral fraud. But does the result mean the opposition has suffered a decisive defeat? The internal and external enemies of the Venezuelan revolution cannot be reconciled by elections, referendums and negotiations. They will only be satisfied when the revolution is defeated.

We have just received the following declaration of the comrades of the Venezuelan Revolutionary Marxist Current (CMR), which we are pleased to republish in English and Spanish for our readers’ information. It is, in effect, a transitional programme that, taking its starting point from the concrete conditions of the Venezuelan revolution, explains what steps are necessary to build upon the victory in the referendum, carry the revolution forward and pose the question of workers’ power and socialism.