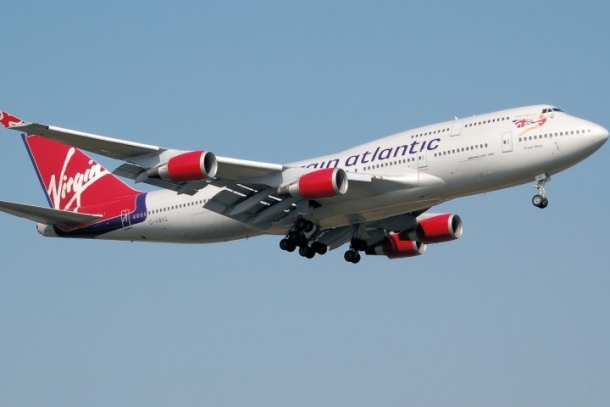 The coronavirus crisis has had immense impacts on the airline industry, which is now on its knees. Billionaires like Richard Branson are calling for government handouts to keep their companies afloat. We say: nationalise without compensation!

The global airline industry is on its knees, facing an unprecedented crisis. It is no exaggeration to say that this could be worse than 9/11 and the 2008 slump combined.

Airlines worldwide will need up to $200bn in emergency support. Aerospace manufacturer Boeing has called for $60bn in assistance for the international travel industry, which is bleeding money in the face of a global lockdown.

Attempting to contain the coronavirus outbreak, many governments suddenly halted international flights. Revenue rapidly dried up. As a result, the majority of carriers face the prospect of running out of money within two months.

“Boeing said the $60bn was needed to pay suppliers and maintain the health of its supply chain, which includes 2.5m jobs and 17,000 contractors. It argued for a mix of public support and loan guarantees…

“[A] large number of airlines grounded most of their fleets and announced plans to lay off thousands of staff as they confronted a crisis that executives said dwarfed previous periods of turmoil. In a further sign of the strains the industry is under, Moody’s on Tuesday lowered the credit ratings for a host of European airlines.”

Suddenly, millions of airline workers worldwide face the prospect of being out of work for months – quite possibly much longer.

Airline bosses have been quick to place the burden on those at the bottom of the pyramid: mainly pilots, engineers and cabin crew, but also more precarious workers like baggage handlers and dispatchers.

Many of these workers have either already been made redundant, or are now being asked to go on unpaid leave. Where national legalities don’t allow for this, workers have been forced to sign letters requesting to be put on voluntary leave, or face the sack.

The airline industry has been in a cyclical state for some time. But after the recession in 2008, there was a certain sense of optimism. Indeed, the industry saw a peculiar mini-boom in the last five years, with certain opportunities to be had worldwide.

Nevertheless, this was accompanied by ever deteriorating conditions as a result of the ruthless race to the bottom, driven by competition from the low-cost airlines. Yes, you could find a job a bit more easily - although most people found that the jobs on offer were nowhere near as good as 20 years ago. But at least there were jobs available.

This has all come crashing down in an extraordinarily dramatic fashion. In my own company, the mood initially was one of denial: it would all be over soon enough and everything would be back to ‘normal’ after a few weeks.

This mood was quickly replaced by one of shock: could being without any salary for several months really be happening? Most people are still in this phase, and may be for a little while longer.

However, this state of shock is quickly making place for the next phase: anger. Anger at the situation, which is not fully understood yet. But also anger at incompetent management, which is either hiding completely and barely communicating; or which is very quick to put an ultimatum to their workforce: take the unpaid leave and hope that there will be a job to come back to in however many months. Nevermind the basic salary as stipulated in the contract.

At the bottom end, you have the zero-hour contract workers like baggage handlers, who have always lived from paycheck to paycheck. These precarious workers risk being evicted out of rented accommodation very soon, and will be condemned to poverty in a very short space of time.

This also goes for the flight attendants in certain airlines. My own cabin crew colleagues, for example, are now facing the very real risk of becoming homeless in a dangerous UK town, and will be unable to go back to their home countries.

At the top end, you have the pilots. Depending on the company, these tend to have a bit more of a buffer - although a lot of the formerly cushy jobs have long since been proletarianised. Most pilots also live from month to month, and have families to feed and mortgages or rent to pay.

For the Virgin Atlantic pilots - who were relatively well paid - being forced onto eight weeks unpaid leave is a real shock to the system. In Australia, Qantas has scandalously stood down two-thirds of its 30,000-strong workforce without pay.

Capitalists have the uncanny ability to turn 'socialist' when markets stop working. All of a sudden, these ladies and gentlemen seem to undergo a Damascene conversion and go cap in hand to their respective national governments to bail them out. 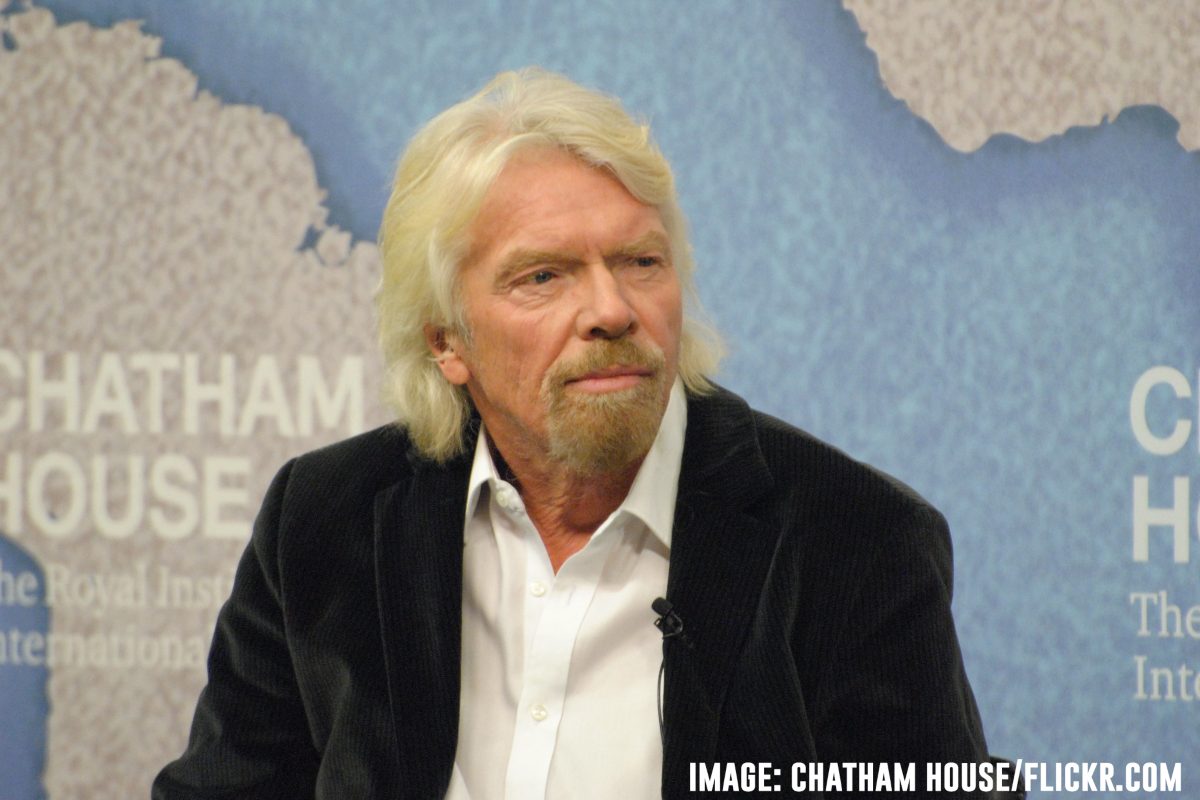 This unscrupulous billionaire is now up to his same tricks, having the cheek to ask the UK government for a £7.5 billion bailout of the country’s aviation industry. In other words, to demand that the taxpayer foot the bill in order to preserve his private profits!

Branson - who is worth £4 billion - was rightly mocked on social media, with many quick to suggest that he could sell one of his private islands in order to pay his workers. The cost of paying all of his 8,500 workers £500 a week would be a mere £4.2 million; a total cost of £34 million for 8 weeks. Branson would barely notice the dent in his vast fortune!

What is needed is a worldwide bailout of the airline industry. But not one where the losses are nationalised and the profits are privatised. The airline companies must be taken out of the hands of billionaire bosses such as Branson. This is the only way to preserve any semblance of air infrastructure in countries all over the world.

We can certainly expect unprecedented government intervention in the coming weeks to stop the airline industry from plummeting. But we cannot trust the current airline bosses to simply accept government money and continue as if nothing happened.

Instead of simply throwing money at failing businesses, we should take them over completely and have them run for needs, not profits.

Air travel is a vital component of the modern global economy. But capitalism has utterly failed to make this crucial infrastructure run properly. Far from being utopian, therefore, bold socialist measures are the only way out of this crisis - for the airline industry, and for wider society.

Now they're asking for a bail out that is almost equal to the value of every airline combined.

If we're going to pay for it, we keep it.

Nationalisation should be accompanied by workers’ control: giving power to those who actually run the show, and introducing genuine democracy in the workplace. After all, in the last few days, airline workers have seen the utter incompetence of their managers in dealing with this sector-wide catastrophe.

If the shareholders claim poverty, we say: open the books! Let us check what the accounts say exactly. If the bosses cannot provide for our survival in the coming months, the demand must be for the shareholders to pay for workers’ wages out of their dividends and profits.

After all, it is us, the people who actually do the work, who generate the profits. As Karl Marx explained, the capitalists’ profits come from the unpaid labour of the working class. They come from the value created by workers. And this is no different for airline workers, even in the year 2020.

Have these profits been used to increase wages and improve conditions? No! The profits have been pocketed by the shareholders, or used to buy back shares in the same companies in order to falsely inflate share prices.

The workforce will now be drastically slimmed down. It is likely that it will stay that way even after the crisis has passed. So what to do?

The first port of call should be the shareholders. It is they, not taxpayers, that should bail out bankrupt companies. Full wages for all workers should be guaranteed.

After this, we can then talk about taking the airlines into public ownership - without compensation, and under workers’ control. This should be done alongside the nationalisation of the railways, buses, and ride-hailing companies, to begin the development of a publicly-owned and integrated transport system, as part of a socialist plan of production.

And it is only by planning production that we can tackle the current covid-19 crisis. With workers’ control and economic planning, we could quickly and efficiently allocate resources to where they are most needed. This is what was done in the past to fight wars - and it is what is needed now to fight this war against disease.

The airline industry harbours much untapped talent. This now lies completely idle, at a time of dire need.

But highly-trained flight attendants, for example, could be redeployed on full pay, using their people skills to assist with crowd control in overloaded hospitals and supermarkets. Pilots of passenger planes could be provided with proper safety equipment (so far sorely lacking) and could - assuming hygienic procedures are introduced - be tasked with flying these planes to carry supplies to where they are required.

Even capitalist mouthpieces like the Financial Times indirectly admit the failure of their system, giving examples of what could be done in other industries:

If big business papers like the FT can come up with such suggestions, then surely workers - organised and given control of industry - could do even better. 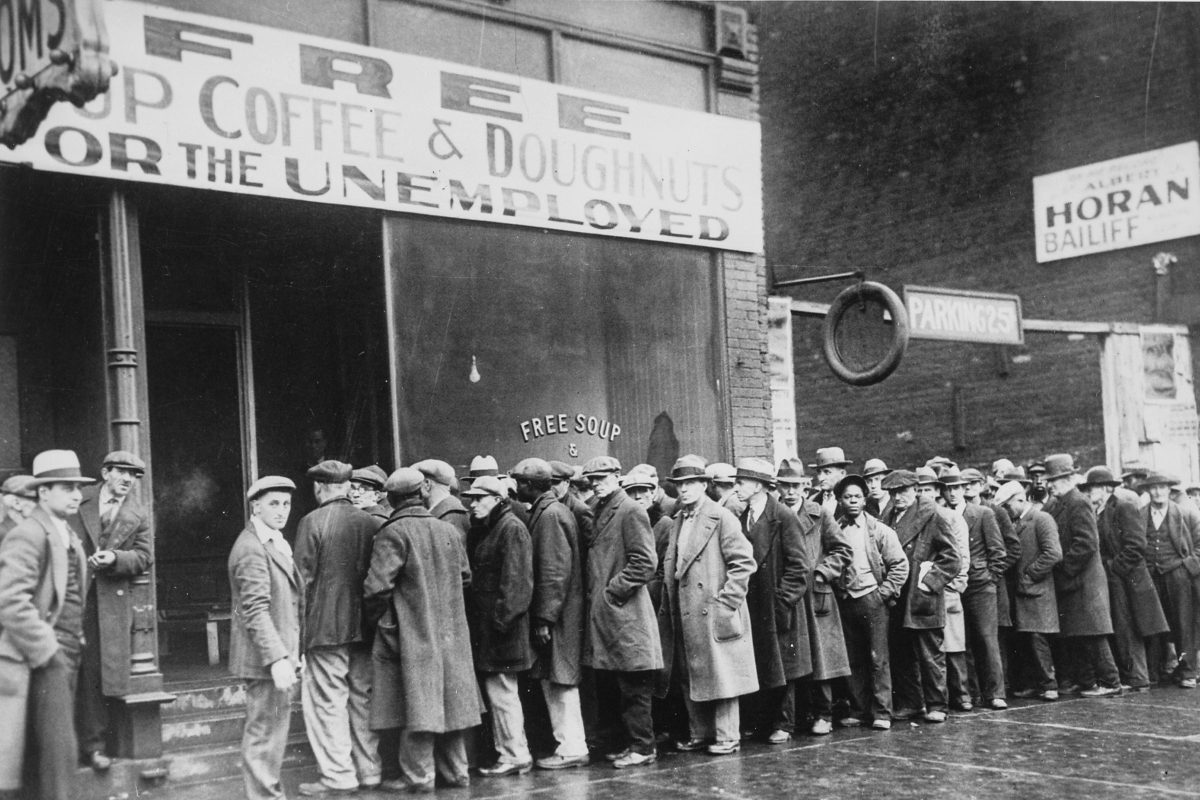 The stock market crash is turning into an unprecedented financial crisis, which will soon turn into a depression / Image: Socialist Appeal

The coronavirus pandemic opens up a new chapter in world history. Nothing will ever be the same again. Many people will be forced to evaluate their previously held beliefs.

There lie many horrors ahead. The stock market crash is turning into an unprecedented financial crisis, which will soon turn into a depression.

A decade of austerity and attacks on essential services has stripped away the mask and revealed the ugly face of capitalism. Handouts for the banks and shareholders will not be enough, even on capitalist terms, however big they will be. Nor will Keynesian measures of government spending and stimulus.

Exceptional measures are required to overcome this crisis. Only by taking control of the economy and production can we drag society out of this living nightmare.