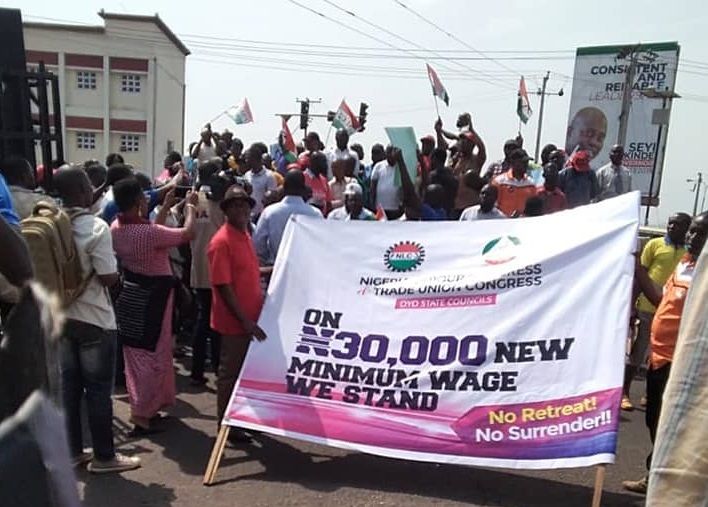 The trade union leaders in Nigeria have betrayed the working class once again by selling out a planned general strike against power and fuel price hikes, unleashing unprecedented anger by members crushed beneath economic hardship and the COVID-19 pandemic. The workers need a fighting leadership!

The bourgeois economists have made several alarming predictions of impending economic crisis in Nigeria over the past five years. However, not even the far-sighted bourgeois analysts foresaw the rapidity and the intensity of the current crisis. The COVID-19 pandemic has sped up the process in a way that none of the establishment strategists, including in the most-advanced capitalist countries, ever envisaged.

Although the Buhari regime in Nigeria inherited a total debt of $63 billion when it came to power in 2015, in its desperate bid to spend itself out of the economic nightmare it inherited, the regime has ended up pushing the debt up to $73 billion by 2018. At the time of writing (11 September 2020), the debt stands at $85.9 billion, with the burden growing beyond what the regime can maintain. 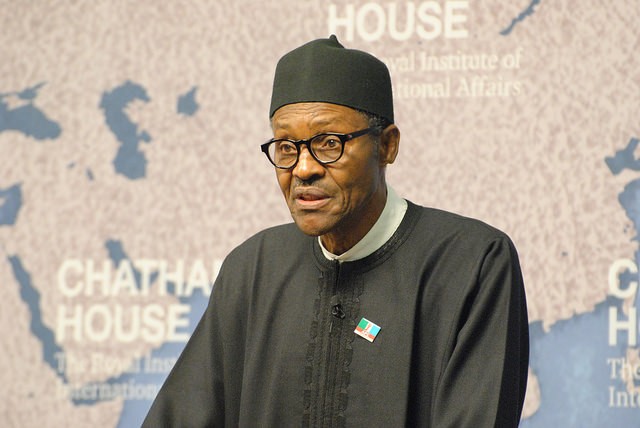 Saddled with debt and crisis, the Buhari regime has carried out attacks on the workers in the form of regressive taxes, price hikes and keeping the minimum wage down / Image: Global Panorama, Flickr

Fitch Ratings has downgraded Nigeria’s Long Term Foreign Currency Issuer Default Rating (IDR) from a ‘B+’ rating to ‘B’, with a negative outlook in April 2020. In its latest July report, it said that Nigeria’s global rating is at risk, following a sharp rise in its sovereign debt and a growing finance gap. The rating agency has disclosed that these factors could trigger a rating downgrade once more. In the midst of this, Nigeria GDP contracted by 6.1 percent in the second quarter of 2020. The economy has also come under enormous pressure in Nigeria’s foreign exchange dealings, with the Naira officially devalued to N380-to-the-dollar.

Meanwhile, annual economic growth averaged over 7 percent in the 2000s, with oil sold sometimes at over $140 a barrel. And yet Nigeria is one of the few African countries where both the number and percentage of people living below the national poverty line over that period increased: from 69 million in 2004 to 112 million in 2010, equivalent to 69 percent of the population. Ironically, in the same period, the number of millionaires increased by approximately 44 percent, with income inequality, as measured by the Gini Index, growing from 40 percent in 2003 to 43 percent in 2009.

It should come as no surprise, then, that the regime now thinks it time to cut back on the borrowing as well as significantly servicing the backlog of incurred debt. But this about-turn is coming at a time when the Nigerian masses are already overburdened. The impact of COVID-19 has exacerbated the misery that the overwhelming majority of Nigerians were already experiencing. The masses are clearly at a breaking point. This last straw seems to have finally broken the camel’s back.

There have been a series of price rises on basic necessities and attacks on working people and the poor that have all taken their toll. This started with a hike in Value Added Tax (VAT), which was raised from 5 percent to 7.5 percent in February; followed by the government reneging on payment of the new N30,000 minimum wage, as signed into law in April 2019; followed almost immediately by the imposition of 6 percent stamp duty on tenancy and lease agreements for those renting houses; to the recent hike in electricity tariffs (despite many people lacking power) and then lastly the increase in the price of fuel from N122 per litre in June 2020 to N142 per litre in July, to N150 per litre in August, and now to N162 per litre. This is happening at a time when Nigeria still remains the ‘poverty capital of the world’, with a tripled unemployment rate within five years.

Under enormous pressure from their rank-and-file (which became to too great to ignore) and also from various radical organisations (especially the Joint Action Front, a coalition of labour and community organisations that have put on rallies and public mobilisations), the main Nigerian trade union confederations (the NLC and TUC) eventually issued an ultimatum to the government on 17 September, set to elapse on the 28 September. The demand of the ultimatum was that the government rescind the hike in petrol and electricity prices, or else face an indefinite general strike.

It was obvious from the beginning that the regime has only very limited room to manoeuvre. But the labour movement leadership, which was dragged into the struggle against its will, seemed to lack a basic understanding of the enormity of what is at stake. It refused to carry out any serious mobilisation for the battle. It merely planned to scare the regime, force a small concession from the government, and thereafter package this as a major victory. The union leadership never factored the peculiarity of the current period into their calculation. During the period covered by the ultimatum, the unions made a lot of noise but did nothing concretely on ground to prosecute a successful battle against the regime, which is obviously in a parlous state.

It did not then come as a surprise when the union leaders once again capitulated and betrayed their ranks by shelving their action on the eve of the strike, without achieving any concrete concessions from the government. But, unlike the previous compromises, this seems to have been one-too-many. The anger that followed this time around was unprecedented.

Nearly all trade union branches expressed fury in one form or another. While in many branches, the local union leaders avoided risking their own little privileges, which could be threatened by openly criticising the national leadership; in some trade union centres (for instance, Edo State), the planned protest against price hikes was converted into protest against the corrupt national leadership, whom many activists described as traitors. There were also reports of text messages sent directly to the NLC and TUC leaders, threatening their lives. Social media was awash with seething rage, threats and insults. The authority of this bunch of betrayers has suffered irreparable damage; but unfortunately they are also dragging the mass organisations of the working class in Nigeria down with them.

Liberals and demagogues fill in the vacuum

The immediate beneficiaries of this great betrayal by the labour leadership are the liberals and demagogues, who immediately stepped up their campaigns. They promise everything to everyone without any explanation of how anything will be achieved. Armed with no definite ideology except that of the ruling elite, the demagogues, using high-voluting, radical-sounding phrases, exploiting the desperation of the Nigerian masses, stepped in when the labour leadership shamefully stepped back. They claim to offer themselves as fearless leaders who will finally take the masses to the long-desired promised land.

This betrayal by the labour leadership obviously sets the movement back somewhat, but it is only a slight setback that is preparing ground for a stronger and bigger comeback: it is the beginning of radical transformation of the mass organisations of labour. The shattered authority of these useless bureaucrats at the top is a prerequisite to removing them from the positions they shamelessly occupy. This is also necessarily the beginning of the exposure of how empty the promises of the liberals and demagogues really are.

Build an opposition inside the unions 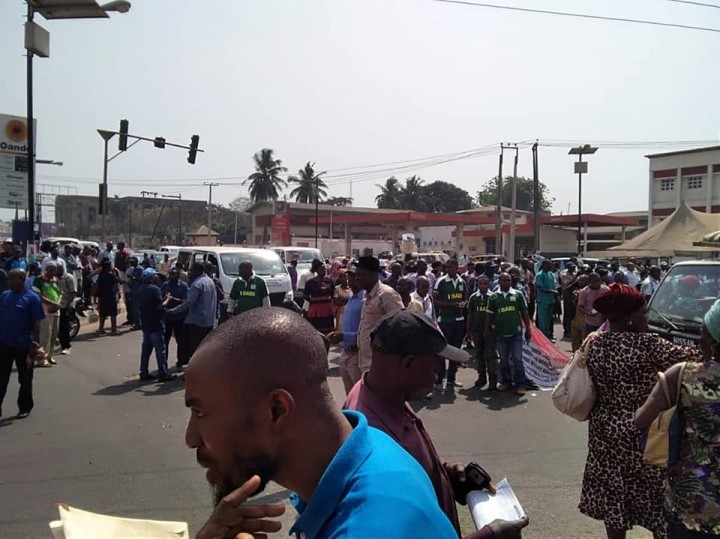 After this latest betrayal, the workers need a fighting leadership in the mass organisations who will represent their interests / Image: CWA

The first thing that needs to be done is to start organising the workers in the ranks of the unions. Shop stewards should start to coordinate the individual factory shop stewards' committees into local coordinating committees. These should then be organised at a city, state and finally federal level. This body should work towards changing the trade unions and making sure the wishes of the rank-and-file workers are respected. If we go into another strike in the future, such a body could become an instrument for taking decisions from the bottom upwards. It could put a stop to the antics of the TUC and NLC leaders and force them to abide by the decisions of the workers. A channel through which the workers can express themselves must be built. In some areas, industrial councils already exist. These must be expanded and built upon.

This does not mean a break with the NLC and TUC. On the contrary, it means going into these organisations and making sure the will of the workers is imposed there. To ensure this happens it is also necessary to build a left opposition in the NLC and TUC. Starting from the rank-and-file, this opposition should be organised with the aim of getting genuine working-class fighters elected to leading positions in the unions. By doing this systematically at all levels, eventually the workers would get the leadership they deserve.

Such a campaign should put forward some basic demands about working hours and conditions, wage levels, the minimum wage, etc. But they should also include demands for the democratisation of the unions. Democratic elections should be guaranteed at all levels, with officials chosen by and accountable to the workers they are to represent. There should also be a right of recall. If a leader or an official does not carry out the wishes of the workers who elected him or her, then they should be removed and replaced by someone who genuinely defends the workers.

Added to this we must insist on the demand that these trade union leaders and officials should not get a wage higher than the workers they represent. If they live like the workers then they will think twice before accepting such rotten deals as the recent one on fuel prices. Where do current union tops Waaba and Olaleye live? We know it is not in the slums of Lagos or Abuja. Why should this be? They should live like the workers. If such a rule were introduced then we can be sure that the careerists and bureaucrats would steer clear of leading positions in the unions. Only genuine fighters would come forward to be elected.