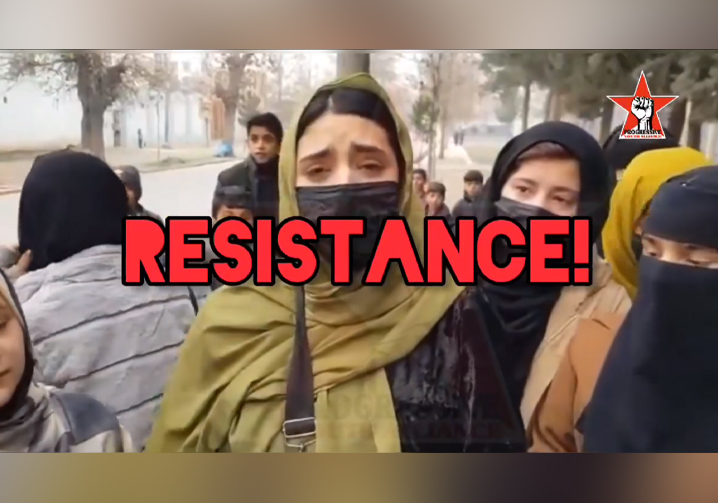 Since returning to power in 2021, the Taliban in Afghanistan have subjected women to a brutal regime of oppression, whilst the whole population has been plunged into an abyss of hunger, disease and misery. Now, women have been excluded from education, leading to renewed protests. Hundreds of brave women have taken to the streets of Kabul and other cities, fully in the knowledge of the risk to their lives in doing so. In this video, the comrades of the Progressive Youth Alliance (PYA – the youth wing of the IMT in Pakistan) send their solidarity.

The regime of the Taliban is a direct product of imperialist meddling. The fundamentalist groups that would later form the Taliban were directly funded by the CIA in order to undermine the Soviets in the 1980s. The twenty-year war waged by US imperialism and its allies, beginning in 2001, cost hundreds of thousands of lives, and in the end only paved the way for the return of the Taliban.

The oppressed masses of Afghanistan can rely for their liberation upon no one but themselves, and upon the solidarity of the working class of the region, particularly the working class of Iran and Pakistan who are engaged in a day to day struggle against their own oppressive ruling classes.